Support slipping for indefinite US aid to Ukraine, poll finds 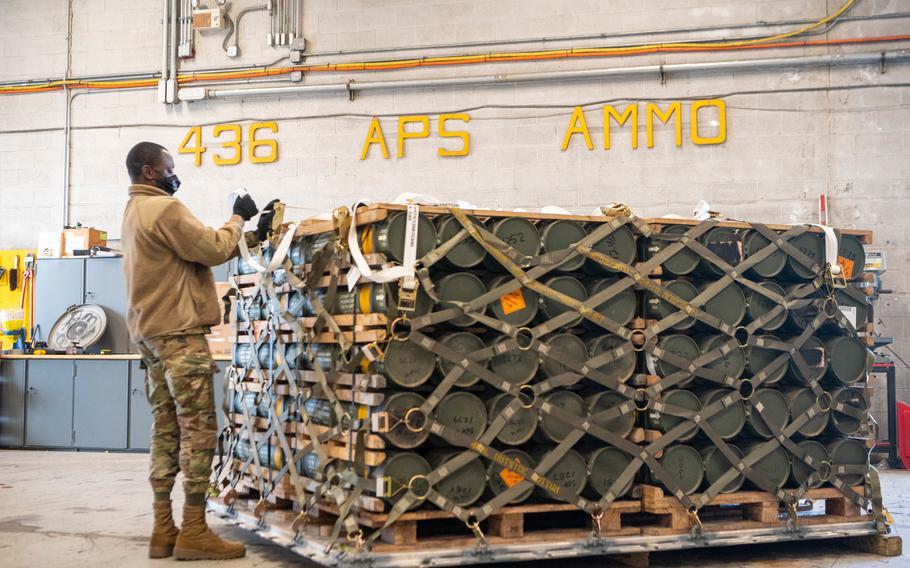 A strong majority of Americans continue to support sending arms and economic aid to Ukraine, according to a poll released Monday. But as the conflict drags into winter, Americans are divided over whether Washington should push Ukraine to reach a negotiated peace as soon as possible.

More than two-thirds of respondents back supplying Ukraine with weapons and economic assistance, and about three-quarters support accepting Ukrainian refugees and sanctioning Russia, according to the survey conducted by the Chicago Council on Global Affairs last month.

With Russia's war in Ukraine in its 10th month, and no end in sight, Americans are split over whether Washington should urge Ukraine to reach a peace settlement with Russia imminently, the survey found. A plurality — 40 percent — said the United States should continue its current levels of support to Ukraine indefinitely. Fifty-three percent of Democrats favor this approach. In July, however, 58 percent of American respondents said the United States should help Ukraine for as long as it takes, even if that meant higher gas and food prices for American consumers. Now, 47 percent say Washington should push Kyiv to reach a peace settlement soon.

A plurality of Republicans, however, would opt to gradually withdraw U.S. support from Ukraine. Overall, 29 percent of respondents hold this view, while about a quarter said the United States and its allies should intervene militarily to help Ukraine win the war quickly.

Ukraine launched a major counteroffensive this fall, recapturing the northeastern Kharkiv region and forcing Russia to withdraw from the southern city of Kherson. Kyiv has vowed to press on with its counteroffensive, with the stated goal of returning all territory captured by Russia — including eastern Ukraine and Crimea, which Russia seized in 2014 — to Ukrainian control. Kremlin spokesman Dmitry Peskov has accused Ukraine of refusing to negotiate but suggested that Russia will not budge from its demand for international recognition of the Ukrainian territories it claims to have annexed.

But obstacles threaten to slow the Ukrainian advance, and Russian positions are entrenched along a front line stretching hundreds of miles through southern and eastern Ukraine. Americans held differing perceptions of which side has the upper hand, the Chicago Council survey found. Around a third of Democrats say Ukraine has the advantage, compared with 23 percent of Republicans and 22 percent of independents. Overall, 46 percent of respondents think neither Ukraine nor Russia has the advantage.

"If people think that Ukraine has the upper hand, they're much more supportive of continuing aid to Ukraine," said Dina Smeltz, one of the researchers.

In October, Group of Seven leaders formally endorsed Ukrainian President Volodymyr Zelensky's terms for a peace deal, which would require Russia to withdraw from all illegally occupied Ukrainian sovereign territory.

Last week, Biden said he is prepared to meet with Russian President Vladimir Putin if Putin indicates he is interested in ending the war. "He hasn't done that yet," Biden told reporters at joint news conference with French President Emmanuel Macron in Washington. Defense Secretary Lloyd Austin, meanwhile, has promised to keep helping Ukraine achieve its battlefield aims.

"We have been very clear that the United States and countries around the world will never — never, never, never — recognize territory that Russia has illegally annexed," State Department spokesman Ned Price said at a news conference Friday.

With Republicans soon to take control of the House of Representatives, ushering in an era of divided government, proposals for additional aid to Ukraine could face more resistance. Ahead of the midterm elections last month, some Republican candidates campaigned on ending financial support for Ukraine. Rep. Kevin McCarthy (R-Calif.), the Republican nominee to be the next House Speaker, has said Republicans will not write a "blank check" for Ukraine.