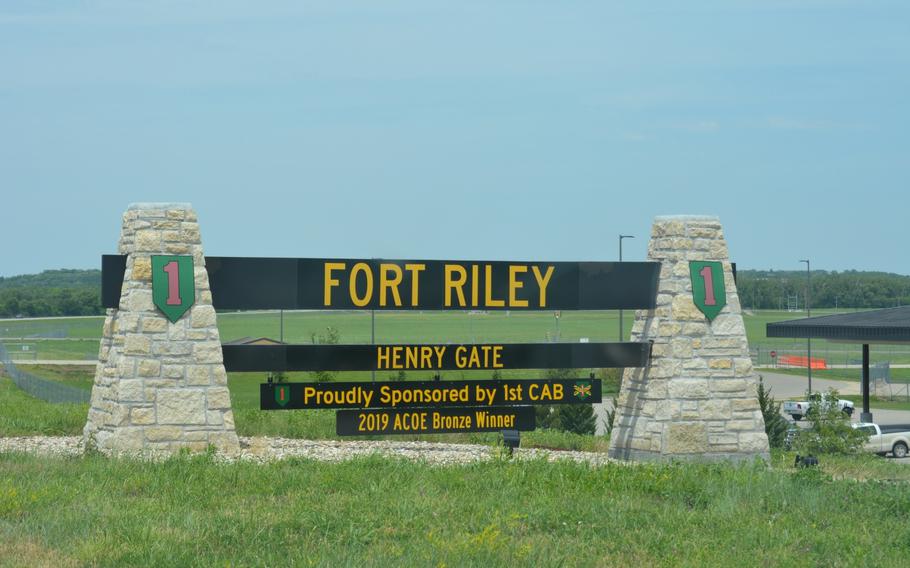 Spc. Jalen D. Thomas, a 21-year-old soldier assigned to Fort Riley, Kan., was charged with murder, manslaughter, assault and domestic violence in connection to the August death of Sgt. Stacy Subotich, 30, was also assigned to the base. (U.S. Army photo)

A 21-year-old Fort Riley soldier is facing a murder charge in the stabbing death of another soldier at the Army base in Kansas, according to Army court documents and local police.

Spc. Jalen D. Thomas was charged with murder, manslaughter, assault and domestic violence, in connection with the death of Sgt. Stacy Subotich, 30. She died Aug. 6 in Junction City, a town about five miles from Fort Riley.

Subotich, who was from Georgetown, Texas, enlisted in November 2017 and had been assigned to Fort Riley since May 2019, said Lt. Col. Alex Tignor, spokesman for the 1st Infantry Division at Fort Riley.

The names of all victims were redacted in the court documents, but Subotich was identified by the Junction City Police Department.

Thomas entered a guilty plea during his arraignment hearing Wednesday before Col. Steven Henricks, a judge in the 3rd Judicial Circuit, according to the Army’s online court records. However, the records do not show whether he pleaded guilty to all or only some of the charges.

Tigon declined to answer questions about the case, but said the next court appearance for Thomas is scheduled for Dec. 2.

Junction City police initially arrested Thomas, but the case was later turned over to the Army Criminal Investigation Division and the charges were filed through the military justice system. Thomas was previously held at Geary County Jail, but has since moved into the Army’s custody, according to the jail.

Thomas, who is from Brandon, Fla., enlisted in the Army in June 2019 and was assigned to Fort Riley in February, Tignor said.