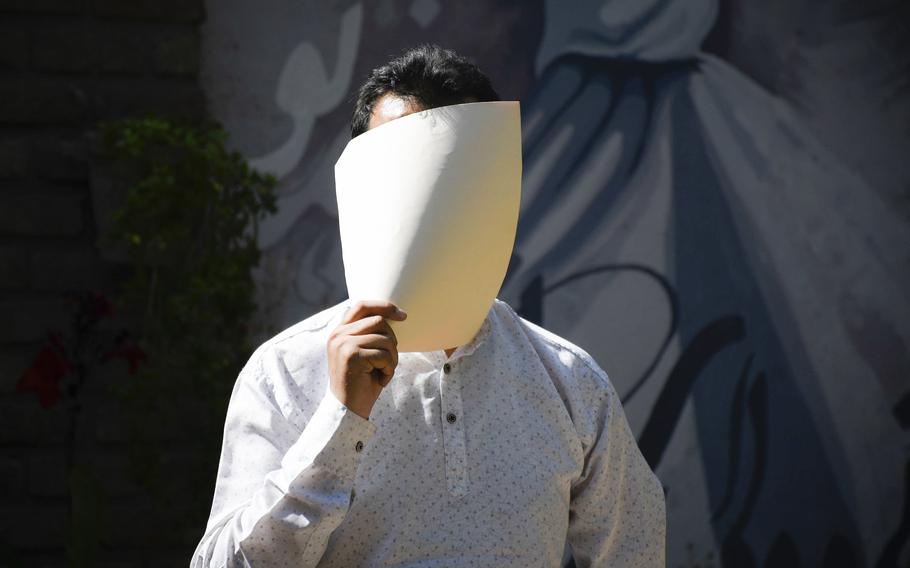 A former interpreter for U.S. forces who left Afghanistan in 2020 on a Special Immigrant Visa. The program, which provides visas to interpreters who worked with American troops during the war in Afghanistan, may end next year. (J.P. Lawrence / Stars and Stripes)

A Republican senator’s latest moves against a program that provides visas to interpreters who worked with U.S. forces in Afghanistan could spell doom for it, some advocates and aides say.

Lawmakers this week are debating a provision in the annual defense budget that would extend the Special Immigrant Visa program beyond 2023.

Iowa Sen. Chuck Grassley has raised objections that could kill the program, Jeff Phaneuf, advocacy chief at the Virginia-based nonprofit No One Left Behind, said in a statement Wednesday.

“Ensuring the continuation of this program is critical to keep our promise to those who stood shoulder to shoulder with U.S. troops on the battlefield,” Phaneuf said, adding that thousands of translators remain in Afghanistan and are seeking the visas.

The Special Immigrant Visa program resettles translators and their family members who face risks to their lives because of their previous work with the U.S. Currently, anyone who applies by Dec. 31, 2023, will be considered.

A spokesman for Grassley declined to comment on the senator's position but said the matter is part of ongoing negotiations, in which various lawmakers have concerns.

"It seems there are a number of objections, from both the House and Senate minority," George Hartmann, deputy communications director Grassley, said in an email Wednesday.

Grassley is the ranking Republican on the Senate Judiciary Committee, which has jurisdiction over the SIV program. He has objected to it in the past and tried repeatedly to limit its scope, The Daily Beast reported in 2018.

He has taken issue with what he consider “lax standards” in the program and has sought to include stipulations that only Afghans who were classified as a translator or interpreter can apply for an SIV, according to The Daily Beast.

Grassley represents a “significant hurdle” to the program’s survival, said a congressional staffer who is familiar with the negotiations but is not authorized to speak publicly on the matter.

“Barring something rather extraordinary, the provision probably doesn't get included and the SIV program would effectively stop at the end of 2023,” the staffer told Stars and Stripes on Wednesday.

But the program has survived previous objections by Grassley, noted Lawrence Montreuil, legislative director at the American Legion. He downplayed the foreboding expressed by the congressional staffer.

“We're frustrated by his opposition, but we're not overly concerned that Sen. Grassley will succeed,” Montreuil said Wednesday, adding that if the program ends up in a dire predicament, the American Legion and other groups will lobby for it.

The U.S. welcomed some 74,000 Afghans after the fall of the American-backed government to the Taliban in August 2021. About half of them are eligible for SIVs or have applied, a senior administration official said in 2022.

The SIV program has seen case delays lasting years because of understaffing and a reliance on outdated technology, a State Department inspector general report in 2020 said.

The debate comes amid advocacy for another bill, the Afghan Adjustment Act, which provides permanent legal status to Afghans outside the SIV program or the asylum system.