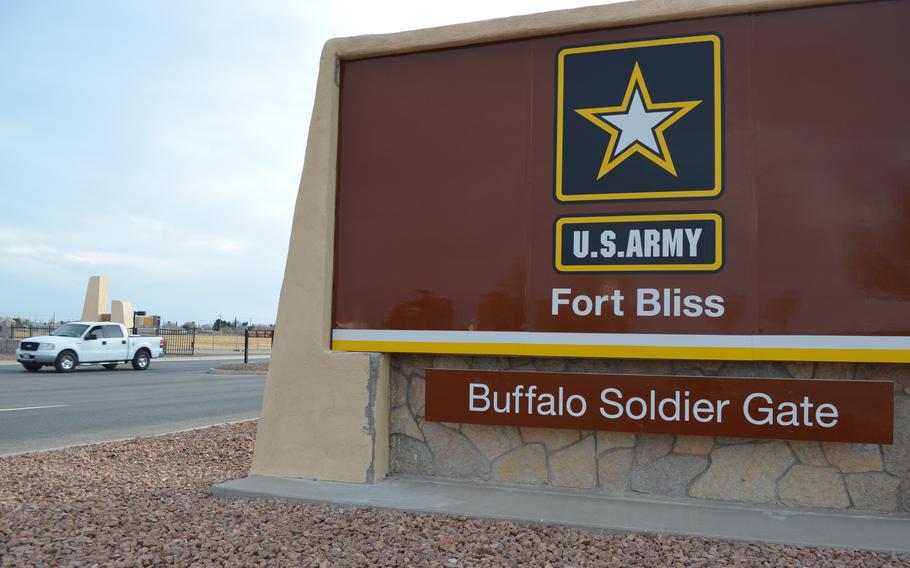 A 19-year-old soldier assigned to Fort Bliss, Texas, was arrested Tuesday and charged with murder for a shooting that killed another soldier and wounded three other people outside a bar in nearby El Paso, according to local law enforcement.

Army Criminal Investigation Division agents arrested Pvt. Craig Trevion Gooding on the base and transferred him to the El Paso Police Department, according to El Paso police. He was charged with murder for shooting and killing Staff Sgt. Jewllian Maurer, 29, and was being held in El Paso County Detention Facility with bond set at $250,000, police said. 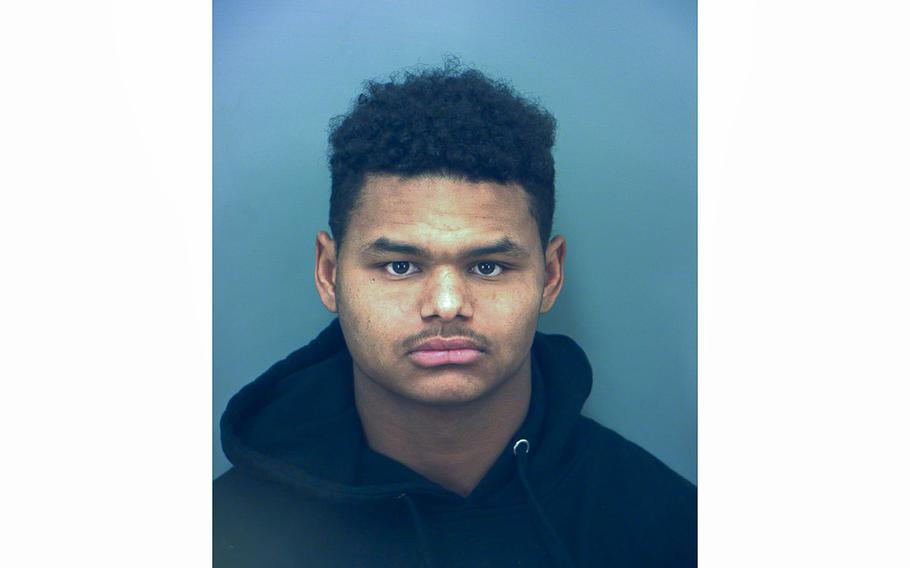 Pvt. Craig Trevion Gooding, 19, who is assigned to Fort Bliss, Texas, was arrested Tuesday, Oct. 18, 2022, and charged with murder in the shooting death of Staff Sgt. Jewllian Maurer, 29, who was also assigned to Fort Bliss. Police said Gooding shot Maurer during an altercation outside of an El Paso bar on Oct. 16, 2022. (El Paso Police Department)

Police were already at the shopping center where the bar is located when the shooting took place. Police officers were investigating an unrelated call at about 2:20 a.m. Sunday when they heard gunshots near the bar EP Clubhouse, according to Gooding’s arrest affidavit.

Evidence at the crime scene revealed a possible shootout occurred based on the number of bullet casings and impact strikes found in surrounding parked cars and within the walls of the shopping center, according to the affidavit.

The shootout followed an altercation in which Maurer punched Gooding in the face. He then displayed a handgun and fired it toward the ground, according to eyewitness accounts and surveillance camera footage described in the affidavit. Gooding then shot toward Maurer, the affidavit said.

Maurer was still holding a gun in his hand when officers found him severely wounded on the ground, police said. He was taken to an area hospital where he was pronounced dead.

Police found one other victim in the parking lot with a non-life-threatening gunshot wound. The remaining two victims, one of whom was a soldier, arrived on their own at local hospitals. At least two other soldiers were there when the shooting occurred, according to the affidavit.

Gooding is a motor transport operator assigned to the 2nd Armored Brigade Combat Team, 1st Armored Division, according to a statement from Fort Bliss.

“Fort Bliss continues to cooperate with the El Paso Police Department as they further investigate the circumstances surrounding the incident,” according to the Fort Bliss statement.

Fort Bliss is home to about 25,000 active-duty soldiers and its largest unit is the 1st Armored Division. It is located in west Texas with training ranges that stretch into New Mexico.