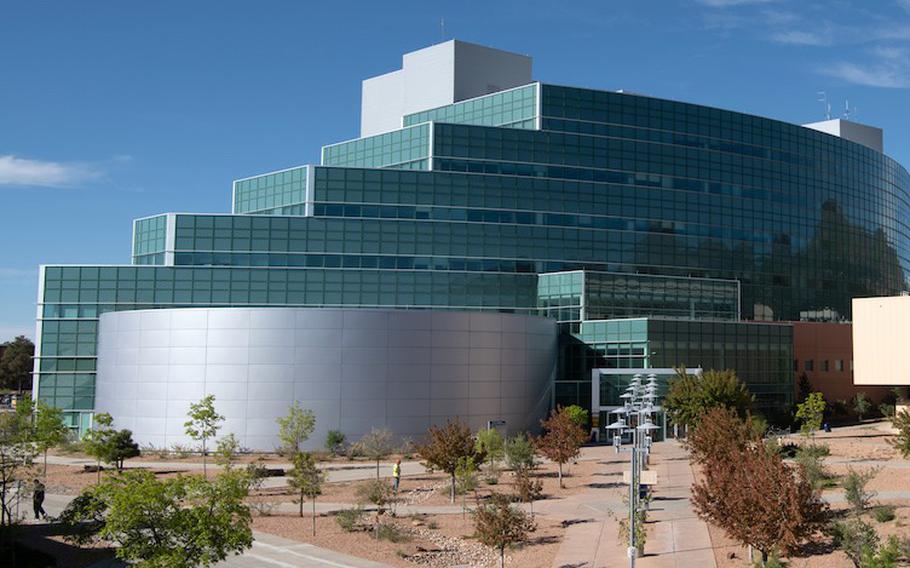 (Tribune News Service) — Los Alamos National Laboratory's effort to produce 30 nuclear bomb cores a year by 2026 was stalled for 13 months because of the coronavirus pandemic, calling into question whether it can make the much-touted target.

An anti-nuclear activist obtained a redacted management plan for the lab's plutonium operations through a Freedom of Information Act Request, which describes how the production deadline is more likely to be missed because of preparatory work being delayed during a hard-hitting stretch of the pandemic.

During a 20-month stretch, only seven months of work was accomplished in modernizing the plutonium facility and bolstering operations so the lab could reach the first goal of making 10 warhead triggers, called pits, by 2024, according to the document obtained by Los Alamos Study Group.

If the stymied work is making it more likely the lab will miss that first target, it's unrealistic to think it will meet the subsequent deadlines of 20 pits by 2025 and 30 pits by 2026, said Greg Mello, the group's executive director.

"We don't see them suddenly catching up," Mello said. "It's hard to catch up when you're 13 months behind."

The National Nuclear Security Administration, the U.S. Energy Department branch that oversees nuclear weapons, didn't respond to questions about statements made in the review.

The offices of U.S. Sens. Martin Heinrich and Ben Ray Luján, who are strong supporters of the lab's nuclear weapons program, didn't respond to requests for comment about the potential pit production delay.

Mello said the lab missing the deadlines is "no big deal" because they are arbitrary and producing new pits for the nuclear stockpile is unnecessary, especially in the 2020s.

"From the policy perspective, you have to wonder why these deadlines were set in the first place, if they aren't that important … or if they turn out to be infeasible," Mello said.

The initial mandate for pit production came under former President Barack Obama, whose administration pushed for the U.S. to have the capability to manufacture 50 to 80 pits.

Under President Donald Trump, military leaders, nuclear security officials and some senators — including Heinrich — set a firm timeline of having the Los Alamos lab and Savannah River Site in South Carolina make a combined 80 pits a year by 2030.

This objective was written into the 2018 Nuclear Posture Review, which said new pits were needed to modernize the country's arsenal to deter adversaries such as Russia, China, Iran and rogue states that were improving their first-strike capabilities.

President Joe Biden announced plans last year to update the nuclear guidebook but has yet to do it.

Jill Hruby, who heads the nuclear security agency, has determined the original target for Savannah River to produce 50 pits was untenable and said the mid-2030s was more realistic.

For years, critics had said turning Savannah River into a pit factory would be more costly and time-consuming than initially estimated.

That site was originally intended to be a plant to turn old weapons-grade plutonium into mixed-oxide fuel for nuclear reactors. But skyrocketing cost overruns led to the federal government scuttling the project in 2019 after spending more than $7 billion.

Some federal officials have estimated the costs of converting the complex to a pit plant could run as high as $14 billion.

She and other Energy Department leaders have approved plumping up the budget to boost the lab's plutonium operations and modernize the facility. Proposed funding would climb to $1.6 billion from this year's $1 billion, a more than 50 percent increase.

Watchdogs have said the artificial deadlines create a false sense of urgency to leverage more funding.

Jay Coghlan, executive director of Nuclear Watch New Mexico, said the lab has a history of delays and cost overruns that predates the pandemic.

"I suspect LANL and [the federal government] are using COVID as a convenient excuse for what's going to happen anyway," Coghlan said. "I'm certainly not saying there was no delay for COVID, but I doubt this much."

Coghlan said the revelation is significant because it's the first official confirmation the Los Alamos lab is running behind schedule with its planned pit production.

Mello said some federal officials several years ago, including at the Institute for Defense Analysis, were skeptical of the lab's 2026 deadline and warned against pushing too hard, too fast.

"They thought that was old news, that LANL was going to have a very hard time meeting that deadline," Mello said.