After Hurricane Ian cleanup, Space Coast back in business 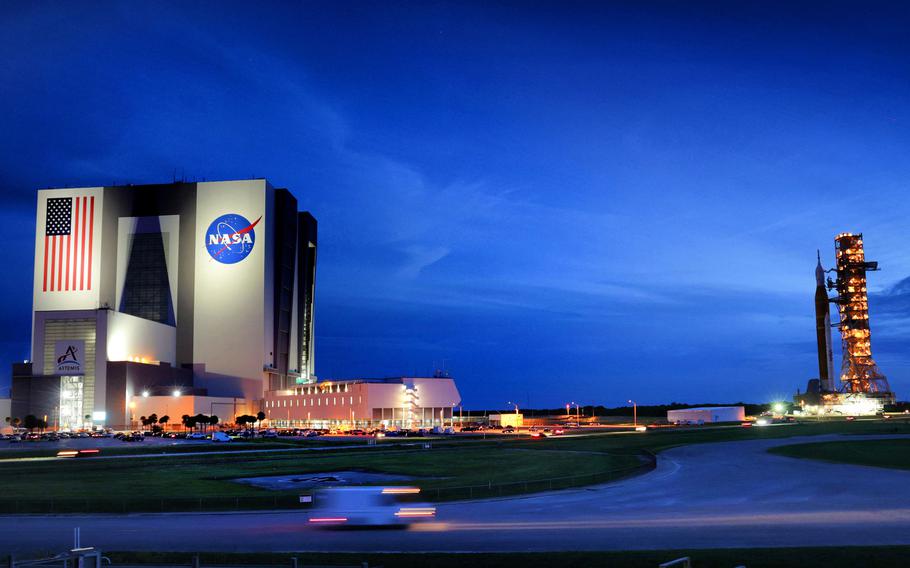 CAPE CANAVERAL, Fla. (Tribune News Service) — Hurricane Ian forced NASA’s moon rocket to retreat for now, but the business of launching rockets and humans to space is back to full speed this week.

United Launch Alliance is moving forward with a planned Tuesday evening liftoff from Cape Canaveral Space Force Station while NASA and SpaceX are looking to noon Wednesday to send the next four crew to the International Space Station from Kennedy Space Center.

A ULA Atlas V is targeting a 5:36 p.m. liftoff Tuesday from Space Launch Complex 41 with Space Launch Delta 45′s weather squadron giving a 70% chance for good weather, and 90% chance in the event of a 24-hour delay. Its payloads are the SES-20 and SES-21 telecommunications satellites for Luxembourg company SES that will be used to provide television services to the U.S.

Wednesday’s Crew-5 mission on a SpaceX Falcon 9 is targeting noon from KSC’s Launch Pad 39-A to take NASA astronauts Nicole Mann and Josh Cassada, Japan Aerospace Exploration Agency astronaut Koichi Wakata and Roscosmos cosmonaut Anna Kikina to join Expedition 68 on the ISS riding up in the Crew Dragon Endurance spacecraft. Weather looks 90% good on both the target launch and a potential Thursday backup.

The quartet arrived Saturday to KSC and were met by NASA officials who discussed the hurdles given the Space Coast and Florida by the massive storm.

“Hurricane Ian gave us a big challenge earlier in the week,” said Kennedy Space Center Director Janet Petro. “Thankfully, Ian did not inflict a lot of damage at KSC and we were able to get an initial assessment team out on Thursday afternoon, which then allowed us to open the center up for normal operations.”

Waters around KSC had risen during the passing of Hurricane Ian across the state and remained elevated along the countless swales running alongside roads across the center, the weather had cleared by Friday to allow SpaceX and ULA to prep their rockets for launch this week.

NASA Associate Administrator Bob Cabana said it was the right choice to protect the $4.1 billion combination of the Space Launch System rocket, Orion capsule and mobile launcher instead of trying to stay on Launch Pad 39-B and weather the storm.

“My heart goes out to all the folks on the west coast — absolutely devastating what Ian did there and fortunately, it was down to about 55 knot winds when it hit us and we had some flooding and stuff but overall we’re looking good,” Cabana said. “And it was really good that we got that big rocket back in the barn. Ian tracked right between pad 39 A and B as it went across. And it was great knowing that SLS and Orion were safe getting ready for Artemis I.”

NASA announced that mission won’t be rolling back out to the pad until next month targeting a window that opens Nov. 12.

As Ian approached, not only did NASA roll its massive rocket back to the VAB, but new rocket company Relativity Space brought its Terran 1 rocket back to safety from Canaveral’s Launch Complex 16 where it had been performing test hot fires. That company is looking forward to more soon with its first launch ever of its 3-D printed rocket.

“All clear at LC-16,” reads a post to the company’s Twitter account. “Upon returning to the site, we’ve noted no major issues and plan to be back to nominal operations by Monday. Thank you to all for the behind the scenes support to ensure our launch site and hardware were secured in a timely and effective manner.”

Speaking to the media, the Crew-5 members all remarked about Ian’s devastation, but looked forward to this week’s launch.

With his voice cracking during his introduction, an emotional Cassada said their six-month mission “doesn’t come easy.”

“It doesn’t come easy for anyone. And we just want to thank everyone who has supported us up until today. Everyone who is making this launch happen even on the heels of a hurricane and everyone who’s going to support us every day as part of Expedition 68. We’re incredibly lucky to be part of this team. We’ve got this. We’ve all got this and just can’t tell you how grateful we are for this opportunity. Now it’s time for us to go get to work on a space station.”

Wakata, a veteran of four previous trips to space having flown on both space shuttles and Russian Soyuz spacecraft said it’s good to be back at KSC, but the destruction caused by Ian weighed heavily on his and the rest of the crew’s minds.

“My prayers and thoughts go out to all the people in Florida who are affected by the devastating hurricane,” he said. “I hope with this launch, we will brighten up the skies over Florida a little bit for everyone.”