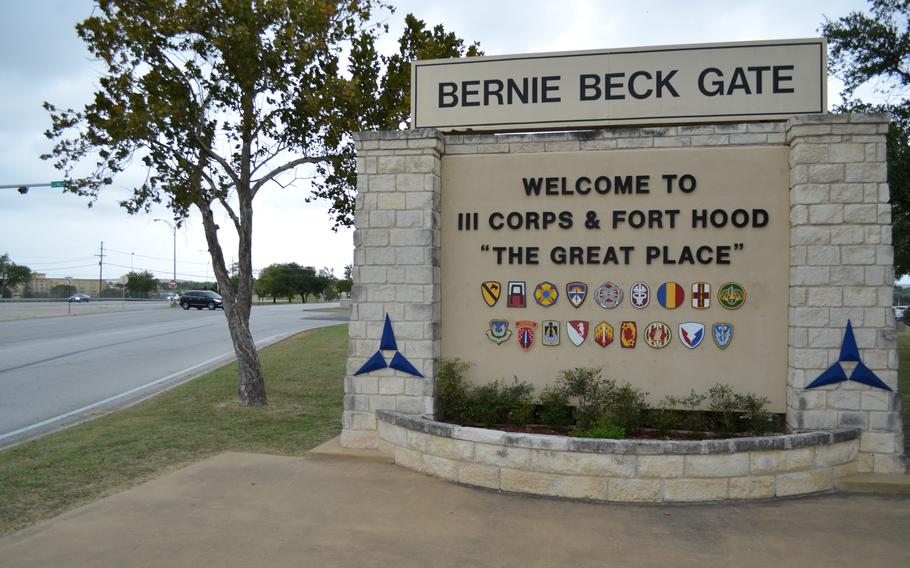 Eri Gutberto Parra-Lopez, 25, of Phoenix, Ariz., sold 3,150 pills containing fentanyl to undercover law enforcement in the suburbs of Austin, Texas, during five different meetups at grocery store parking lots, according to court documents. He pleaded guilty on April 20 to one count of distribution of fentanyl, a synthetic opioid that is more potent than morphine.

“Army [Criminal Investigation Division] and our partner agencies take the threat of fentanyl to the public, and the Army, very seriously. We will continue to work with our law enforcement partners to interdict the distribution of fentanyl wherever it may occur,” said Maria Thomas, a special agent with the CID.

The investigation of Parra-Lopez began in May 2021 when undercover agents with the Pflugerville Police Department contacted him through social media where the soldier used the nickname “El Banks.” Pflugerville is located about 50 miles south of Fort Hood.

During the next two months, law enforcement officials continued to buy pills in larger amounts, according to court documents. Lab tests confirmed the pills where counterfeit oxycodone tablets that contained fentanyl.

During one sale, Parra-Lopez told the undercover agent that he got the pills from Mexican drug cartels, according to court documents.

“This case demonstrates the lengths Mexican cartels are willing to go to infiltrate our communities with deadly fentanyl for their own selfish gains,” said Daniel Comeaux, a special agent with the Drug Enforcement Administration’s Houston division. “We remain committed to our collaborative efforts with our local partners to reverse the overdose and poisoning epidemic and bring to justice those fueling it.”

Parra-Lopez has since left the Army, but the service did not immediately respond to a request for his service record.