Fort Hood soldier charged in shooting death of his girlfriend 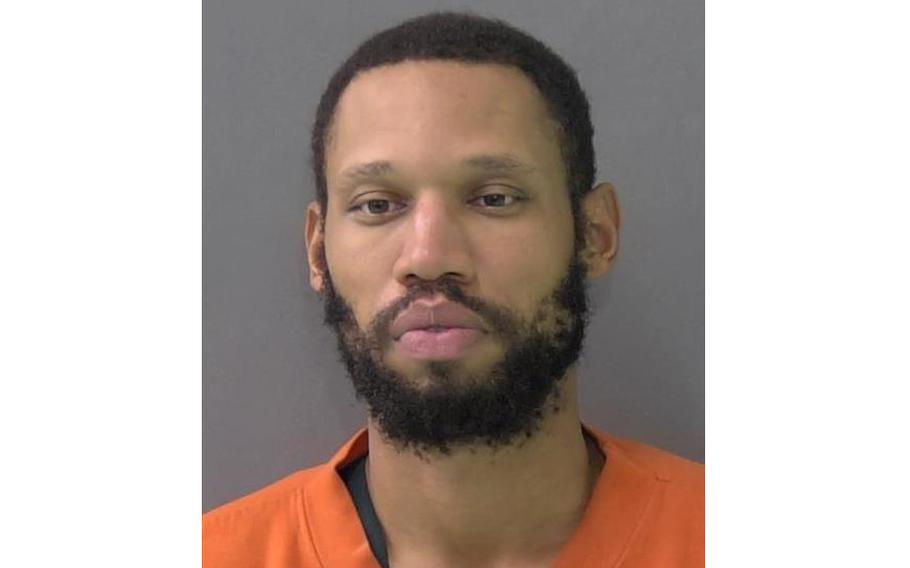 Spc. Michael Leonard Moore, 35, was arrested and charged with murder in the shooting death of his 34-year-old girlfriend. Moore, a soldier assigned to the 68th Engineer Construction Company at Fort Hood, Texas, was in Bell County Jail on Thursday with bail set at $1 million. (Photo provided by the Bell County (Texas) Jail)

A Fort Hood soldier was arrested and charged this week in the shooting death of his girlfriend, who was found dead Monday in the home that they shared in the nearby Texas city of Killeen, according to local law enforcement.

Spc. Michael L. Moore, 35, was arrested by Fort Hood police, turned over to the Killeen Police Department on Monday. He was charged with murder and arraigned Wednesday with his bond set at $1 million, police said.

He was listed as an inmate in Bell County Jail on Thursday.

Killeen police were dispatched at about 7:56 a.m. Monday to a home in the 1100 block of Wales Drive where they found a 34-year-old woman dead with an apparent gunshot wound. An autopsy has been ordered. Police said they had not identified the victim as of Thursday because they were still trying to contact the woman’s family. Killeen police said she was not a soldier.

Moore and the woman were involved in a domestic dispute when Moore took out a handgun and shot her, according to police. Moore was next seen at Fort Hood for physical training at about 5:30 a.m. Monday, though police said they did not know the exact time of the shooting.

Moore was detained by military police at the base and transferred to the Killeen Police Department.

Moore enlisted in the Army as a plumber in October 2019 and is assigned to Fort Hood’s 68th Engineer Construction Company, base officials said. A Fort Hood spokesperson declined to answer questions about Moore’s on-base arrest.

Army Criminal Investigation Division is assisting with the investigation.