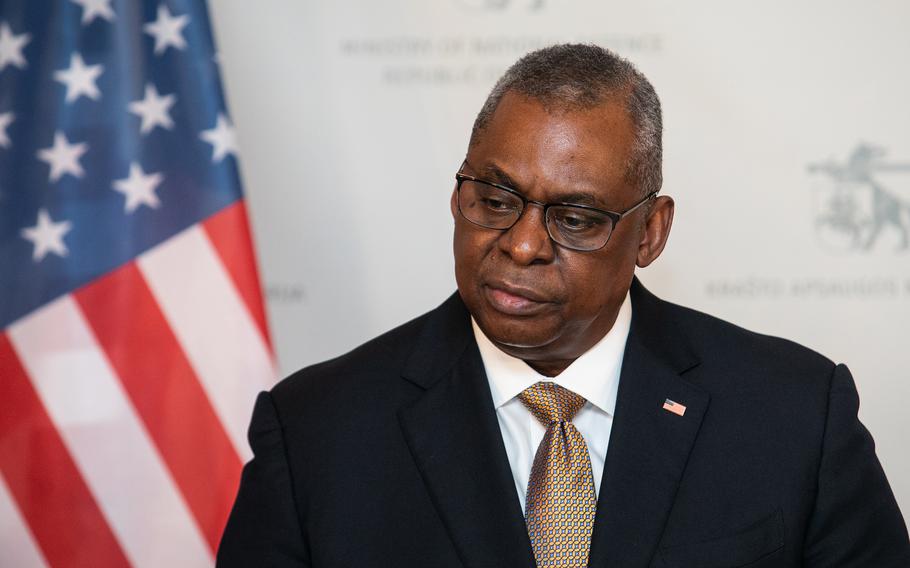 WASHINGTON (Tribune News Service) — Pentagon officials announced Thursday that U.S. military personnel who face a rising cost of living will be getting financial help soon, but the initiative falls short of what many lawmakers have sought.

The changes were laid out in a Thursday memo from Defense Secretary Lloyd J. Austin III to military leaders, in which the secretary outlined enhanced compensation to offset the rising cost of food, housing, child care and family relocations.

“The Department of Defense has a sacred obligation to take care of our Service members and families,” Austin wrote. “Doing so is a national security imperative.”

Included in the new Pentagon initiative is paying a so-called basic needs allowance to ensure lower-income troops make no less than 130% of the poverty-level income in their region.

Unmentioned in Austin’s memo is the fact that this program was required by the fiscal 2022 defense authorization law — and that the Pentagon had resisted it previously, according to advocates of the allowance.

Undersecretary of Defense for Personnel and Readiness Gil Cisneros and other officials provided additional details at a Pentagon news conference.

Jeri Busch, the Pentagon’s director of military compensation, disclosed “rough” official estimates for how much money service members would get under the basic needs allowance.

The payments would range from about $990 to $30,000 a year, depending on a service member’s pay grade, number of dependents and where the person lives, Busch said.

Of note, however, Austin stopped short of increasing the benefit from 130% to 150% of the poverty line, as the Senate’s fiscal 2023 NDAA recommends, a change that would provide more money to more service members.

Nor would Austin include in his plan a so-called inflation bonus, as proposed in the House-passed NDAA.

The bonus would add a 2.4% raise for military and civilian personnel for service members who make $45,000 a year or less. The bonus would come on top of the likely across-the-board pay raise of 4.6%.

The White House, in a statement of administration policy on the House bill, said it opposes giving that raise to Pentagon civilians while other federal civilians would not receive a similar raise. The July statement did not indicate any position on the bonus for troops.

A 2020 survey by the research group Blue Star Families was one of several recent indications of the widespread extent of hunger in the military — likely affecting tens of thousands of families.

By virtually all accounts, the severity of the problem has not lessened as the pandemic has waned, as inflation continues to rage.

The initiative that the Pentagon announced Thursday also would:

— Increase basic allowance for housing payments, by hundreds of dollars a month in some cases, to service members in 28 regions with escalating housing costs.

— Cut prices at commissaries, with a goal of keeping them 25% less than market value.

— Provide more offsets for moving expenses for military families and expand interstate licensure agreements to help military spouses, many of whom must get recertified in their field each time they change station.

— Invest more in child care facilities and give a minimum 50% employee discount for child care for the first child of someone who works at a child care center, an attempt to expand staff, including by employing more military spouses at the centers.