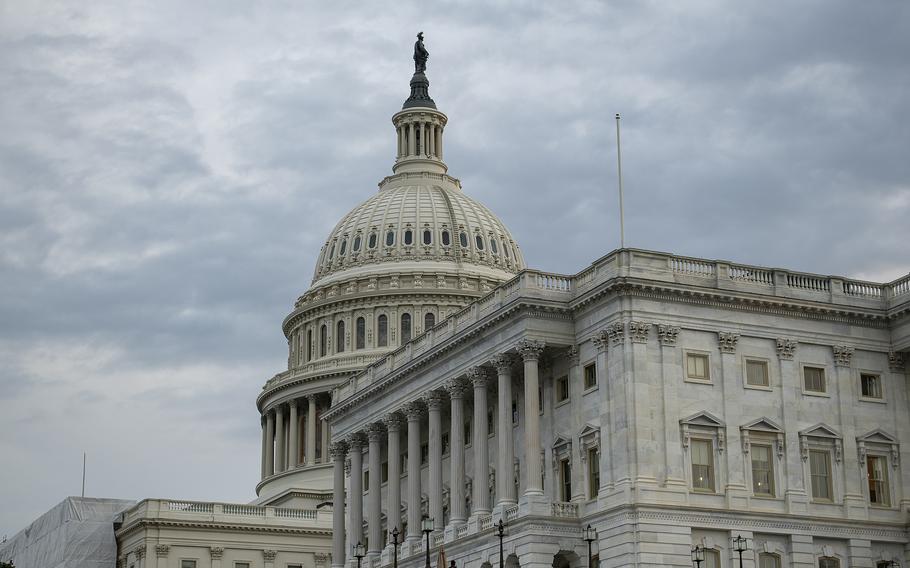 WASHINGTON — Senate Democrats released a $792 billion spending plan for the Pentagon on Thursday as lawmakers work to boost the White House’s request for the fiscal 2023 military budget to account for inflation and threats from adversaries such as China and Russia.

The House last month passed a $839 billion National Defense Authorization Act, which authorizes defense spending levels and sets policy. The Senate’s version of the bill, which has yet to be voted on by the full chamber, authorizes $847 billion for military and national security programs at the departments of Defense and Energy.

Democrats on the Senate Appropriations Committee are proposing $850 billion in total defense discretionary spending, a nearly 9% increase over the current fiscal year’s level. Republicans have advocated for an even larger increase.

The Senate panel’s funding bill for the Pentagon allots $53 billion to address record inflation and increase troops’ purchasing power, including $7 billion more for fuel, utilities and supplies for deployed forces as well as an additional $921 billion for basic housing allowances, $300 million for special pay and $228 million for subsistence allowances.

“Inflation … has impacted government programs at every level — both defense and non-defense,” Senate Appropriations Chairman Patrick Leahy, D-Vt., said in a statement. “This is a strong bill for our national security.”

The bill also supports the 4.6% troop pay raise requested by the White House — the largest in 20 years — and invests $373 million in military family support programs, including $85 million for the National Guard Youth Challenge for at-risk young people and $25 million for Beyond the Yellow Ribbon, a program supporting those affected by military deployments.

Senators are additionally proposing to allocate $2.2 billion to accelerate the development of space capabilities, $1.4 billion to expand industrial base capacity and $4.7 billion to upgrade aging infrastructure.

Other initiatives would provide $3.2 billion to modernize the National Guard’s equipment and weapons systems and $805 million to help the Pentagon in its flailing recruitment efforts. Officials have described the current recruiting environment as the worst since the end of the Vietnam War.

“This bill modernizes our armed forces to address the evolving threats of the 21st century, ensuring the Defense Department is able to compete with China and other adversaries across the globe,” Leahy said.

Sen. Jon Tester, D-Mont., chairman of the committee’s subpanel on defense, said it was critical to pass the budget on time to help fight the effects of inflation and avoid a stopgap funding measure that would “undermine our military and national security at a time when the world is looking to America for steadfast leadership.”

Lawmakers are set to work on a compromise budget plan and reconcile differences with various versions of the NDAA in the coming weeks. House members are departing for an August recess on Friday and senators will follow a week later.