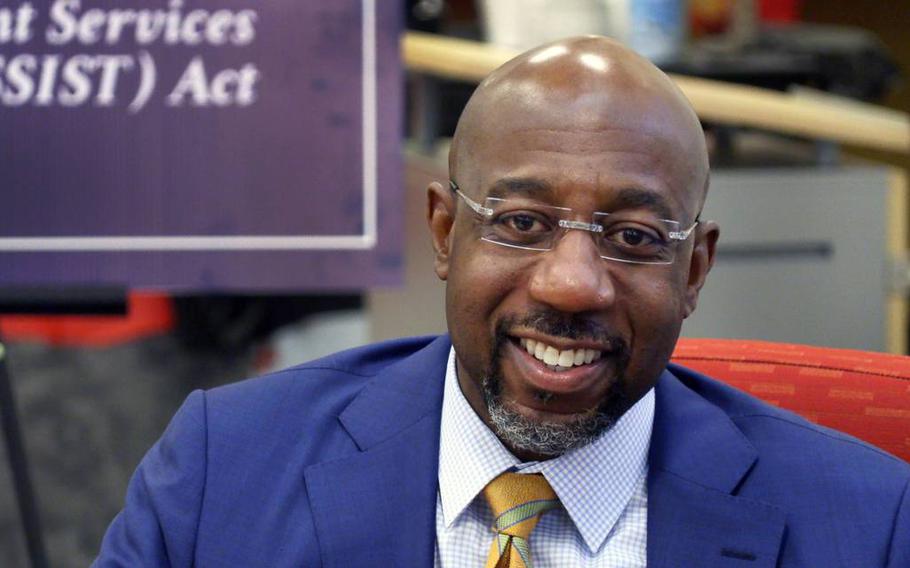 The Georgia Democrat told the Ledger-Enquirer that housing was a top issue mentioned by service members and military leaders during his visit to Fort Benning last year.

Warnock introduced the legislative package last week, and he is working to get the following four bills included in the final language of the National Defense Authorization Act:

— The Basic Allowance for Housing (BAH) Restoration Act. This bill would restore the full housing allowance for service members and their families. The Department of Defense began cutting the BAH rate in 2015 until it reached 95% of expected housing costs. The allowance hit 95% in 2019. Other senators, including Georgia's Jon Ossoff, are co-sponsors.

— The BAH Calculation Improvement Act. The bill would direct the Department of Defense to examine current allowance rates. The goal is to determine if the allowance should be calculated more often and if school districts can be included in the calculations. The bill would also direct the department to see if it can develop an algorithm to calculate housing allowance more effectively. Warnock's office said there are issues with transparency surrounding the current formula. Ossoff is a co-sponsor.

— Increasing Homeownership for Servicemembers Act. The bill would ask the secretary of defense to study home ownership barriers for service members and to submit its findings to a congressional committee. Ossoff is among the other co-sponsors.

— Building More Housing for Servicemembers Act. The bill would offer private developers and on-base providers incentives to build more housing for service members, particularly those with lower income. The legislation would establish several pilot programs, including a joint grant program with the Department of Defense and Housing and Urban Development administered by the Office of Local Defense Community Partnerships for developers to build housing. The bill would also direct the Department of Defense to study the feasibility of acquiring property near installations that suffer housing shortages so the area can be developed.

The goal, Warnock said, is to improve housing conditions for service members and their families.

"I spent a lot of time on our military bases all across our state, and our service members have our backs. They are the tip of the spear for keeping us safe," he said. "The least we can do is provide them with quality housing. … They shouldn't have that kind of stress while trying to protect us."

For Fort Benning and the surrounding Columbus area, the BAH Calculation Improvement Act would have a positive impact and could spur further housing development, said Greater Columbus Chamber of Commerce CEO Jerald Mitchell.

Mitchell added that he hopes the allowance for soldiers coming to the Columbus area would increase.

"As I understand it, the allowance versus the cost of living isn't high enough," he said. "I believe more soldiers and their families would choose to live in the community, which would potentially be a catalyst for the development of various housing product types."