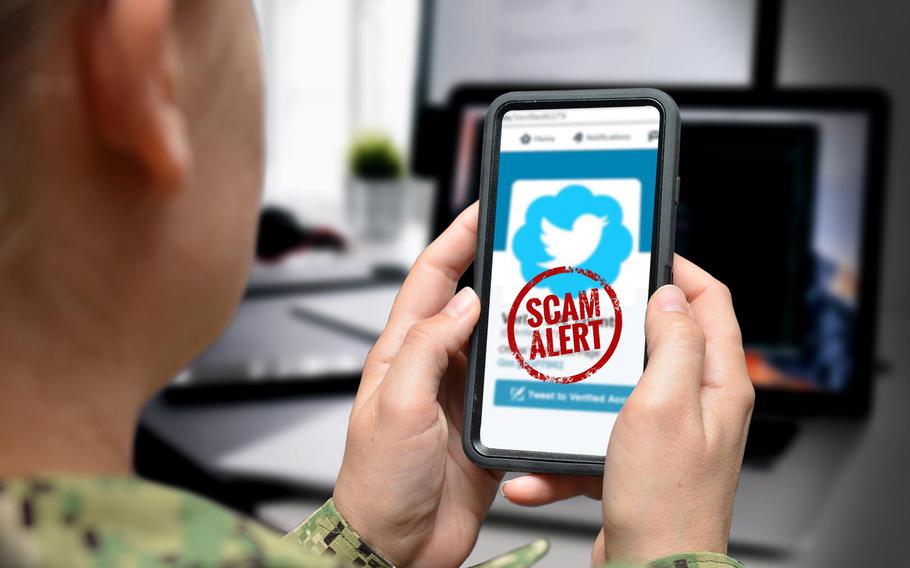 A joint task force to combat consumer fraud targeting service members and veterans was introduced by House lawmakers on Wednesday, July 13, 2022, as an amendment to the National Defense Authorization Act, the annual must-pass bill that sets policy and spending priorities for the Defense Department. (DOD graphic by Regina Ali )

WASHINGTON — A joint task force to combat consumer fraud targeting service members and veterans was introduced by House lawmakers as an amendment to the National Defense Authorization Act, the annual must-pass bill that sets policy and spending priorities for the Defense Department.

“The task force would issue regular recommendations to Congress about how we can better warn service members and veterans about the risk of financial scams and frauds, as well as strengthen our enforcement mechanisms and toughened criminal pellets penalties for those who would seek to take advantage of our men and women in uniform,” Rep. Stephen Lynch, D-Mass., said Wednesday during a hearing of the House Committee on Oversight and Reform subpanel on national security.

Lynch said the task force would be led by the secretaries of the departments of Defense and Veterans Affairs in coordination with representatives from the veteran service organizations and other nongovernmental partners.

Service members and veterans are 40% more likely to be exploited by financial fraud, including robocalls, suspicious texts and scam offers, than their civilian counterparts, according to a recent AARP survey. More so, four out of five service members and veterans surveyed in 2021 reported they were targeted by scams directly related to their military service or benefits. One in three reported they lost money because of those scams, the survey found.

“Younger service members and their families are especially susceptible to exploitation, given their relative lack of financial experience and understandable need for assistance amid frequent relocations, overseas deployments, and the eventual transition back to civilian life,” Lynch said. “Meanwhile, America's veterans remain vulnerable to financial scams seeking to defraud them of their pension, disability, and other service-connected benefits that they have earned through their dedicated service to our nation.”

If enacted, the task force must be established within 90 days and the group must meet no less than three times a year, said Deni Kamper, the press secretary of the House committee. The task force would also submit a report within 180 days of the law being enacted and submit reports annually.

Jim Rice, the assistant director of the Consumer Financial Protection Bureau’s Office of Servicemember Affairs, said during the House subpanel hearing that the bureau was concerned service members are subject to increased risk of identity theft. His office reported service members submitted more than 17,000 credit or consumer complaints, making it their number one complaint category.

Rice said when issues with credit reporting are not resolved, the consequences for service members and their families can include additional costs to get a car loan and a more difficult time finding suitable housing. A negative credit can also result in denial of a security clearance and even separation from service.