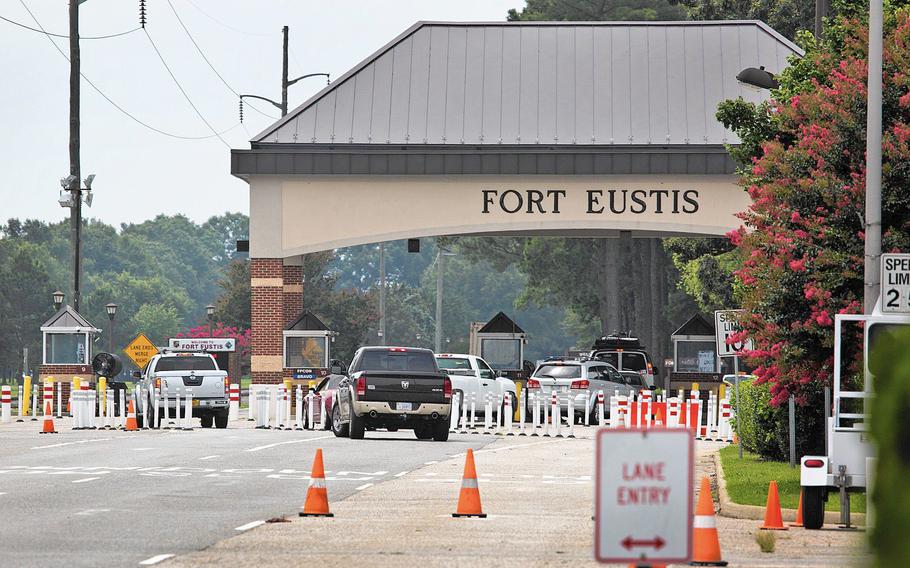 Several energy saving upgrades were made recently to housing at Fort Eustis in Newport News and Fort Story in Virginia Beach. (Joe Fudge)

In addition, they installed 4,500 faucet aerators in bathrooms and kitchens, 2,700 low-flow toilets, 1,800 shower heads and 1,500 bathroom humidistats — devices to control the amount of moisture in the air.

The improvements should cut electricity use by nearly 3.3 million kilowatt-hours a year, and water consumption by nearly 21.3 million gallons.

The project is financed with savings to the Army on its energy bill, through the federal government’s self-funding Energy Savings Performance Contract.

Those contracts slate some of the money a federal agency saves on energy bills as payments to a firm that installs energy saving equipment or systems. The energy services firm, in turn, can borrow the often-large lump sums needed for that equipment and those systems, paying the lender back over time with those performance contract payments.

For Army contracts, the mandatory savings required must exceed the payments to the energy firm, and the savings must be measured and verified regularly, the Army Corps of Engineers says.