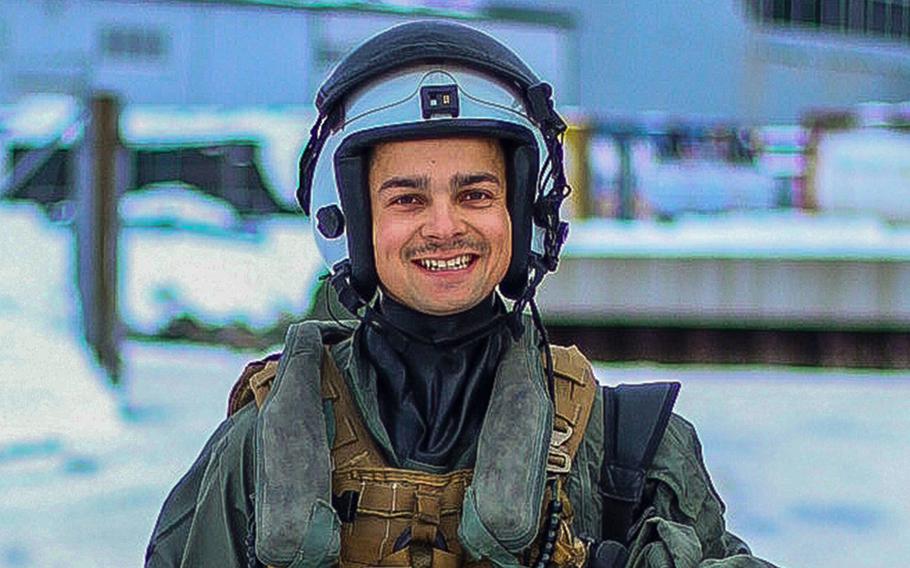 (Tribune News Service) — The body of a U.S. Marine Corps pilot who was killed in a crash during a training flight exercise in Norway last month was returned to his Massachusetts hometown this weekend.

Capt. Ross Reynolds, 27, of Leominster, Mass., was one of four Marines who died when an Osprey aircraft crashed during a NATO exercise on March 19.

Reynolds’ body arrived at Boston’s Logan International Airport at about 1 p.m. Saturday, where he was greeted by family members and public officials.

Reynolds’ wife, Lana, along with his parents, sister and brother-in-law, spent a moment by the case carrying the Marine’s body after it was loaded into the hearse by fellow members of the U.S. Marine Corps, WCVB reported.

Following the crash, the Republican governor said Reynolds and “the Marines who tragically passed in the accident are all heroes. We honor his service to our nation and pray for his family.”

The other Marines who perished in the crash were: Capt. Matthew J. Tomkiewicz, 27, of Fort Wayne, Indiana; Gunnery Sgt. James W. Speedy, 30, of Cambridge, Ohio; and Cpl. Jacob M. Moore, 24, of Catlettsburg, Kentucky.

Reynolds was a graduate of Leominster High School and Worcester State University. He served as an MV-22B Osprey pilot with Marine Medium Tiltrotor Squadron 261.

Reynolds was approaching five years of service in the Marines, during which he earned the National Defense Service Medal, the Global War on Terrorism Service Medal and the Sea Service Deployment Ribbon. He piloted Ospreys and was based at Marine Corps Air Station New River in North Carolina.

In a statement, the Reynolds family said they were “broken-hearted” and left trying to imagine life without their son.

“We are in shock and are devastated by his loss. We will miss his smile, his hugs, his laughter. We will miss his energy and goodness. Ross was so caring, compassionate and committed, not only to his country, but also to being the best son, brother, husband, son-in-law, nephew, cousin, uncle, brother-in-law, friend and Marine that he could be. We appreciate all those who have reached out to support us at this difficult time. We pray for Ross and the other Marines lost in this tragic accident,” the family said, according to WCVB.