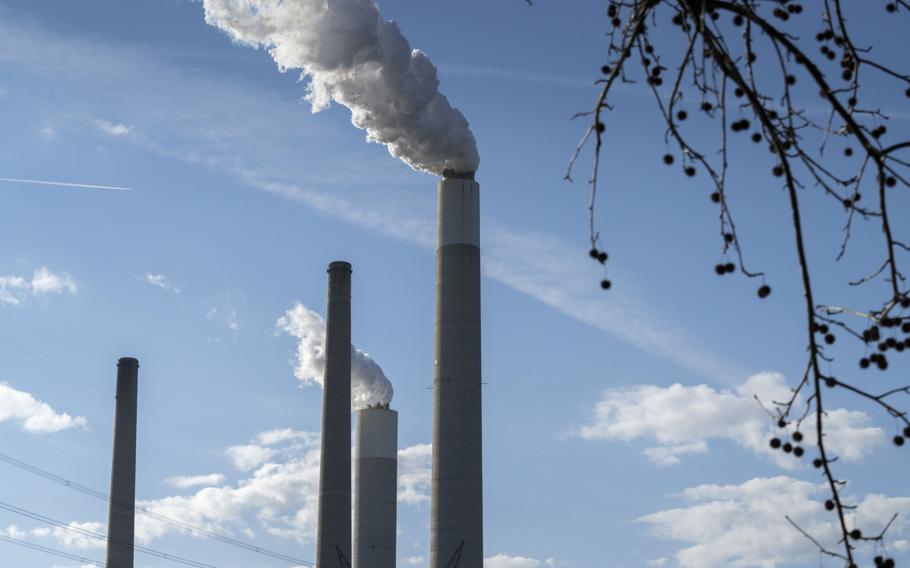 With his climate agenda facing an uncertain future in Congress, President Joe Biden's vow to slash greenhouse gas emissions depends on environmental regulations that the Supreme Court may gut even before they're written.

The nation's top court hears arguments Feb. 28 from coal plants and Republican-led states trying to curb the Environmental Protection Agency's authority to regulate carbon dioxide emissions from the power sector. The case could jeopardize the ability of the U.S. to meet Biden's pledge to halve greenhouse gas emissions by the end of the decade.

The White House has drawn support from a mix of industries, including technology companies and electric utilities. The Supreme Court, with a 6-3 conservative majority, decided to take the case before the Biden administration even enacted a power plant emissions regulation, suggesting some justices are eager to curb EPA's powers.

"The chilling effect of what the court decides cannot be overstated," said Christy Goldfuss, senior vice president of the Center for American Progress, a progressive think tank. "This will determine really what the options are for the federal government."

Biden vowed to slash U.S. emissions 50% to 52% from 2005 levels by 2030. But it's impossible to hit that target without regulations to stifle greenhouse gases from oil wells, automobiles and power plants, as well as tax incentives designed to spur clean energy that can edge out fossil fuels, according to several analyses.

The power sector presents the single biggest opportunity for cuts this decade -- potentially providing 41% of the total emissions reductions under a blueprint analyzed by the Rhodium Group, an independent research firm. Without that electric sector progress, "achieving the 2030 target may not be possible," Rhodium warned.

Concern that the Supreme Court's ruling could restrict the EPA's ability to control emissions prompted 15 major tech companies and manufacturers, including Apple, Amazon.com, Google LLC and Tesla, to tell the court in a brief the agency's power is "critical to addressing the most pressing environmental challenge of our time."

At issue is a bid by coal companies and Republican attorneys general to prevent the Biden administration from imposing broad emissions limits on the electric sector, like those in the now-defunct Obama-era Clean Power Plan, which would have encouraged states to shut coal plants and boost renewable energy from wind, solar and other sources. The companies, including Westmoreland Mining Holdings, and 19 Republican-led states, challenged a 2021 D.C. Circuit Court of Appeals decision that tossed out a narrow Trump-era replacement rule after finding it was based on an overly restrictive read of the EPA's regulatory authority.

The states, led by West Virginia, said that the appeals court left the door open for the EPA to remake the U.S. electric system, going well beyond what Congress intended when it enacted the Clean Air Act 51 years ago.

"That could grant EPA tremendous amount of authority to regulate the carbon emissions of many, many things," from concrete plants to space heaters and fireplaces, said Jonathan Brightbill, a former Justice Department attorney who is now a partner at Winston &amp; Strawn.

The Supreme Court took up the matter even though neither regulation is currently in place and the Biden administration has no plan to resurrect the rules. The court is scheduled to rule by late June.

Electric power companies serving 40 million Americans, including Exelon, Consolidated Edison and National Grid USA, say the EPA should have a freer hand to regulate the sector as a whole -- as opposed to only individual plants. Power companies share the grid, with electricity generation toggled up and down to meet consumer demand and manage costs.

EPA's authority is in the spotlight after a breakdown in congressional efforts to enact climate legislation, including some $300 billion in tax credits for nuclear plants, renewable power and advanced energy manufacturing. Without incentives, Biden needs more aggressive regulations to achieve U.S. carbon-cutting targets.

That becomes harder if the Supreme Court limits the EPA to driving emissions cuts based only on what can be achieved at individual power plants.

That scope is critically important, said James Coleman, a law professor at Southern Methodist University's Dedman School of Law. "Is it just a question of making our coal and natural gas plants more efficient, or is it a question of moving the whole energy system away from fossil fuels?"

If the EPA loses, it still has options to rein in emissions, such as forcing coal plants to adopt carbon capture technology or burn cleaner fuels, including natural gas, said David Doniger, a senior strategic director at the Natural Resources Defense Council's Climate and Clean Energy program.

The EPA also can give states flexibility to comply with any emissions standard it sets through trading programs and emissions averaging across multiple plants, said Jeff Holmstead, a partner at Bracewell LLP and former EPA official.

For now, the agency remains undaunted, vowing in a statement that it "will not waver from lawfully meeting its obligation to protect people from climate and air pollution."