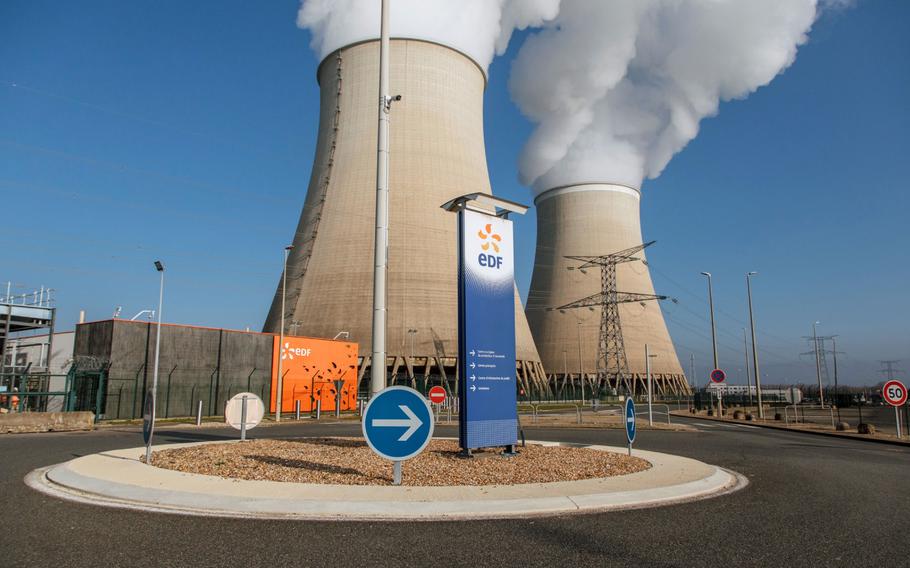 Europe’s executive arm is facing an increasingly intense wave of pressure to abandon a proposal to add gas and nuclear power to its green rulebook.

A key body created to help the European Union ensure it can reach net-zero carbon emissions by mid-century intends to slam the bloc’s proposal, according to documents seen by Bloomberg on Thursday.

The rebuttal is set to be presented by the Platform on Sustainable Finance, according to the documents, which are still subject to change. The group is one of only two that the European Commission has consulted for feedback in a process that is due to end on Friday.

Europe faces mounting opposition to its proposed addition of gas and nuclear power to its green taxonomy, as investors, civil society and some member states voice their dismay at the process. The EU Commission says the adjustment is necessary to wean some countries off coal and ease the transition to renewable energy forms. Detractors argue that the arrangement marks a reckless dilution of what had been touted as the world’s most ambitious climate framework.

--The Platform on Sustainable Finance Says:

The draft feedback document shows that the Platform on Sustainable Finance is set to single out the proposal on gas. The EU Commission wants the fossil fuel to have a higher emissions cap than other technologies, when it’s used to replace more polluting sources of electricity, like coal. The worry is it could result in higher emissions, if new facilities are granted up to 15% more production capacity than the plants they replace, as is currently planned.

The draft also reveals the group’s concerns that the criteria laid out for new nuclear plants don’t adequately deal with the environmental impact of waste, and do little to help the EU reach its goal of climate neutrality by 2050.

The body, made up of key civil society groups, banks and companies like Airbus, will recommend to the Commission that adjustments to grant the green label to gas and nuclear during the transition should be abandoned. Bloomberg LP, the parent company of Bloomberg News, is a member of the Platform.

The feedback is unlikely to derail the Commission’s plans. But it has the potential to damage the integrity of the taxonomy and undermine the EU’s aim of turning it into the “gold standard” for global ESG finance.

Meanwhile, key lawmakers from the European Parliament say the addition of gas may not even be legal, because it’s not consistent with the target of limiting the global rise in temperatures to 1.5 C.

“We have serious doubts as to the legality of the proposed technical screening criteria in the complementary delegated act,” Bas Eickhout and Sirpa Pietikainen, co-rapporteurs for the taxonomy regulation, said. “Due to the complexity of the matter, we demand more time from the Commission to be able to seek further legal advice on the matters.”

E3G, an influential European climate think tank, advised the Commission to withdraw the proposal or revise it urgently in order to avoid “losing its credibility and climate leadership.” It said that the rulebook would incentivize investments in stranded assets and recommended member states or lawmakers overturn the act if the Commission pushes ahead.

Gas projects that replace coal and emit no more than 270 grams of carbon dioxide equivalent per kilowatt-hour, would be granted a green label so long as they have obtained construction permits before the end of 2030, and have plans to switch to renewable or low-carbon gases by the end of 2035. Nuclear energy plants would have to be granted construction permits by 2045 and meet a set of criteria to avoid significant harm to the environment and water resources.

The regulation is currently in a consultation period with the Platform and the Member States Expert Group. The Commission is then expected to adopt it before the end of the month, before it goes to Parliament and member states for any objections. The bar for overturning the proposal is high. At least 20 member states -- representing at least 65% of the EU’s population -- would have to reject the rule in coming months.

Asset managers are already warning they’ll boycott gas and nuclear when allocating capital to green projects. The Institutional Investors Group on Climate Change, which includes the asset management arms of JPMorgan and Goldman Sachs, said it was “strongly opposed” to any inclusion of gas in the taxonomy.

A letter to the EU’s executive arm this week was sent by the chairs of the joint economy and environment committee in Parliament asking for a public consultation. Eickhout and Pietikainen also said they “deplore the lack of a proper impact assessment.”

“We insist that the Commission conducts a proper impact assessment and opens a proper public consultation on such a controversial proposal for a delegated act,” they said.