A UPS driver left a kind message for a family. They put it on Instagram, and strangers showered the driver’s baby with gifts. 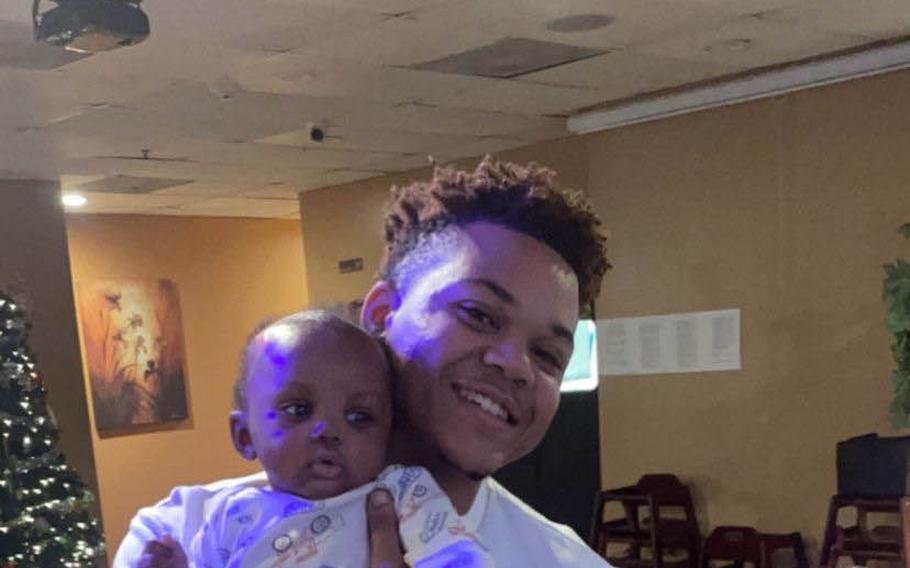 Jessica Kitchel was feeling isolated and emotional as she recovered at her Georgia home after delivering her baby through a Caesarean section.

Her Google Nest doorbell camera alerted that there was a new video from a visitor, and she was floored as she clicked on it and began watching the 26-second clip.

As a UPS driver delivered her package of baby formula, he earnestly looked into the camera: “If this is the ‘It’s a Boy’ house . . . I hope all is going well with your newborn,” he said. “I had a child at around the same time you guys did, and I just hope everything is going good. God bless and happy holidays.”

“I was just so blown away by the fact ... that he took the time to stop and do it, and more so that he was so observant that he remembered this was the ‘It’s a Boy’ house with the stork,” said Kitchel, 36, of Roswell, Ga., about 20 miles from Atlanta.

The oversized stork lawn sign announcing the new baby was in front of the home Kitchel shares with her husband Mack after their son Chancy was born Nov. 14.

Kitchel decided she wanted to thank the UPS driver who went out of his way to wish her well.

Kitchel posted the video on Instagram right after the Dec. 3 delivery. It was viewed more than 76,000 times - and she soon heard back from a UPS representative, who said someone from the local office would call her with the driver’s name. 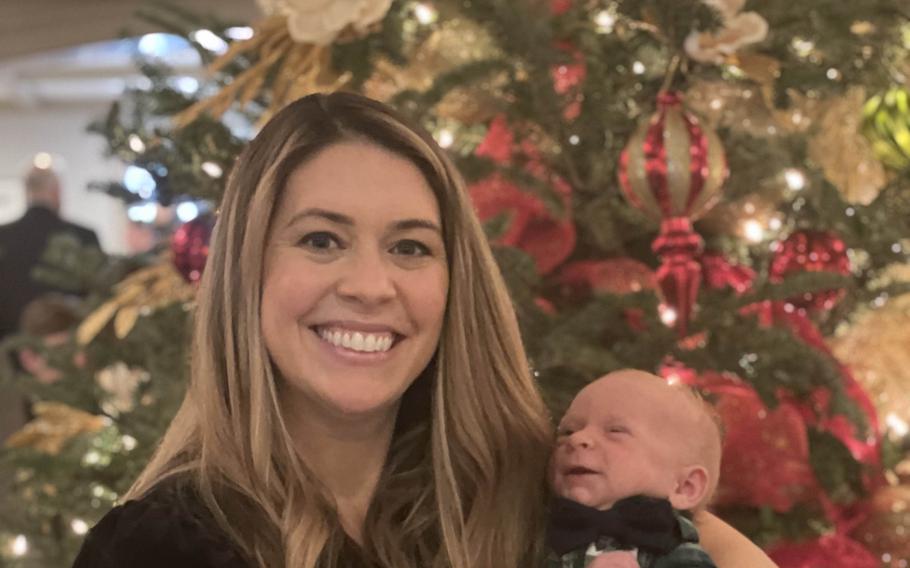 On Monday, Dec. 6, Kitchel - who also has a daughter, Charlie, 4 - got a call and learned her driver’s name: Dallen Harrell. UPS said he had a temporary job for the holiday season.

She gave the UPS representative her number and asked if Harrell could contact her. When he called, Kitchel enthusiastically thanked him for his thoughtful gesture.

Harrell, 24, said he had been observing the house’s outdoor baby-themed decorations. When he left the message, he wanted to extend a little kindness to a family that was in the same phase of life as his own.

“I just went from my heart,” said Harrell, who lives in the Atlanta area. He and his fiancee, Taqueria Robinson-Davidson, welcomed their son, Deveraux, on Sept. 16.

Kitchel wanted to return the gesture, so she prepared a package with diapers, wipes and a plush giraffe, and she put it on her porch along with a thank-you note for Harrell. Five days after the initial delivery, Harrell returned to the house with another package and met the whole family. Kitchel posted another video of the joyful meeting.

She posted her story on social me dia, and added a link to Harrell’s baby registries at Target and Buy Buy Baby in case anyone wanted to help him clear his list.

Ever since, Harrell has been getting multiple packages a day - sometimes as many as 15 - of baby supplies, mostly from anonymous senders with enclosed notes of gratitude and encouragement.

“They just have been coming in abundance - mostly from strangers,” Harrell said about the gifts.

Harrell, a native of St. Petersburg, Fla., moonlights as a singer, mostly of hip-hop, and goes by the stage name Lghtsknn Traumatized. He said he learned something about compassion after challenging experiences in own life - he had open-heart surgery when he was 13, and his father died five years later. He said his mother taught him to shake hands firmly, and look people in the eye and most of all, be kind.

“I’d give someone the shirt off my back, and the last change in my cup holder,” Harrell said.

He and Kitchel have become friends, and are in touch almost daily. Their families plan to meet up after the holidays and introduce their baby boys.

Kitchel said the experience has been an example of how kindness can multiply and change lives.

“It’s free and available, and we can all do this,” she said, adding that it has been extra meaningful because it was a group effort.

“It’s just been really neat to see how it’s brought together a community of people,” she said.

UPS offered Harrell a full-time, permanent job as a driver with his own route after the holidays, and he accepted it.

“I can’t believe it all unfolded this way,” he said. “When I left the comment at the doorbell, I didn’t even expect to hear from them, and so many blessings have followed behind.”