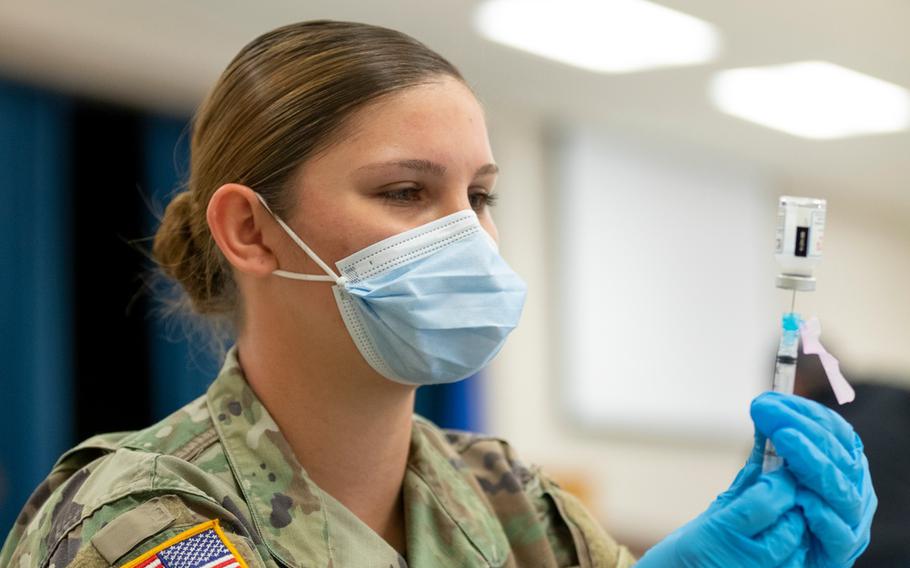 On behalf of the state and 16 members of the Oklahoma Air National Guard, O’Connor filed the federal lawsuit the same day as the Pentagon’s vaccination deadline for the guard’s air division.

The lawsuit emerges as the latest development in an ongoing fight between state leaders and the federal government as Gov. Kevin Stitt has pushed back on the COVID-19 vaccine mandate for the military that would apply to the Oklahoma National Guard.

O’Connor is asking for the federal mandate to be declared unconstitutional. He also is seeking a temporary restraining order to prevent the mandate from being enforced while litigation moves forward.

“Biden’s COVID-19 vaccine mandate ensures that many Oklahoma National Guard members will simply quit instead of getting a vaccine, a situation that will irreparably harm Oklahomans’ safety and security,” O’Connor said in a statement. “These patriots, along with many federal employees, who serve their country and their state are now at risk of being terminated because they do not wish to take the vaccine.”

In a letter to Stitt, Austin touted the COVID-19 inoculations as a key component of having a healthy and ready military force.

“(T)he immediate vaccination against COVID-19 is an essential military readiness requirement for all components and units of the military, including the Oklahoma National Guard,” he wrote.

In a Tuesday memo, Austin said guard members who refuse vaccinations could be ineligible for federal pay and barred from federally funded drills and training opportunities.

Guard members are required to participate in periodic drills and training exercises, however, Austin wrote that no excused absences would be afforded to soldiers who refused to get vaccinated.

In backing the lawsuit, Stitt called the threat of withholding pay for unvaccinated guard members “unconscionable.”

“Threatening the pay of National Guard members is manifestly unlawful and unfair, as unvaccinated active-duty personnel do not have their pay withheld,” Stitt said in a statement.

In the lawsuit, O’Connor asks the court to prevent the federal government from withholding funding from the Oklahoma National Guard or individual guard members due to a lack of vaccinations.

Among those named in the lawsuit are President Joe Biden, Austin and top federal military officials.

The lawsuit also challenges a requirement that federal employees get COVID-19 shots.

As of two weeks ago, the Oklahoma National Guard reported 89% of its airmen were fully vaccinated.

Members of the Army National Guard have until June 30 to be fully vaccinated unless they are called up for federal orders after Dec. 15.

All members of the military are required to be vaccinated for COVID-19 with an exception for those who obtain an official exemption for medical or other reasons.

Most military branches require troops to receive numerous vaccinations to be eligible for service.