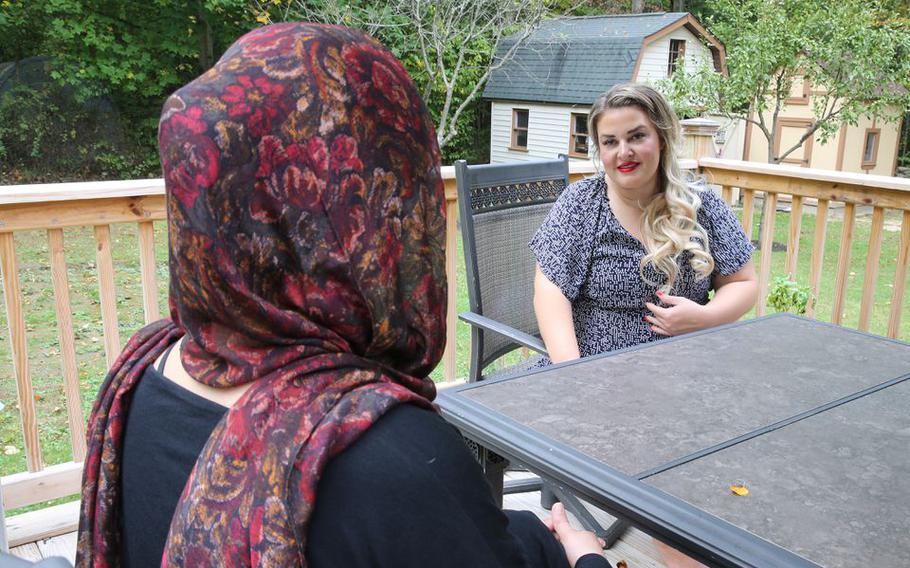 Lorain County native Jane Horton, a former senior Department of Defense official and Gold Star wife whose husband, U.S. Army Specialist Christopher Horton, was killed in Afghanistan in 2011, has a conversation with an Afghan refugee living in their home, October 14, 2021. (John Kuntz, cleveland.com/TNS)

CLEVELAND, Ohio (Tribune News Service) — Mursal leaned on the wooden fence at HideOut Pines Ranch in Sheffield, silently studying each horse, as staff prepared one for her to ride, fulfilling a lifelong dream.

As a young girl in Afghanistan, she would lie in bed at night, lost in an imaginary world so vivid that when she finally climbed on the horse that October day, the experience felt familiar to her.

Almost nothing else has, lately.

Mursal, 25, recently fled the oppressive and misogynistic Taliban regime that assumed control of Afghanistan this summer. Her harrowing escape, with the help of American allies, forced her to uproot from the life she knew and leave behind loved ones in search of safe harbor.

So much is unknown for Mursal, now – where she will settle, how she will support herself and when she will ever get to see her family again.

But for one moment – one week in Ohio — Mursal took a breath and enjoyed some of the simple pleasures that were out of reach for her in her homeland. In addition to riding horseback, Mursal went fishing off the side of a boat on Lake Erie, picked apples in an orchard and made time for other creature comforts often taken for granted as part of Western self-care rituals.

Mursal’s name has been changed for this story, to protect her identity and family members who remain in danger in Kabul, where Mursal’s journey to freedom began. 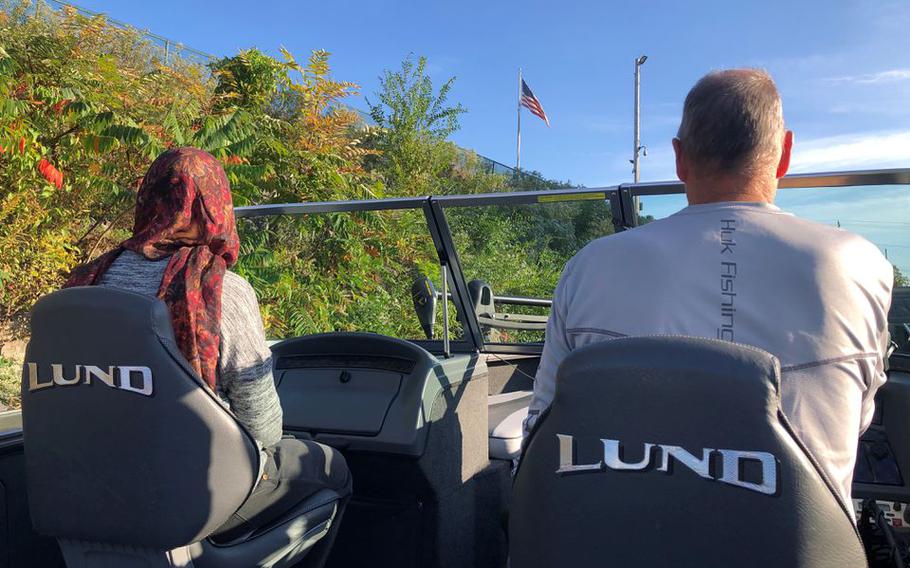 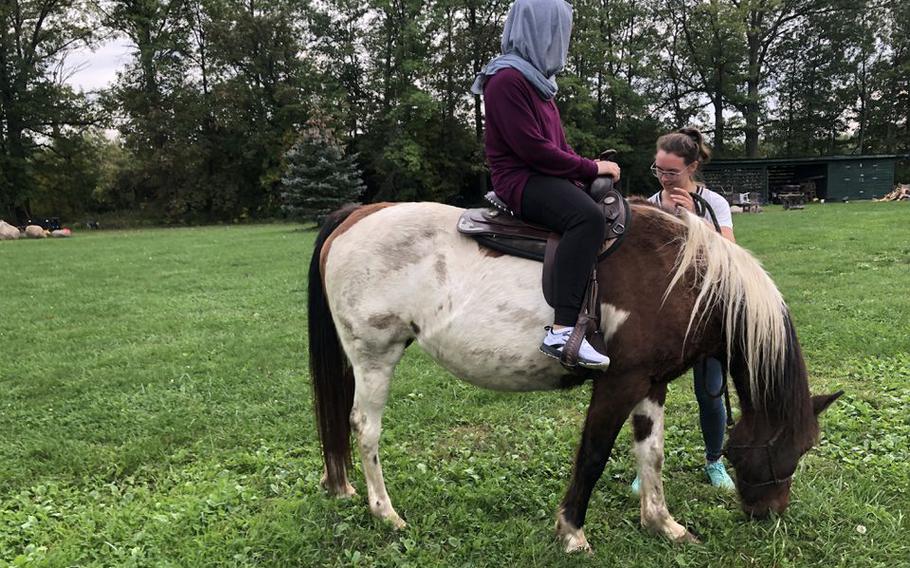 The fall of Kabul

On Aug.15, Mursal was at work in the city when she heard gunshots on the street. The security guards told her to hurry. The Taliban was in the city and she needed to go home.

“When I came out of the office, I couldn’t tell who was Taliban and who wasn’t. I saw that they removed our flag. It was heartbreaking for me,” Mursal said. “The streets were full of people who were in shock. Everyone was scared about what was next. Many people have experienced the Taliban government before and know how they treat people.”

Over the next few days, she and her family stayed inside their home while they waited to see if they would be granted visas to leave the country. The Taliban began canvassing the neighborhoods, going door to door, searching homes. When they came across one with a government car, they’d stop and interrogate the residents.

Mursal, who worked for a high-ranking government official, had fled her office so quickly she had no chance to destroy identifying documents. So when the Taliban called to confirm her government position and locate her, she knew she and her family were in danger.

Through her government job, Mursal had forged a relationship with Lorain County native Jane Horton, a former senior Department of Defense official and Gold Star wife, whose husband was killed in Afghanistan in 2011. The two kept in contact as the situation unfolded and the Taliban gained more power.

When Mursal decided she needed to flee, she turned to Horton for help because of her influential network and vast experience in Afghanistan.

“Talking to her, hearing the fear in her voice, was horrific,” Horton said. “I knew we had to get her out. Her life was in my hands, which was an honor, but also a deep responsibility.”

Eventually, Mursal got the call from Horton she was waiting for. Horton had arranged a flight for Mursal. But she had one hour to pack a bag, and there was only one spot on the plane.

Mursal agonized over leaving her family behind. But they convinced her it was OK to leave and she took off, alone, for the Kabul airport. There, she experienced firsthand a situation that was dominating news cycles around the globe.

Desperate Afghans flooded the airport, putting their lives in danger for the small chance of getting out. With the airport full, people spent as much as a week outside, lying in the street as the Taliban gained more control of the airport. And that was where she spent the first night of her escape.

The following morning Mursal flew to Qatar on a military aircraft, where she and the other refugees waited on the hot plane for hours. The heat was stifling. It was almost impossible to breathe. Some of the women and children fainted and were taken by ambulance to hospitals.

She eventually made it to Ramstein Air Base in Germany where she spent the next eight days.

Mursal said it was six days before she had access to a shower, and there wasn’t enough food for the thousands of refugees who were brought there. She recounted stories of waiting in line for up to four hours for food, and by the time she reached the front of the line, there was none left. 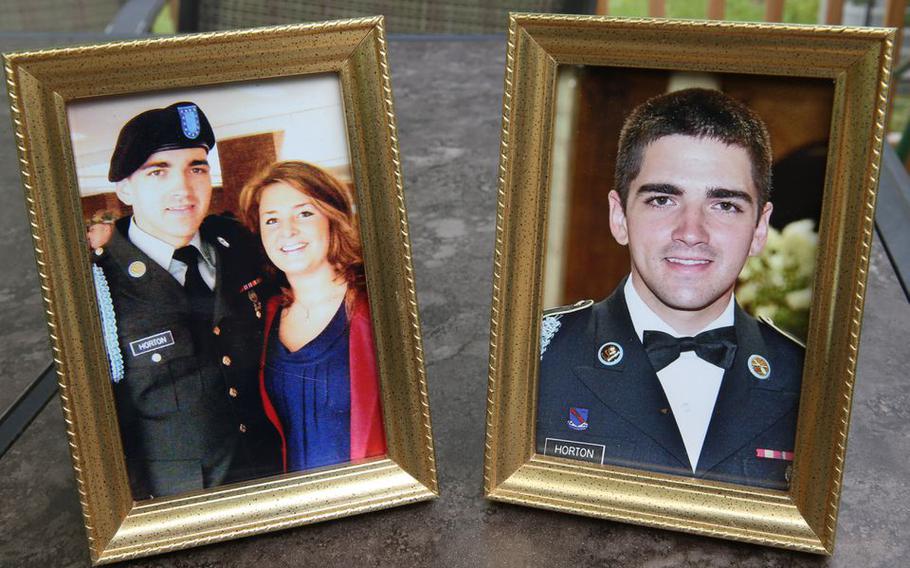 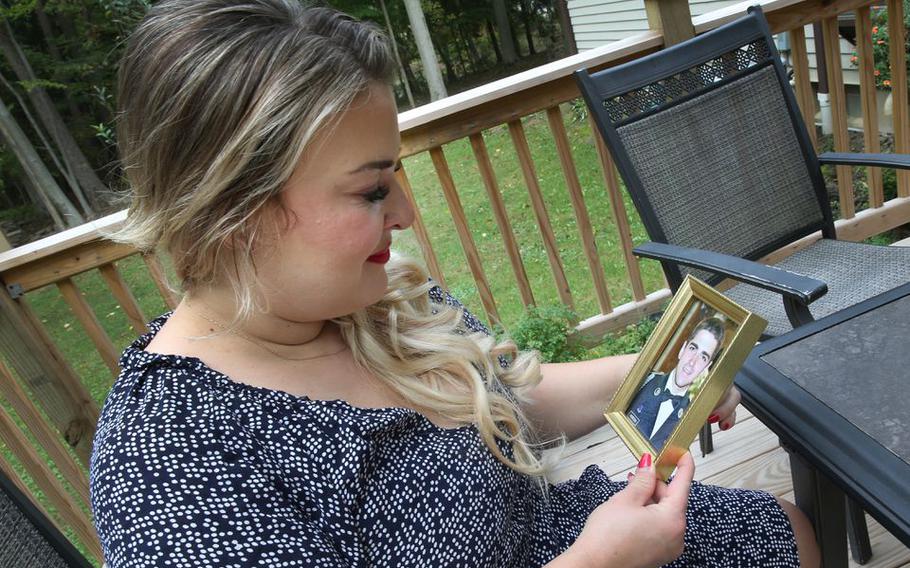 From Germany, Mursal boarded her flight to Virginia, where she first set foot on American soil and finally felt safe.

But with her family still in danger, any joy she felt was tempered with fear.

“They’re still there, and I’m here,” Mursal said. “They’re still unsafe, they’re still in the war. And even though physically I am not, a part of me is in my family and my homeland. Some of me will always be in Afghanistan.”

Back home, her family is taking it day by day. They’re working to get out of the country and adjusting to the new normal since the Taliban takeover, which is disproportionately impacting Afghan women.

“Women are not allowed to have jobs, to drive, to study, to be in decision-making positions. How do you even list things? It’s everything. Everything is finished for women since Kabul fell,” Mursal said. “A lot of opportunities were taken from us, but the biggest were security and peace. If you don’t have those, what else do you have?”

Since arriving in the U.S., Mursal has visited with family members, who worked as translators for American troops, and she has spent time in Washington, D.C., where Horton lives.

What Mursal will do with this next chapter of her life is still uncertain, but she’s grateful to be in a position where that decision is her own. And this week, she’s exercising that autonomy on easier decisions – choosing from all the simple joys she was never permitted to experience in her native land.

At the HideOut Pines Ranch, Mursal’s ride started out slow, deliberate and cautious, but it didn’t take long for her to ask if the horse could run faster. And once she learned how to trot, she and the horse took off.

“I could guide the horse and choose the path. Wherever I wanted her to go, we went,” Mursal said after her ride. “There was no one telling me where to go, no one deciding what I would do. I felt independent, strong and powerful.”