“A mussel on the shore in some ways is like a toddler left in a car on a hot day,” Chris Harley, a marine biologist at the University of British Columbia, told CBC News.

“They are stuck there until the parent comes back, or in this case, the tide comes back in, and there’s very little they can do,” Harley said.

Harley described smelling dead mussels, clams and sea stars before even reaching a beach near his home, CNN reported.

“I started having a look around just on my local beach and thought, ‘Oh, this, this can’t be good,’ ” he told the network. Harley described another nearby beach as a “catastrophe.”

Temperatures soared higher than 100 degrees Fahrenheit in British Columbia and the Pacific Northwest in recent weeks, but conditions were even worse on beaches.

“It was a Murphy’s Law of extreme heat and the lowest tides of the year at the same time,” Megan Dethier, University of Washington Friday Harbor Laboratories director, told KUOW.

A shellfish farmer in Puget Sound reported temperatures in the muddy sand reached 135 degrees Fahrenheit, according to the station.

“The clams were popping up, it looked like they were steamed open,” Adam James told the station.

“What worries me is that if you start getting heat waves like this every 10 years instead of every 1,000 years, or every five years, then it’s — you’re getting hit too hard, too rapidly to actually ever recover,” Harley told CNN. “And then the ecosystem is going to just look very, very different.” 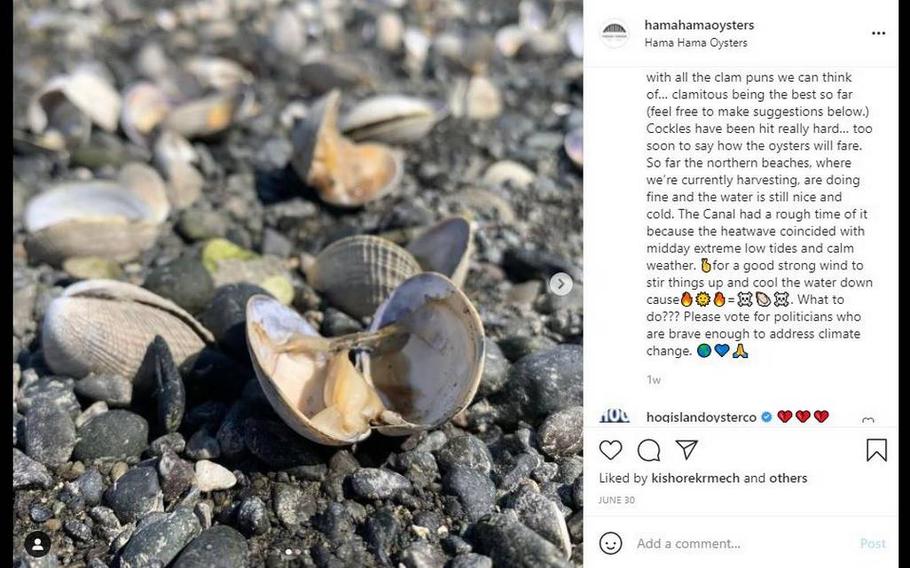