Growing gaps in US vaccination rates show regions at risk 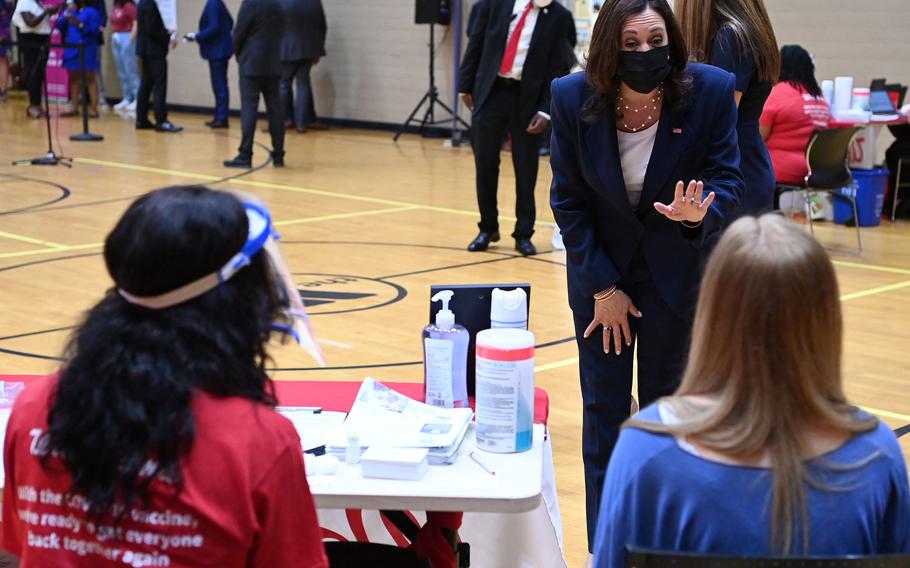 (Tribune News Service) The gap between the most vaccinated and least vaccinated places in the U.S. has exploded in the past three months and continues to widen despite efforts to convince more Americans to get a COVID shot.

On a national level, the news appears good. About 300,000 new people are getting a COVID vaccine every day in the U.S., and 54% of the full U.S population has at least one dose. The country’s vaccine campaign is among the most successful in the world, states have lifted restrictions on business and socializing, and hospitalizations have plunged.

In the least vaccinated group of counties, many of which are in the South and Central regions of the U.S., less than half as many people have gotten at least one COVID vaccine dose as in the most vaccinated counties in the cities and on the coasts. Those less vaccinated places are not catching up, either. The gap between more- and less-vaccinated counties is expanding, and the trailing counties are far below levels needed to halt future waves of infection.

In the bottom fifth of counties — which tend to be more rural, more poor, less educated and more likely to lean politically to the right — only 28% of people have received a first dose of a vaccine, on average, and 24% are fully vaccinated. The slowing rate of new vaccinations shows that despite the Biden administration’s “month of action” to hit its vaccine target of 70% of adults with at least one dose by July 4, some areas are proving hard to reach.

“The consequences could be quite severe,” Timothy Callaghan, who studies rural health at Texas A&M University. “We’re going to have counties where vaccination is rare and nowhere close to herd immunity, and others where it’s high. We could be headed toward a divided country of haves and have nots.”

Gaps in vaccination rates can leave smoldering embers of infection, ready to set an epidemic newly ablaze elsewhere. And they can create fertile ground for new mutations, giving the virus a chance to evade vaccines. An analysis last week of COVID cases in 700 counties, for example, found that the new delta variant first identified in India — believed to be far more contagious — has been found more often in less-vaccinated U.S. counties.

Bloomberg’s analysis looks at county-level data on the number of people who have received at least one dose of a vaccine, from the U.S. Centers for Disease Control and Prevention as well as the state of Texas. While previous analyses have examined county-level data on complete vaccinations, the newly available one-dose data gives a more up-to-date view.

“We need more people to get fully vaccinated to finish the job,” Biden said at an event this month in North Carolina. As of Monday, 66% of U.S. adults had at least one dose, and the current rate of shots means the administration will miss that goal. The less vaccinated parts of the country are one reason why, and contain millions of Americans who are eligible for a shot but haven’t received one yet.

Bloomberg’s analysis splits counties into quintiles based on their latest vaccination numbers, then examines average vaccination rates over time.

National or statewide vaccination averages only tell a part of the story. Viruses spread locally level, among friends, family and neighbors in a community. That’s how measles, which was declared eliminated from the U.S. in 2000 by the World Health Organization, has flared back up in recent years. Overall measles vaccination rates are high, on average, but have declined drastically in some pockets and been followed by outbreaks. The nation’s COVID defenses are far weaker.

Political leanings don’t necessarily explain why people opt out of vaccination. Often political affiliations are also associated with other factors that might influence that decision. Other top indicators included college education, income and home values, and population density. Because those under the age of 12 aren’t yet eligible to receive a vaccine, counties with relatively more children — including in Texas, Kansas and Mississippi — are also more likely to have lower vaccination rates as a result

Polling by the Kaiser Family Foundation suggests that about 13% of Americans plan to avoid the vaccine no matter what, while another 12% say they are waiting before making a decision and 7% will get vaccinated only if required. Among the most hesitant groups, according to KFF, are Republicans, people of color, young people, and rural residents — similar to Bloomberg’s analysis.

In Arkansas, nearly half the state’s 75 counties are in the bottom quintile nationally, including six with fewer than 25% of people vaccinated with at least one dose. Just seven counties in the state have crossed the 40% threshold.

“There are a thousand different reasons why people get the vaccine or avoid the vaccine,” said Robert Ator, director of Arkansas’s vaccination efforts. He said the state is now focusing on microtargeting and partnering with community leaders to drive up vaccination rates. “There are 75 recipes for addressing hesitancy in 75 different counties,” he said.

West Virginia was an early leader in the U.S. campaign, quickly vaccinating many of its elderly residents in nursing homes. But its rates have fallen off since then. It now ranks ninth from last among states, based on the share of the population with at least one dose.

Christopher Martin, an expert in public health at West Virginia University, said that many of the places where people are most likely to be hesitant about vaccines are also the places where it’s least convenient to find one.

“We know vaccine hesitancy is more prominent in rural areas.” But those places also often health deserts with limited access to care. “We’re expecting vaccine-hesitant people to get up and travel distances in rural areas to get a vaccine.”

Those places and others like them are making slow progress. In the month of June so far, the bottom fifth of counties improved their vaccination rate by only 1.5 percentage points, on average, falling further behind the rest of the country.