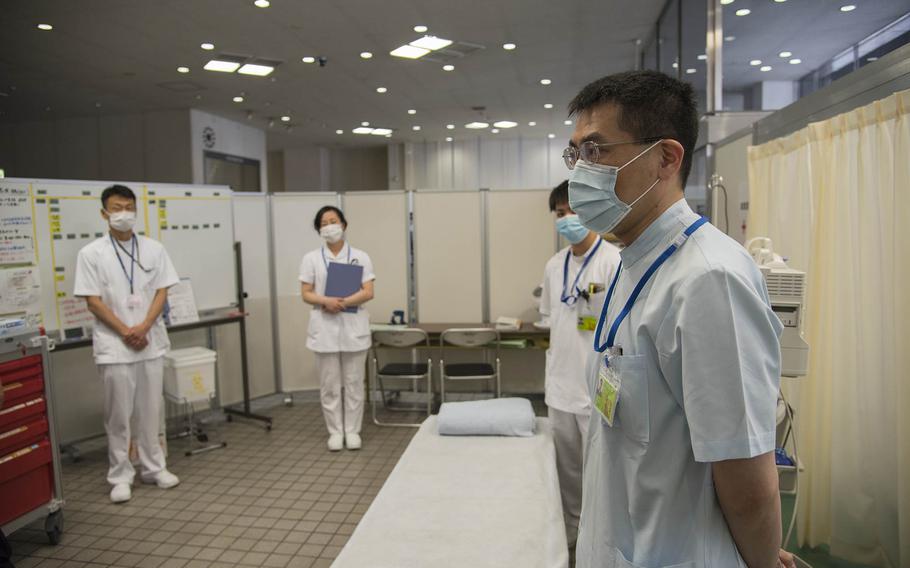 CAMP FOSTER, Okinawa – New cases of the coronavirus respiratory disease are starting to increase across Japan, more than a week after a state of emergency was lifted in Tokyo and several other prefectures.

Japan had 1,323 new coronavirus cases Tuesday, 365 more than the previous day and 312 more than the same day last week, according to public broadcaster NHK and the World Health Organization. There were 25 deaths nationwide.

Tokyo on Tuesday reported another 476 infections, 159 more than the previous day and 41 more than a week ago, according to NHK, which cited metropolitan government data. There were four deaths.

Okinawa prefecture, home to most U.S. troops in Japan, reported another 84 new infections Tuesday, 59 more than the previous day but 14 less than the same day last week, according to NHK. Okinawa remains in a state of emergency until July 11.

Kadena Air Base on the island reported two positive COVID-19 cases since the numbers were last reported on Saturday, according to an official Facebook post Tuesday afternoon. One individual self-isolated after developing symptoms and the other, a recent arrival to Japan, was identified through end-of-quarantine testing.

Yokosuka Naval Base, 35 miles south of central Tokyo, has had two base employees test positive since Friday, officials wrote in a Facebook post on Tuesday afternoon.

One of the individuals, who is in Japan under the status of forces agreement that dictates the U.S. presence in the country, was fully immunized but tested positive after developing symptoms. The other is a base employee who had received a first dose of the vaccine.

Both will remain in quarantine until they have recovered, the post said. The SOFA member is being monitored by U.S. Naval Hospital Yokosuka staff.

The government has counted more than 155,000 COVID-19 infections during the pandemic and 2,000 deaths, the WHO said.