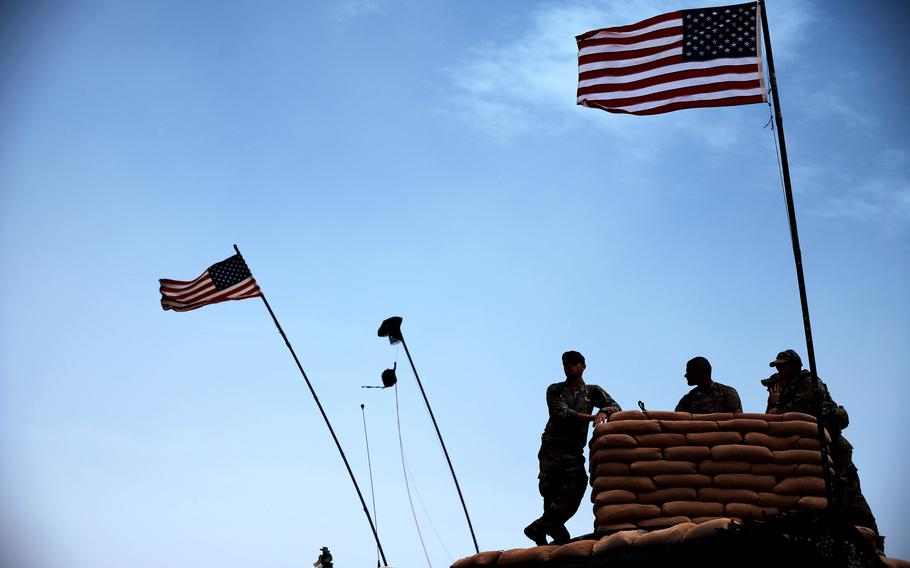 Soldiers at Al-Tanf garrison in Syria watch for the impact of an 81 mm mortar during a readiness exercise in 2020. The base was attacked by three drones Jan. 20, 2023, with one striking the compound, U.S. Central Command said. ( William Howard/U.S. Army)

Three aerial drones swarmed a base in Syria used by U.S. forces Friday, with one drone striking the compound, U.S. Central Command said in a statement.

No U.S. forces were injured in the attack on Al-Tanf garrison, but the strike injured two members of the Syrian Free Army.

“Attacks of this kind are unacceptable ⁠— they place our troops and our partners at risk and jeopardize the fight against ISIS,” said Joe Buccino, a CENTCOM spokesman, in a statement Friday.

CENTCOM did not identify the model of the drones involved or the group responsible for the attack, in an email response to questions Friday.

Roughly 900 U.S. troops are based in Syria to support operations against the Islamic State militant group and to train partner forces such as the Syrian Free Army.

The U.S. military and these partner forces launched hundreds of anti-ISIS operations in Iraq and Syria in 2022, with 313 declared operations between the two nations, CENTCOM said earlier this month.

The attack on Al-Tanf comes one day after the U.S. military announced the seizure of a militant from the Islamic State group following a helicopter raid in eastern Syria.

The militant was described as an ISIS Syrian provincial media and security operative involved in planning and global recruiting efforts, said a CENTCOM statement Thursday, which offered few other details.

The U.S. has been fighting ISIS since the militant group conquered about a third of Syria and 40% of Iraq in 2014.

ISIS lost its last territorial enclave in 2019, but militants continue to launch throughout the region. In January, ISIS militants overran al-Sinaa prison in the Syrian city of Hassakeh as part of an attempted prison break there.