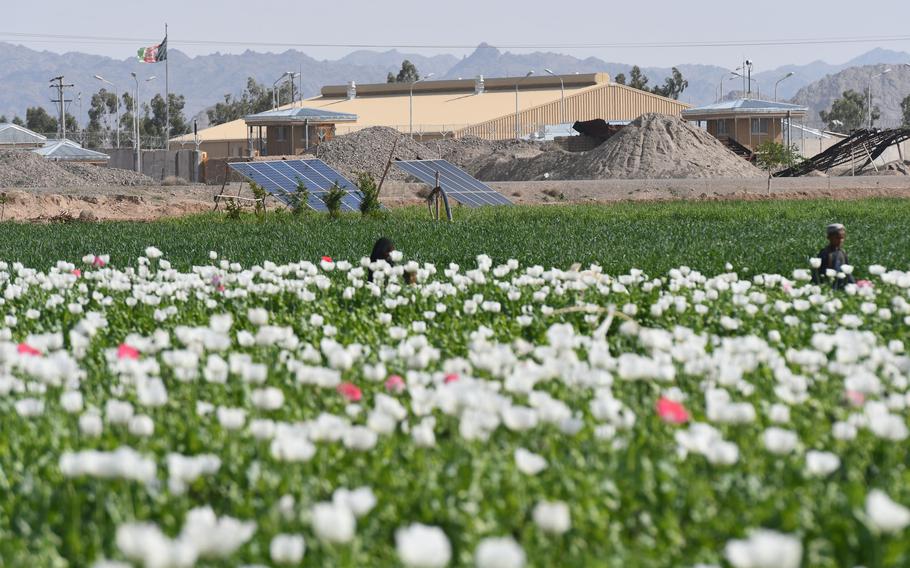 Afghanistan's opium production crossed the 6,000-ton mark for the fifth straight year, according to a United Nations report, undermining efforts to stop the war-torn nation from being the hub of the global drug trade.

The country has produced 6,800 tons in 2021, and the uncertainty resulting from the Taliban's takeover of the country has pushed up opium prices in August and September. Output grew 8% this year and incentives for cultivation have risen as prices have picked up amid soaring poverty and food insecurity, according to the report.

"The 2022 opium harvest will be based on decisions that farmers will make in November 2021, when they are starting to sow opium poppy," the report, released Monday, added.

Afghanistan is the world's largest opium producer, accounting for some 87% of the global production, despite a $9 billion, two-decade effort by the U.S. to deter illegal production of the drug in the country. The crop also makes up the largest share of illegal activity in the country where the economy has been long dependent on foreign aid and opium sales.

"Income from opiates in Afghanistan amounted to some $1.8-$2.7 billion in 2021," the report said. "However, much larger sums are accrued along illicit drug supply chains outside Afghanistan."

Opium comes from the sap in unripe poppy-seed pods. The sap dries into a brown latex that contains alkaloids which produce a host of narcotic and pharmaceutical drugs, including heroin, methamphetamine, morphine and codeine.