WASHINGTON — Defense Secretary Lloyd Austin on Friday approved a new command for American forces in Afghanistan to oversee troops who will remain in the country to protect diplomats after the U.S. military drawdown ends next month, chief Pentagon spokesman John Kirby said.

Though the U.S. drawdown was originally scheduled to be completed by Sept. 11, Kirby said Friday that U.S. combat operations on the ground in Afghanistan will be concluded by the end of August. The only U.S. troops remaining in the country will be assigned to support the embassy in Kabul.

The new Kabul-based command will be led by Rear Adm. Peter Vasely, and those troops will help with security requirements at the Hamid Karzai International Airport there. The force will also offer “continued advice and assistance to Afghan national defense and security forces” and support counterterrorism efforts, Kirby said.

Austin also Friday approved a plan to transfer command authority of the mission in Afghanistan from Army Gen. Scott Miller, the top commander in the country, to Marine Gen. Frank McKenzie, who leads U.S. Central Command, Kirby said. That change in command will happen later this month.

“(McKenzie) will continue to exercise authority over the conduct of any and all counterterrorism operations needed to protect the homeland from threats emanating out of Afghanistan, and he will lead efforts to develop options for the logistical, financial and technical support to Afghan forces once our drawdown is complete,” Kirby said.

The Pentagon has said while on-the-ground counterterror operations will cease after the drawdown, the U.S. will retain “over-the-horizon” capabilities, though details have been murky.

The changes follow meetings this week between Austin and the foreign ministers of Uzbekistan and Tajikistan — countries that share southern borders with Afghanistan.

Kirby would not say whether the countries could be candidates for stationing some of those undisclosed over-the-horizon forces. But he did say it’s “safe to assume” the Pentagon and State Department are “talking to a range of neighboring nations about the possibilities” and “opportunities that might exist there.” 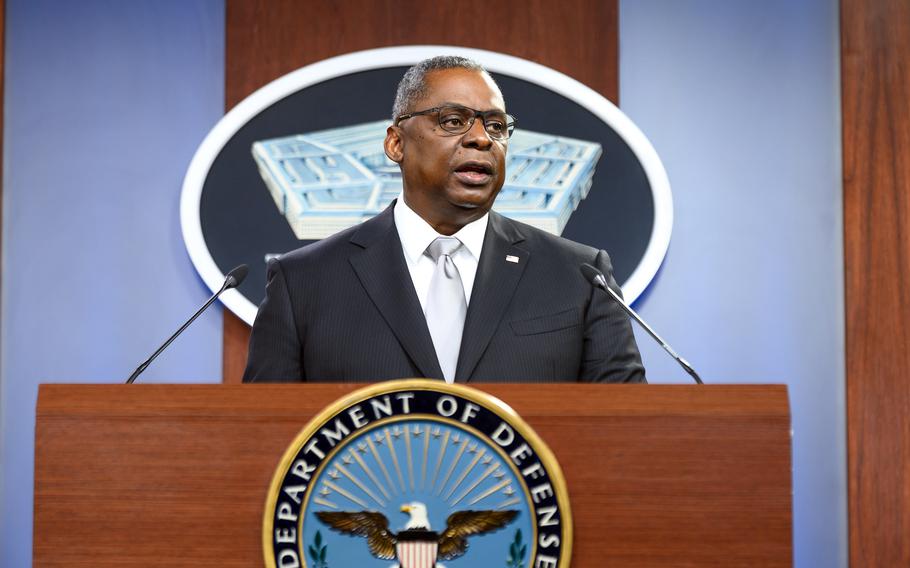