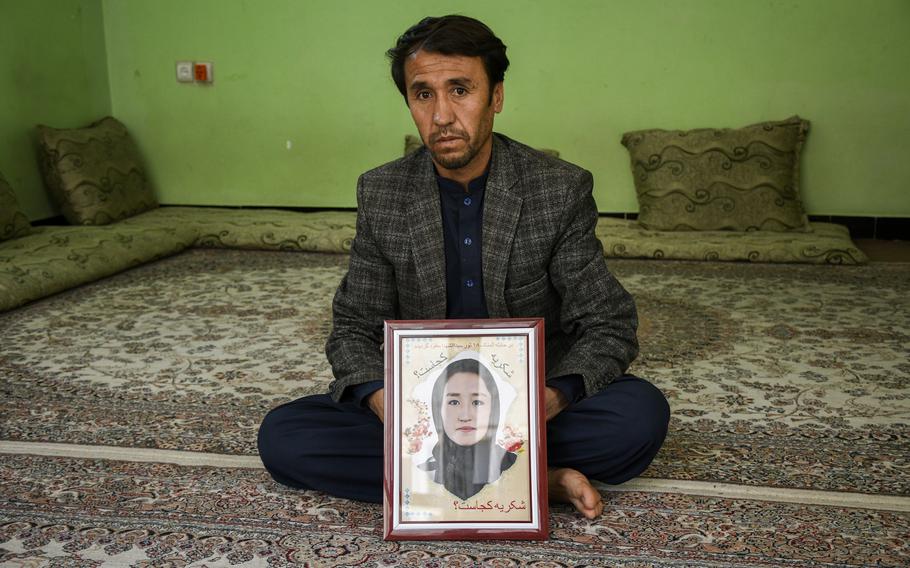 Buy Photo
Abdullah Ahmadi holds a picture of his daughter Shukria, 18, on May 31, 2021. Shukria has been missing since a bombing killed at least 85 students at a girls’ school in western Kabul, Afghanistan on May 8, 2021. (J.P. Lawrence/Stars and Stripes)

KABUL, Afghanistan — Abdullah Ahmadi still hasn’t seen his daughter in the weeks since three bombs killed at least 85 students and wounded 186 at a girls’ school in the Afghan capital.

Ahmadi refuses to believe that Shukria, 18, is dead. He searches for her each day, with the idea that she might have been brought to a hospital with minor wounds after he found a singed notebook of hers at the site.

“No one knows what happened,” Ahmadi said.

Since the May 8 attack on the Sayed al-Shuhada school, located in a neighborhood with a large Shiite minority presence, no one has claimed the attack or been held responsible by Kabul authorities.

The lack of answers and ongoing questions of security as U.S. and foreign forces prepare to leave the country have left many in the community angered and worried but also determined to preserve the education rights gained by women in the city since the fall of the Taliban two decades ago.

Fatima Jafari, the headmistress of the school in western Kabul’s Dasht-e-Barchi neighborhood, said she knew Shukria. The 11th grader had been marked present that day.

Jafari doubts Shukria is truly missing and wonders whether the girl's body vanished in the force of the blast. None of the other wounded girls saw her at any of the hospitals, Jafari said.

Like others, Jafari has vivid memories of the horror of that day. 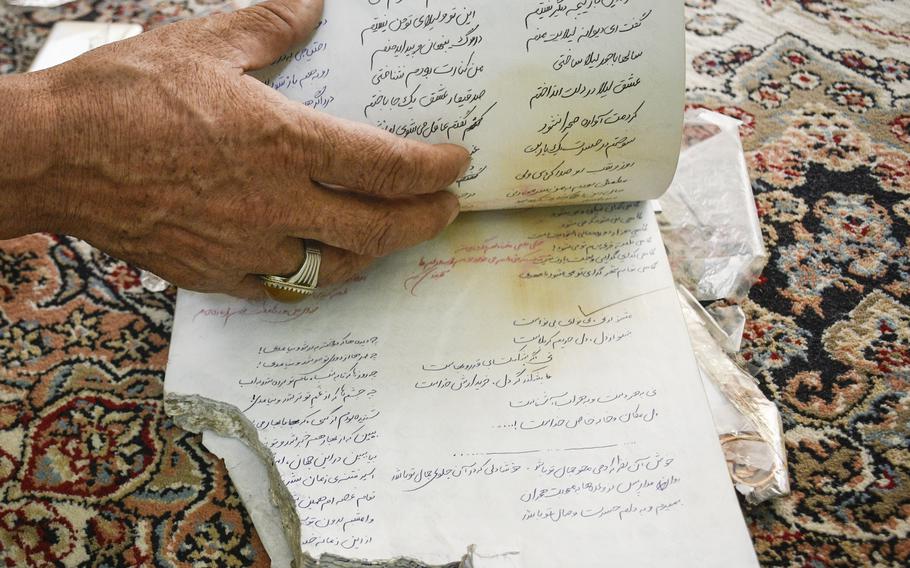 Buy Photo
A notebook belonging to Shukria Ahmadi, who is missing following a deadly bomb blast, contains her notes and homework, said her father Abdullah Ahmadi, at his house in western Kabul, Afghanistan on May 31, 2021. (J.P. Lawrence/Stars and Stripes) 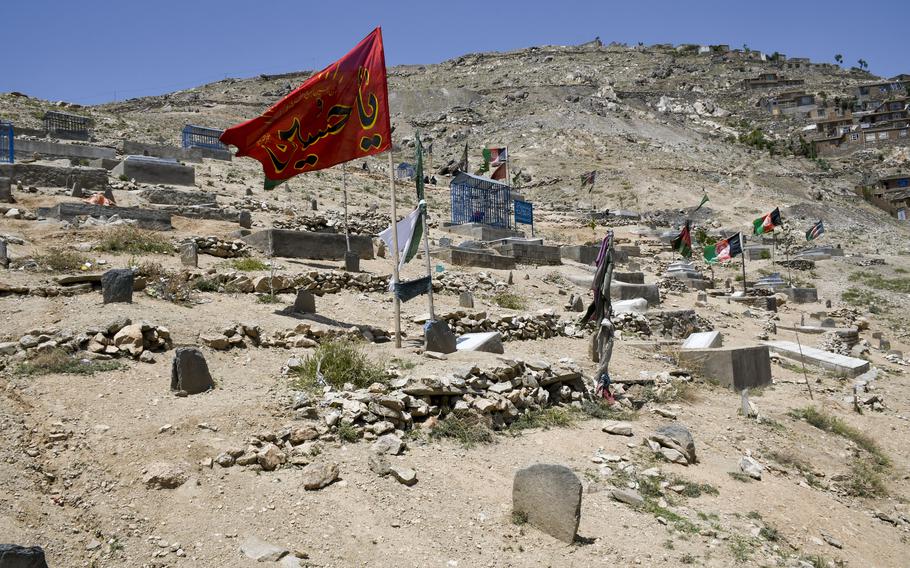 Buy Photo
Flags fly over a cemetery in the Dasht-e-Barchi neighborhood, a majority Shiite district in the west part of Kabul, Afghanistan, where numerous funerals took place after an attack May 8, 2021, on a school there. (J.P. Lawrence/Stars and Stripes) 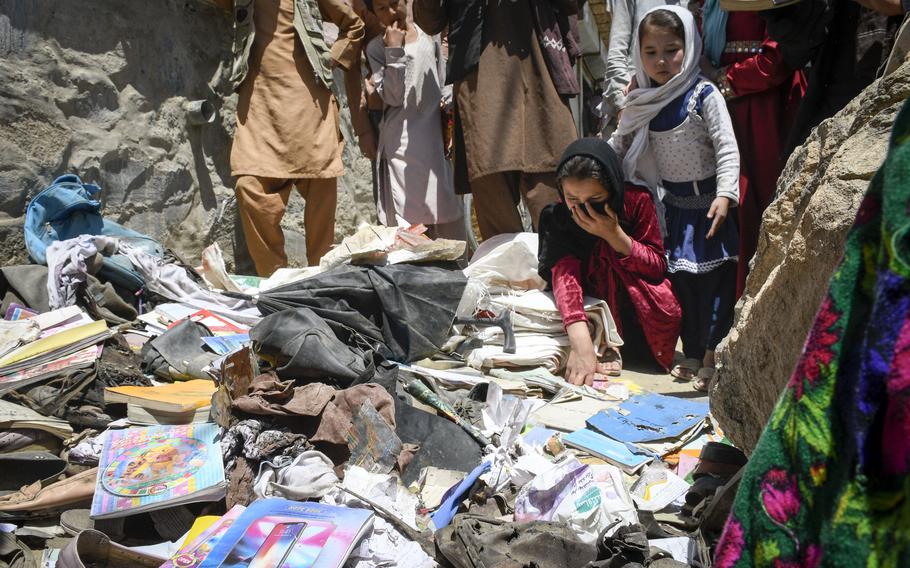 Buy Photo
Children pick through items left behind the day after a deadly attack on the Syed Al-Shahda school in Kabul, Afghanistan, May 9, 2021. (J.P. Lawrence/Stars and Stripes) 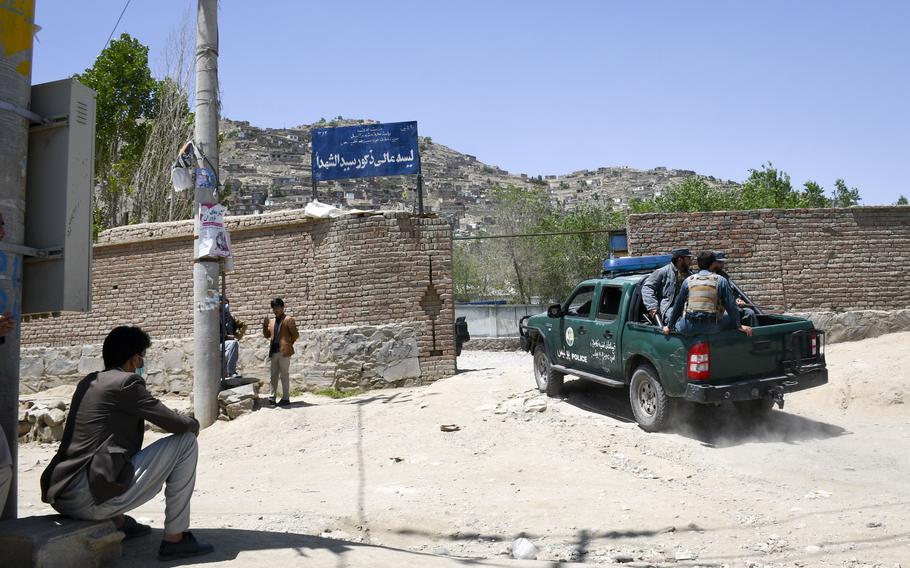 Buy Photo
Police arrive at the Syed Al-Shahda school in the Dasht-e-Barchi neighborhood in west Kabul, Afghanistan on May 9, 2021. A bombing a day earlier struck schoolgirls as they left to go home, leaving at least 85 dead and 186 wounded. (J.P. Lawrence/Stars and Stripes)

“I still feel that sound of that explosion in my ears sometimes,” she said, “and get really terrified when I cross that place when going to the school.”

As many as 100 other survivors of the attack are struggling with trauma and psychological conditions, Afghanistan’s Tolo News reported.

Despite the trauma, survivors of the attack still want to go to school, Jafari said.

“I haven’t seen any family taking their girls out of the school,” she said. “They believe in education, and they will continue to learn.”

The Afghan government blamed the Taliban, who denied the attack. Islamic State militants, who consider the ethnic Hazara Shiites religious apostates, have often targeted the area.

Victims’ families have urged the Afghan government to explain how so many of their daughters died that day. The country’s second vice president, Sarwar Danesh, recently announced a plan to protect Dasht-e-Barchi.

But the announcements mean little to those who lost loved ones in the attack.

“This is the responsibility of the government to find what exactly has happened,” said Rohullah Ahmadi, Shukria’s uncle.

Shukria loved poetry, drawing and above all wanted to be a news anchor, her father said.

He is angry at the government’s lack of response to the bombing and fears for his country’s future in light of the U.S. withdrawal. But he remained optimistic he would one day see his daughter again.