US withdrawal from Afghanistan is up to 44% complete after one month, defense officials say

WASHINGTON — One month into the U.S. drawdown from Afghanistan, American forces have completed between 30% to 44% of the entire withdrawal process, chief Pentagon spokesman John Kirby said Tuesday.

Since the withdrawal’s official start May 1, the military has removed the equivalent of about 300 C-17 Globemaster III loads of material out of Afghanistan, Kirby told reporters at the Pentagon, citing information from U.S. Central Command.

Additionally, U.S. forces have turned over nearly 13,000 pieces of equipment in Afghanistan to the Defense Logistics Agency for destruction, Kirby said.

Defense Secretary Lloyd Austin told House lawmakers on Thursday that the overall drawdown was “slightly ahead” of schedule but provided no additional details about the efforts.

CENTCOM has been providing weekly updates but are withholding information about the number of U.S. troops remaining in Afghanistan, citing operational security. Before the drawdown began, there were approximately 2,500 troops in the country.

In the last month, the U.S. also sent additional troops and other assets — including several hundred Army Rangers and 12 F-18 attacks planes — to the region to help protect exiting forces as they leave Afghanistan.

Also helping protect the withdrawing troops are six B-52 bombers based in Qatar and the aircraft carrier USS Dwight D. Eisenhower, which Austin directed to stay in the Middle East should extra force be needed.

The drawdown is expected to be completed by Sept. 11. 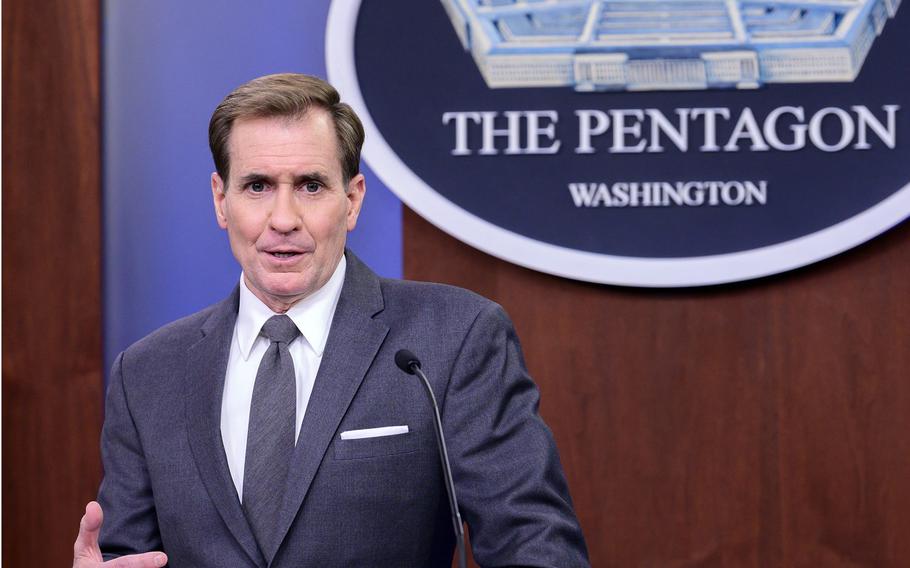