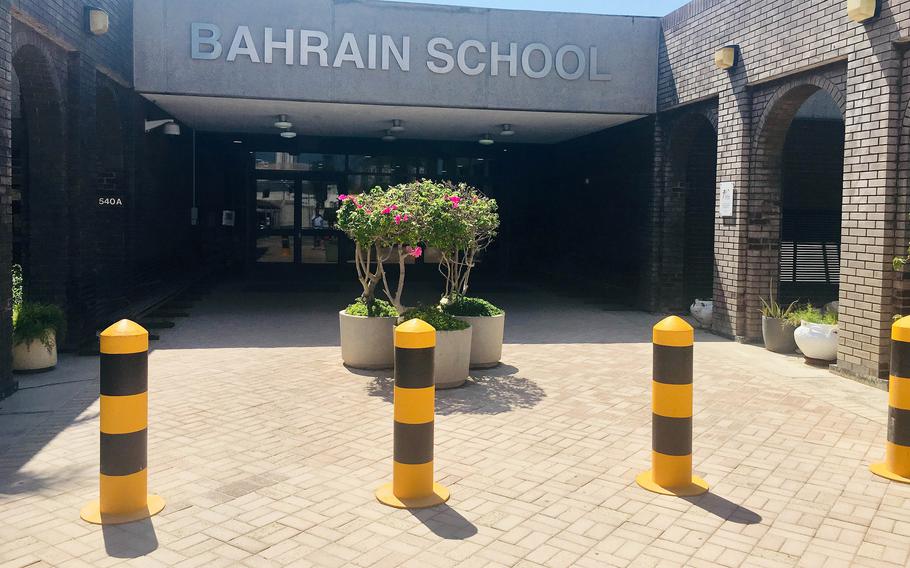 Buy Photo
Students at DODEA's Bahrain School will transition to remote learning May 31, 2021, as the base goes into health protection condition level Charlie, amid a rise in new coronavirus cases on the island. (Joshua Karsten/Stars and Stripes)

The decision to close the classrooms came after the Navy base in Bahrain announced it would shift to the second-highest health protection condition risk level, school officials said in a letter to parents and staff members Thursday.

HPCON Charlie indicates “sustained community transmission,” according to the Pentagon.

Bahrain, home to U.S. Naval Forces Central Command and 5th Fleet headquarters, had a seven-day average incidence rate of 170 new cases per 100,000 people as of Wednesday, according to figures from The New York Times. On Wednesday, 2,791 new cases were reported, along with an ongoing average of 15.6 deaths per day.

About 45% of the island’s 1.75 million people are fully vaccinated, The New York Times data shows.

Bahrain announced new measures Wednesday to tackle the recent spike in cases. They include closures of malls and commercial shops, restaurants and cafes — except for delivery and takeout services — as well as barbershops and hair salons, gyms, pools and beaches.

The country also barred social gatherings in homes and suspended in-person learning at schools. The measures will remain in effect until at least June 10.

No decision has been made on how long Defense Department classes in Bahrain will remain in remote learning, said Stephen Smith, a Department of Defense Education Activity-Europe spokesman.

“We will continue to work with military and public health officials to monitor the situation and will provide updates as necessary,” the letter said.

The last day of school for DODEA students in Bahrain is June 10.