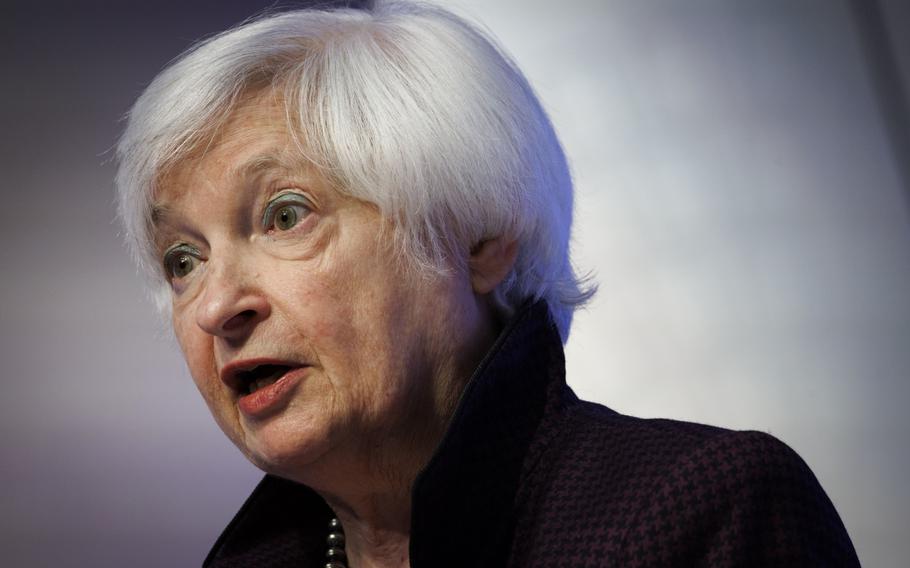 U.S. Treasury Secretary Janet Yellen will hold her first face-to-face meeting with Chinese Vice Premier Liu He on Jan. 18, 2023, in Zurich, making a detour on her way to talks in Africa. (Ting Shen/Bloomberg)

U.S. Treasury Secretary Janet Yellen will hold her first face-to-face meeting with Chinese Vice Premier Liu He on Jan. 18 in Zurich, making a detour on her way to talks in Africa.

The pair "will exchange views on macroeconomic developments and other economic issues," the Treasury Department said in a statement.

The surprise announcements follow the November meeting of Biden and Xi on the sidelines of the Group of 20 summit in Bali, Indonesia. It was the first face-to-face session for the heads of state and has initiated a modest thawing of relations between the two governments.

Despite that, the Wednesday morning meeting in Switzerland could be contentious as Washington and Beijing continue to squabble over trade, human rights and the autonomy of Taiwan. In recent months Yellen has championed a so-called "friend-shoring" policy that would see the U.S. and its allies rely less on China for the supply of critical goods.

That and efforts to deny China access to technologies, including advanced semiconductors, has led Beijing to accuse the U.S. of economic protectionism and to file a dispute with the World Trade Organization.

Secretary of State Antony Blinken is scheduled to visit Beijing early in 2023. Yellen said in December she had no specific plans for a similar trip but was open to that possibility.

In addition to addressing several touchy topics, Yellen might also use the Zurich get-together to quiz Liu on the state of China's economy and the direction of economic policy following Xi's consolidation of power during an Communist Party congress in October.

Yellen told Bloomberg News in November that Xi's strengthened grip on power, and the turnover of leading officials in Beijing, had increased uncertainty over the direction of the world's second-largest economy. Yellen may ask about a series of recent developments suggesting the new leadership team is indeed willing to give the private sector more space and support.

Liu, with whom Yellen has held three video conferences, is among officials expected to leave his current post when Xi unveils his new government in March.

The Zurich stop comes at the front end of an 11-day journey taking the Treasury chief to Senegal, Zambia and South Africa. It's part of a Biden administration strategy to build ties on the continent and counter China's influence across the developing world.

Liu is in Switzerland to attend the World Economic Forum's annual meeting in Davos.