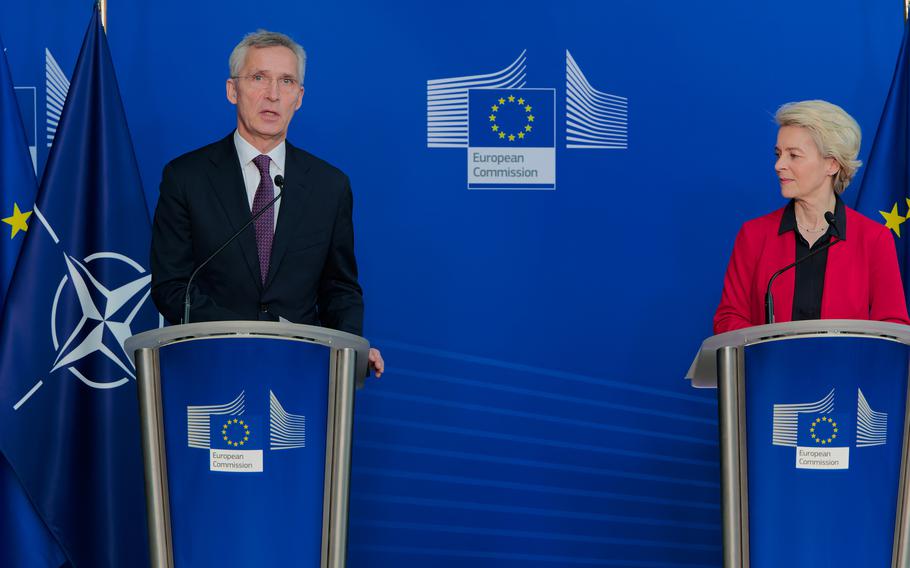 NATO and the European Union agreed Wednesday to launch a task force focused on protecting critical infrastructure from sabotage, a move prompted by the intentional destruction of an undersea gas pipeline last year.

The incident heightened concerns about vulnerabilities to crucial infrastructure relied on by both civil society and militaries, including U.S. forces.

Stoltenberg’s comments came ahead of a meeting between the NATO chief and EU officials on defense and security matters.

In September 2022, the Nord Stream gas pipeline, which runs from Russia to Germany via the Baltic Sea, began leaking after a series of clandestine explosions. An international investigation determined that the damage was intentional. 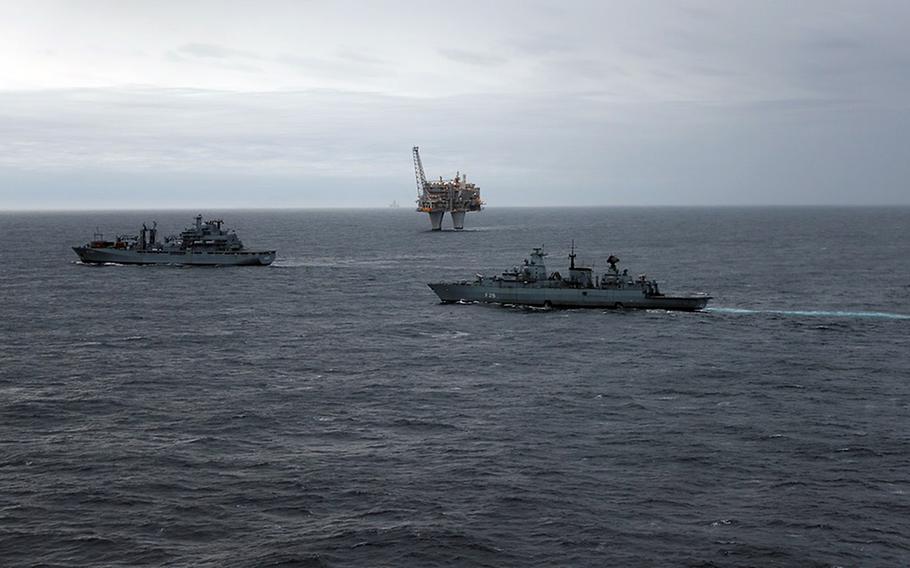 The German task force supply ship Berlin and the frigate Schleswig-Holstein cruise off the coast of Norway in November 2022. The German navy monitors the sea area of NATO's northern flank to protect critical maritime infrastructure there. (German armed forces)

So far, a culprit has not been identified, though some in the West have blamed Russia, which pointed the finger at the United Kingdom but provided no evidence that the NATO country had sabotaged a fellow alliance member’s energy supply.

Protecting underwater communication cables is a key objective of the task force. The group also will look at emerging and disruptive technologies, space and the security impact of climate change, Stoltenberg said.

“This will be an important step in making our societies stronger and safer,” Stoltenberg said.

Meanwhile, he welcomed recent announcements by the United States, France and Germany, which pledged to send armored infantry fighting vehicles to Ukraine.

“At this key juncture of the war, we must do even more, even faster,” Stoltenberg said.

Later this month, Defense Secretary Lloyd Austin will meet with members of the Ukraine Defense Contact Group, which will gather at Ramstein Air Base to consider what additional support is needed for Ukraine’s military.