Get used to wielding ‘hard power,’ US Army general at head of NATO command tells allies 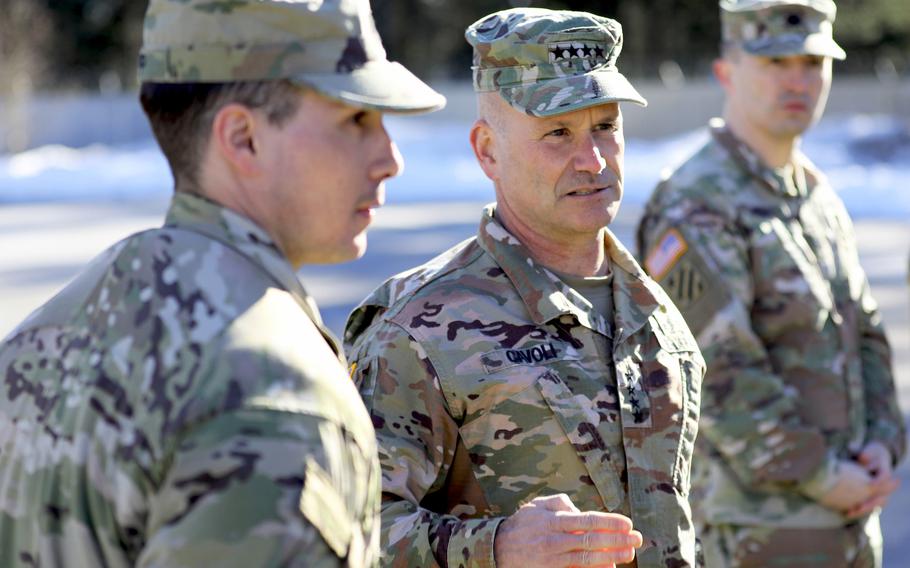 U.S. Army Gen. Christopher Cavoli talks to troops in March 2022 in Adazi, Latvia. Cavoli, speaking at a security forum in Sweden on Jan. 9, 2023, outlined the steps NATO allies are taking in reaction to how Russia’s war on Ukraine is unfolding. (Ryan Gay/U.S. Army National Guard)

STUTTGART, Germany — Drastic changes are coming for NATO, and the U.S.-led alliance’s top American officer in Europe says members must face this fact: “Hard power is a reality.”

Supreme Allied Commander Gen. Christopher Cavoli, speaking at a security forum in Sweden on Monday, outlined the steps allies are taking, many of which stem from how Russia’s unprovoked war of aggression against Ukraine is unfolding.

“The scale of this war is out of proportion with all of our recent thinking, but it is real,” Cavoli said. “And we must contend with it.”

The implication is that while “soft power” diplomacy and economic measures favored by some allies in recent years have a role, being skilled with tanks, artillery and all manner of firepower must take precedence to defend against Russia.

For NATO, implementing its overarching strategy, known as Defense and Deterrence of the Euro-Atlantic Area, is central to its efforts as allies prioritize collective territorial defense, Cavoli said.

The work revolves around tailoring military plans by region with updated details on how strategic areas will be defended.

“Of course, these plans are going to go ahead and drive a tremendous amount of change in the alliance,” Cavoli said.

For example, command and control structures responsible for putting defense plans into action will have to be altered to “make them fit for a new purpose,” he said.

A new force model to produce larger and more combat-ready forces also is in the works. That will involve having troops ready on a standing basis, as opposed to the rotational, schedule-based model allies have had the luxury of using during the past 20 years.

The new force model, which Cavoli described as “promising,” is now being fleshed out with troop commitments from member states.

On top of that, a new force structure will be installed that will specify the amounts and types of equipment needed across the alliance to conduct operations, he said.

Such plans will play a role in NATO being able to reinforce eight battlegroups that have been set up along NATO’s eastern flank. Other changes on the way include a more integrated air and missile defense posture in the east, Cavoli said. 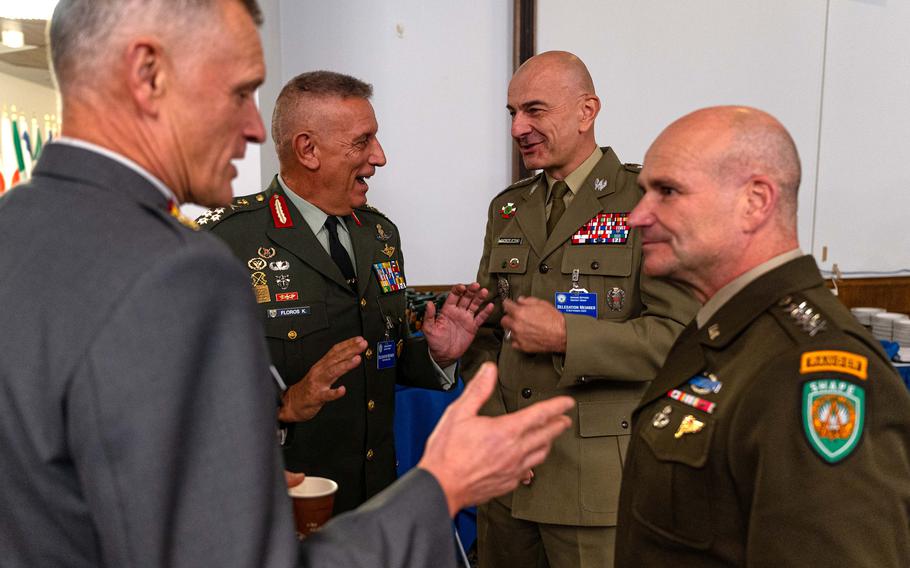 The Russia-Ukraine war has shown the West that it needs to produce weaponry and munitions at a large scale, he added. In Ukraine, the Russians have expended on average well over 20,000 artillery rounds per day, Cavoli said.

For decades, NATO’s focus was on “out of area” operations such as the war in Afghanistan, while territorial defense fell by the wayside during a post-Cold War era that took peace in Europe as a given.

The jarring effect of Russia’s full-fledged invasion of Ukraine has put in motion changes almost unthinkable a year ago, such as Finland’s and Sweden’s bids to shift from military nonalignment to NATO membership.

Regarding Sweden’s accession, delayed because of objections from Turkey, Cavoli said incorporating the Nordic country into allied defense plans would be easy given the quality of the country’s military.

“It’s good if it’s easy, because I think the future looks hard,” Cavoli told his Swedish audience. “The NATO you are planning to join is in a new world, one shaped by Russia’s illegal war on Ukraine.”

Cavoli, an Army officer who also serves as head of the Stuttgart-based U.S. European Command, said that future means prioritizing hard power, a comment that could go against the grain of the sensibilities of some member states such as Germany.

In Berlin’s previous dealings with Moscow, fostering economic ties and downplaying Russia’s military threat was the norm in the years leading up to the 2022 invasion.

That mindset held firm for German leaders in spite of the Kremlin’s armed annexation of Crimea in 2014 and the assassination of a Chechen refugee in Berlin by a former colonel in Russia’s security services in 2019.

“The great irreducible feature of warfare is hard power. And we have to be good at it,” he said.

He added that in the military realm, cyber and information operations are also valuable.

“But if the other guy shows up with a tank, you better have a tank,” Cavoli said.