Push underway in NATO to raise defense spending by members German soldiers guard equipment during an exercise near Dillingen Barracks, Germany, in December 2022. Germany and most other NATO members have steadily been increasing defense spending since Russia’s initial invasion of Ukraine in 2014.  (German Armed Forces)

STUTTGART, Germany — Some NATO countries want to increase defense spending requirements for members, which would turn a long-standing benchmark into a bare minimum, the alliance’s top official said this week.

NATO Secretary-General Jens Stoltenberg, in an interview published Tuesday by the German news agency DPA, said there is a push for more ambitious goals for defense investment than the benchmark 2% of gross domestic product by 2024, which most members haven’t yet attained.

“Some allies are strongly in favor of turning the 2% goal into a minimum target,” Stoltenberg said. “We will have ministerial meetings, we will have discussions in capitals.” 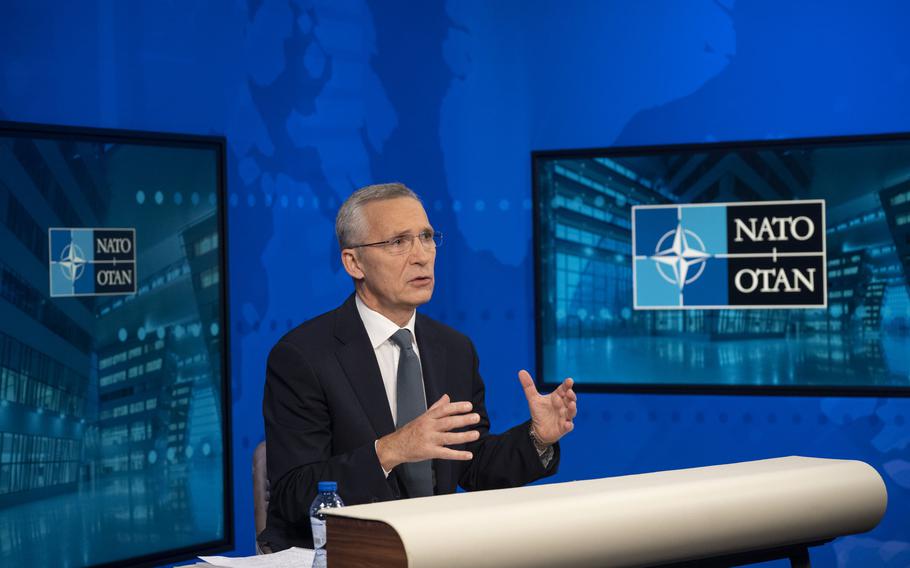 The alliance’s approach to military spending will be dealt with at a June summit of heads of state in the Lithuanian capital of Vilnius, Stoltenberg said.

All NATO members are expected to reach the 2% spending guideline by 2024, a deal arranged at the alliance’s 2014 summit in Wales.

But the benchmark is more of a goal than a membership mandate. NATO has no mechanism to force its members to spend more.

It’s unclear whether setting a new minimum spending level or increasing targets will have the effect of forcing countries that habitually fall short into ponying up.

Defense spending has long been a hot-button issue inside NATO, with multiple U.S. administrations admonishing members that consistently fall short on spending.

Former President Donald Trump took those criticisms to a new level, accusing countries such as Germany of failing to invest enough in its own defense while enjoying security guarantees provided by the U.S. military.

Still, Germany and most other NATO members have steadily been increasing expenditures since Russia’s initial invasion of Ukraine in 2014.

Berlin also has pledged to further ramp up spending in the aftermath of Russia’s full-fledged war on Ukraine launched in February.

Even so, with only about 1.4% of GDP dedicated to defense, Germany falls far short of the target and doesn’t have a clear plan for getting to the NATO benchmark.

Meanwhile, Poland and the Baltic states have sharply increased spending and already have achieved the 2% mark.

Warsaw has said it is taking defense spending a step further, raising levels to at least 3% of its annual economic output in 2023, with a longer-term goal of hitting 5%.

Eight allies — the U.S., the United Kingdom, Greece, Poland, Croatia, Latvia, Lithuania and Estonia — met the 2% mark in 2021, up from just three in 2014, according to NATO data. The alliance’s annual report for 2022 has not yet been issued.