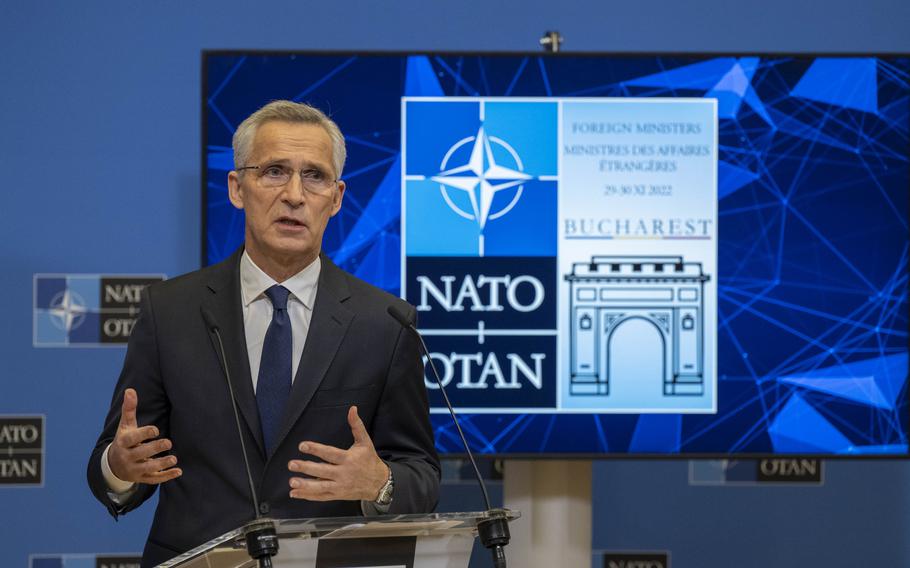 U.S. and other western leaders next week will examine ways to reduce allied dependency on China, a move given added urgency in light of how Moscow’s war on Ukraine exposed Europe’s overreliance on Russian energy, NATO’s top official said Friday.

“The war in Ukraine has demonstrated our dangerous dependency on Russian gas,” NATO Secretary-General Jens Stoltenberg told reporters Friday at allied headquarters in Brussels. “So we must assess our dependencies on other authoritarian regimes, not least China.”

The focus on China during a meeting of foreign ministers Nov. 29-30 in Bucharest comes as the Russian war on Ukraine enters its 10th month. The consequences of the conflict have rippled across Europe in economic terms, with energy prices soaring as the flow of cheap energy from Russia has sharply declined.

For Europe, the effect of the war in Ukraine raises questions about the implications if a similar economic severing occurred with China, which controls ports in parts of Europe, influences global supply chains and dominates in areas such as rare earth minerals.

“We must manage the risks, reduce our vulnerabilities and increase our resilience,” Stoltenberg said. 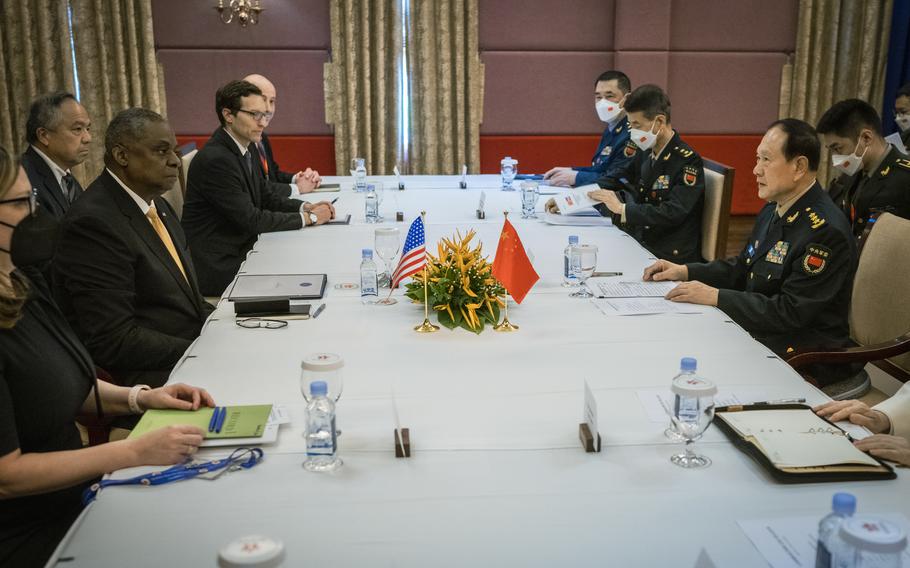 At NATO’s Madrid summit in June, the allies for the first time singled out China in their new strategic concept, saying Beijing’s “ambitions and coercive policies” are a threat to the international order.

At the foreign ministers meeting next week in Bucharest, U.S. Secretary of State Antony Blinken and other diplomats will attempt to take the next step: figuring what exactly can be done to limit the allied exposure.

“China is not an adversary, but it is stepping up military modernization. Increasing its presence from the Arctic to the Western Balkans, from space to cyberspace. And seeking to control the critical infrastructure of NATO allies,” Stoltenberg said.

Meanwhile, Stoltenberg reaffirmed NATO’s intention to continue providing military support to Ukraine over the long-haul, drawing a link between the outcome of that conflict and preventing other ones like it in the future.

“If we let Putin win, all of us will pay a much higher price, for many years to come,” Stoltenberg said. “If Putin and other authoritarian leaders see that force is rewarded, they will use force again to achieve their goals. That would make our world more dangerous. And all of us more vulnerable.”