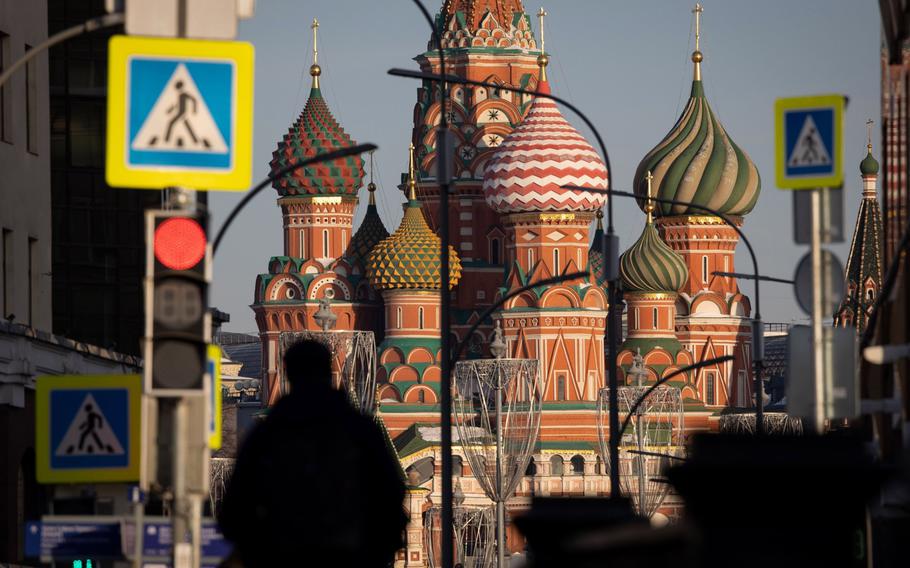 In the latest reflection of the Kremlin's expanding war effort, bomb shelters across Russia are being brought back to life after more than three decades of neglect since the end of the Cold War.

State workers are quietly checking basements and other protected facilities, repairing and cleaning installations not used since the Soviet era, according to people familiar with the efforts.

The moves are part of a broader push by authorities to make sure civil-defense infrastructure is ready in case of a wider conflict, people familiar with the situation said, speaking on condition of anonymity to discuss matters that aren't public.

The campaign hasn't been officially announced and isn't driven by any particular threats or plans to make use of the civil-defense infrastructure, the people said. But after the Kremlin's sudden call-up of 300,000 reservists starting in September was plagued by bureaucratic bungles and setbacks, the authorities are taking no chances with other war-related preparations.

The bomb-shelter drive is another example of how the invasion, now in its ninth month, is triggering a broader militarization of Russian society. Kremlin officials portray the war as an existential one between Russia and the U.S., a characterization Washington rejects. Russian education officials this week said they would reinstate Soviet-era basic military training in schools across the country starting next year.

"This looks like a federal order," said Mikhail Vinogradov, analyst at the St. Petersburg Politics Foundation. "But it could also be an effort by all these civil-defense agencies to demonstrate their usefulness and that they're actually doing something."

Ukraine doesn't appear to have struck targets in Russia beyond zones near the border and officials in Kyiv say their goal is only to drive Kremlin troops from their territory. The U.S. and its allies have limited supplies to Ukraine of some offensive and long-range weapons to avoid the risk of escalation and denounced Russia's threats to use nuclear arms as irresponsible.

In the few Russian regions close to the war zone where attacks have spilled across the border, officials have publicly confirmed the bomb-shelter drive. A top Kremlin security official, Nikolai Patrushev, ordered a full inventory of bomb shelters across southern Russia in April, demanding any that had been taken from federal ownership be returned.

But the inspections and cleanups of civil-defense facilities, which were commonly built in the basements of apartment buildings, schools and government offices in the Soviet era, are taking place in cities across the country, according to the people familiar with the situation.

Word of some of them has leaked out in social media at times, prompting local officials to deny any special campaign. Last month, the health ministry issued a statement to say it's not installing operating rooms in shelters, while Moscow education officials denied schools are being checked.

But the efforts have already entered the public consciousness. One Moscow realtor said some of her clients have begun to inquire about whether apartments she's offering have bomb shelters in the building, now seeing them as a valuable amenity. She spoke on condition of anonymity for fear of repercussions.

In Ukraine, bomb shelters have saved countless lives amid continuing Russian missile strikes on cities and other civilian targets. Authorities in some cities have installed special outdoor ones at bus stops and other locations to make them easier to access. Metro stations have also regularly served to protect residents of major cities.