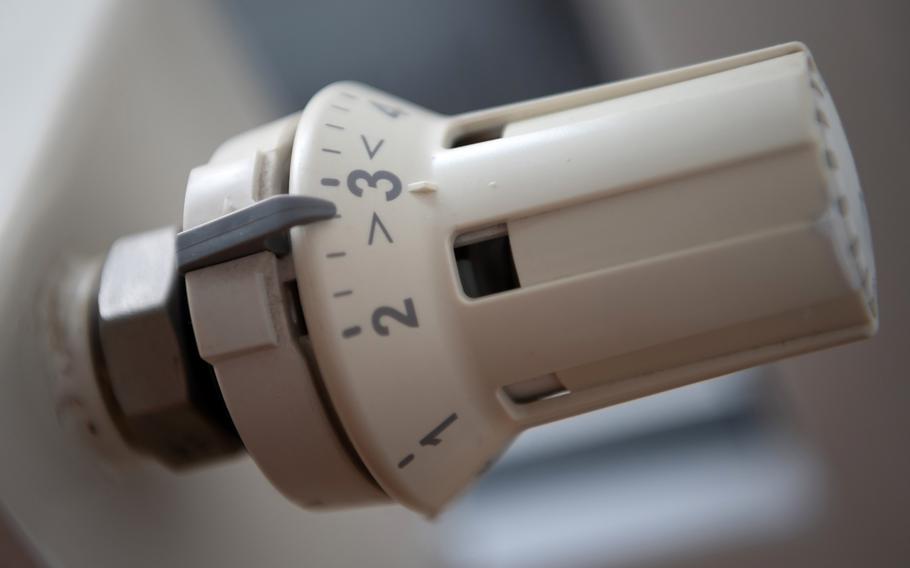 U.S. commands throughout Europe are seeking utility data from service members and their families to see if an out-of-cycle utility allowance increase is warranted. Steep utility hikes have already occurred and may continue, energy analysts have said. (Phillip Walter Wellman/Stars and Stripes)

KAISERSLAUTERN, Germany — U.S. military households in Europe that are struggling with soaring gas and electricity costs may see some relief as armed forces leaders push for an early review of utility expenses.

Military commands from all services across the theater are asking service members whose bills are exceeding their allowances to provide their leadership with documentation, such as receipts or rate increase letters, officials said this week.

If the data supports it, a utility rate increase could come as soon as January, about six months ahead of the normal cycle of adjustments.

Only service members are being asked to provide data for now, U.S. Army Europe and Africa said Wednesday. Utility allowances for civilians are handled through the State Department.

The requested information “would highlight and capture the rapidly changing utility cost environment our members and families are living in,” said Sandra Archer, a spokeswoman for the 86th Airlift Wing at Ramstein Air Base, which is participating in the voluntary data collection.

The information collected from the commands will be included in a report that goes to the Pentagon’s allowances branch by Nov. 18, officials said Wednesday.

It remains to be seen whether more money for utilities will be granted. The timing of the additional allowance, if approved, is also uncertain, military officials in Germany said this week.

But earlier this year, after the annual housing allowance utility survey was completed, increases were in place in roughly 45 days, USAREUR-AF said.

This summer, utility and maintenance allowances in Germany and Italy for personnel with dependents who pay their own utility bills increased on average by 170 euros and 230 euros, according to USAREUR-AF. Personnel without dependents received 25% less of an increase.

Military leaders have heard anecdotally from families strapped by skyrocketing utility bills since Russia launched a full-scale invasion of Ukraine in late February.

Russia subsequently cut off natural gas supplies to the Continent in retaliation for economic sanctions imposed because of the war.

Prices for natural gas have come down some since hitting an all-time high in August, but analysts are warning that Europe’s energy crisis is far from over, CNBC reported in late October.

After Ramstein’s Command Chief Master Sgt. Charmaine Kelley posted on Facebook about the voluntary data collection this week, she heard from one person facing a huge utility increase, from 174 euros a month last year to an estimated 818 euros per month.

“That’s just for electric and gas and using much less than we did last year,” the comment said. “Our house is only about 205 sq meters and we keep most rooms turned off.”

Kelley said unit leaders will “break down what documents to submit and what information to provide.”