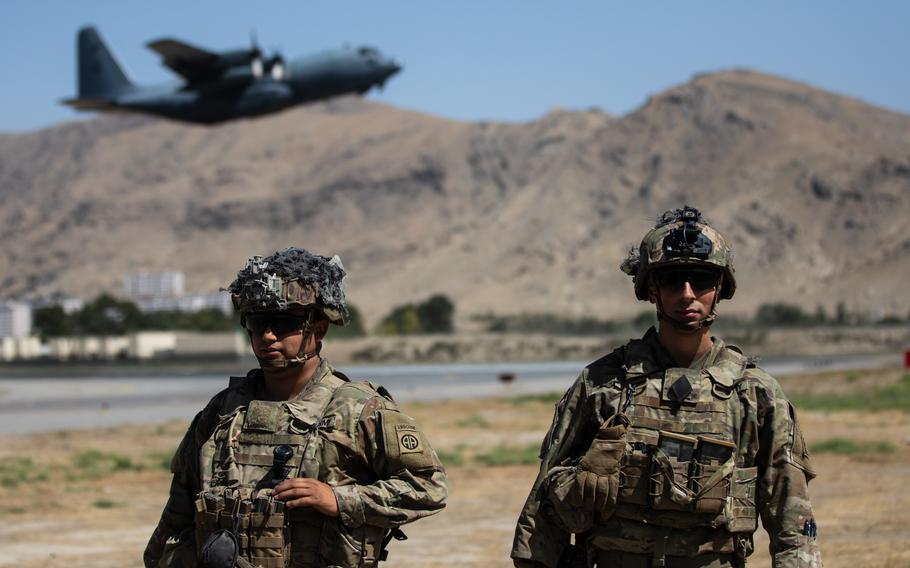 The United States’ newly released national security strategy calls for restrained use of the American military in the Middle East.

Instead, it prioritizes “out-competing China and constraining Russia” while criticizing the expanded missions of U.S. wars in recent decades.

“We will not use our military to change regimes or remake societies,” the document says. “We have too often defaulted to military-centric policies underpinned by an unrealistic faith in force and regime change to deliver sustainable outcomes.”

Much of the document concerns competition with Russia and China. Russia is mentioned 71 times in the document, and China is mentioned 55 times. The Middle East is written only 11 times, Afghanistan is said four times, and Iraq and Saudi Arabia go unmentioned.

Devoting fewer resources to the Middle East would allow the Pentagon to concentrate on deterring China from attacking Taiwan or other territories in Asia and to keep focusing on Russia, which is waging an unprovoked war in Ukraine.

“I see more continuity than change,” said Michael Eisenstadt, a fellow at the Washington Institute for Near East Policy. “They're further providing affirmation of a policy we've been attempting for a decade.”

Biden’s national security strategy will prioritize defensive alliances and says the U.S. will deepen Israel’s growing ties to its neighbors and other Arab states. 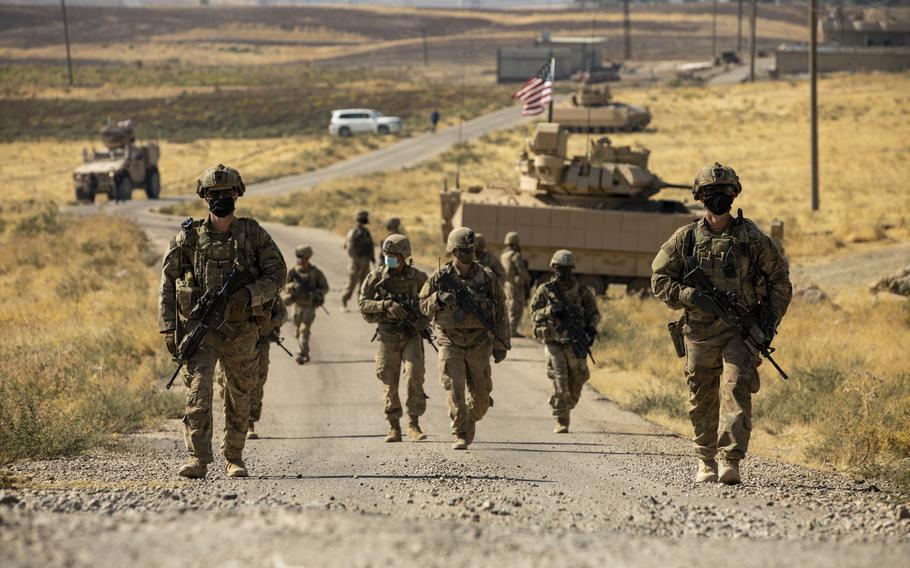 Soldiers with the 1st Battalion, 6th Infantry Regiment make their way to an oil production facility in Syria to meet with its management team in 2020. A new U.S. security strategy document deemphasizes the Middle East, instead focusing on Russia and China. (Jensen Guillory/U.S. Army)

Israel was absorbed into U.S. Central Command’s area of responsibility last year. The realignment came after Israel signed the Trump administration-backed Abraham Accords with leaders of Bahrain and the United Arab Emirates on Sept. 15, 2020.

“Our hope is the Abraham Accords create a way to advance our interests without having as big of a presence in the past,” Eisenstadt said.

Defensive alliances of countries in the region could lessen the need for U.S. troops, but the U.S. pivot away from the Middle East is already straining relations with countries that have grown accustomed to American protection and high-level diplomatic attention, said Katherine Zimmerman, a fellow at the Washington-based American Enterprise Institute.

“We’ve been working side by side with these partners for a long time in their defense for our own interests, and now we’re asking them to defend themselves,” Zimmerman said. “That’s generating some of the tension.”

A 2021 federal review of troop deployments directed the Pentagon to assess its “enduring posture requirements in the Middle East.”

Although the U.S. ended combat operations in Iraq and Afghanistan, winding down its presence in the Middle East has been a difficult process and will continue to be so, experts said.

“The real question, as always, is how the Biden team deals with unforeseen events in the Middle East,” said Stephen Sestanovich, ambassador at large for the former Soviet Union under President Bill Clinton.

An Iranian crisis over nuclear weapons or protests calling for regime change may bring U.S. attention back to the region, analysts said.