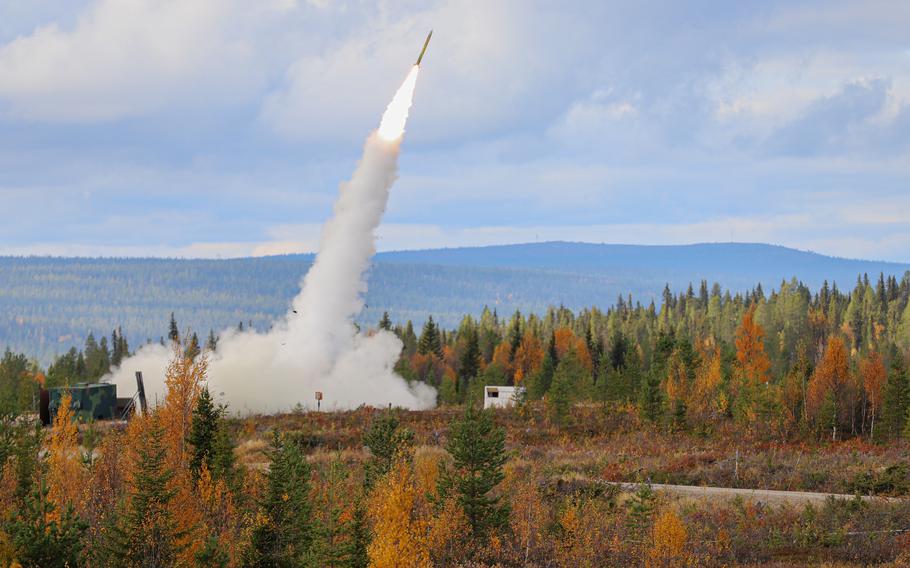 The Pentagon will soon ship four more U.S. rocket artillery systems to Ukraine to bolster the ongoing counteroffensive by Ukrainian troops to recapture territory in the country’s south and east held for months by Russian invaders, the Defense Department announced Tuesday.

The four new High Mobility Artillery Rocket Systems, or HIMARS, will be sent as part of a $625 million weapons package that also includes 32 howitzer cannons, 200 Mine-Resistant Ambush Protected Vehicles, or MRAPs, and thousands of rounds of ammunition, according to a Pentagon statement. The weapons come from the Pentagon’s existing inventory and mark the 22nd time that President Joe Biden has authorized a transfer of such U.S. weapons to Ukraine since August 2021.

The package was specifically designed for the Ukrainian counteroffensive, which has driven Russian forces out of several towns and villages in south and eastern Ukraine, said Laura Cooper, the Pentagon’s top official for Russia, Ukraine and Eurasia. The U.S. aid should arrive in “days to weeks,” and includes only weapons that Ukrainian troops have been trained to operate, she said.

“Ukraine has demonstrated the ability to use these capabilities to degrade Russian logistics and command and control — creating opportunities for Ukraine to maneuver and to advance,” Cooper told reporters Tuesday at the Pentagon. “This has created … a change in battlefield dynamics, even as the Russian government moves legislation today to claim parts of Ukrainian territory illegitimately.

“The reality on the ground is that the Ukrainian armed forces continue to reclaim territory and to consolidate their gains.”

The new package is the first to include HIMARS since July. The U.S. has provided 20 of the key rocket systems to Ukraine. The HIMARS system can strike targets up to 50 miles away and Ukrainian forces credited them with allowing troops to strike deeper into Russian held territory and target command and control and logistics nodes behind their front lines.

Cooper said the United States determined it could transfer the weapons without impacting the U.S. military’s combat readiness at this time. All of the weapons being sent to Ukraine were specifically requested by Kyiv’s government, she said.

Ukraine also has requested even longer-range weapons, but Cooper said Pentagon officials believe the HIMARs are capable of striking “the vast majority of targets” in Ukraine, including those on the Crimean Peninsula, which Russia illegally annexed in 2014.

The Pentagon has now provided some $17.5 billion in weapons to Ukraine since January 2021, including some $16.8 billion since Russia invaded the neighboring country in February, according to the Defense Department.

Secretary of State Antony Blinken said the new round of weapons deliveries is at least in part a response to Russia’s illegal claims of annexations of four Ukrainian regions.

“Recent developments from Russia’s sham referenda and attempted annexation to new revelations of brutality against civilians in Ukrainian territory formerly controlled by Russia only strengthens our resolve,” Blinken said in a statement issued Tuesday. “United with our allies and partners from 50 nations, we are delivering the arms and equipment that Ukraine’s forces are utilizing so effectively today in a successful counter-offensive to take back their lands seized illegally by Russia.”

Last month, the United States also announced it would provide additional funding through the Ukraine Security Assistance Initiative to provide Ukraine another 18 HIMARS systems, which will be built and shipped during the coming years.

“We will continue to stand with the people of Ukraine as they defend their freedom and independence with extraordinary courage and boundless determination,” Blinken said. “The capabilities we are delivering are carefully calibrated to make the most difference on the battlefield and strengthen Ukraine’s hand at the negotiating table when the time is right.” 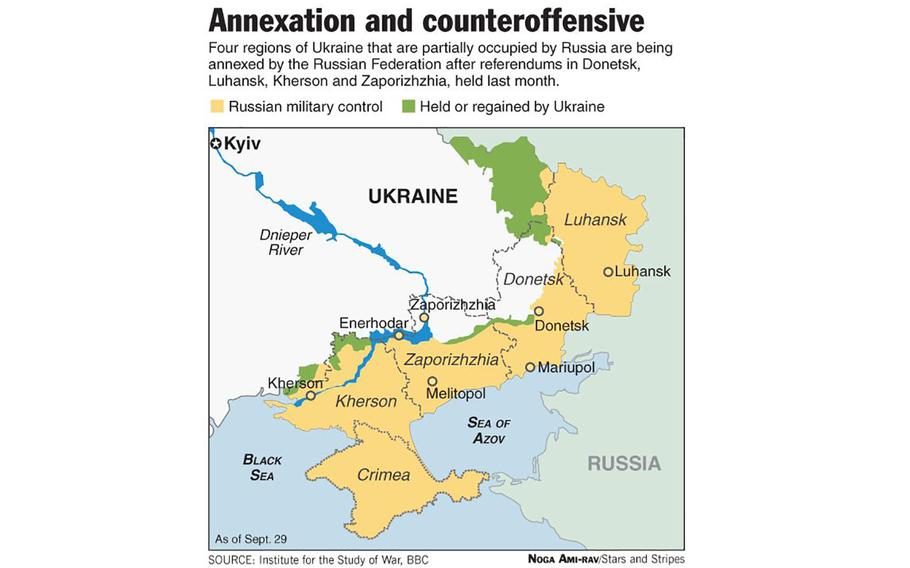