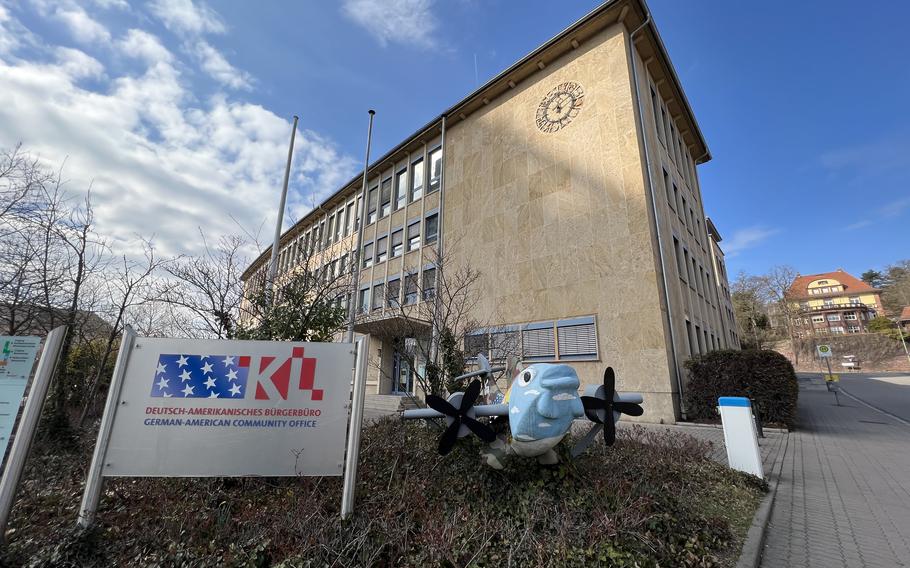 The anecdotal findings are still preliminary as part of the ongoing survey, dubbed “Kasernen im Kopf,” which translates to “Barracks in Mind.”

The research explores the state of interpersonal relations between Germans and the Kaiserslautern Military Community, which numbers about 50,000, making it the largest such community overseas.

But the answers from survey respondents also may reflect broader trends, including a Pew survey released in June that showed 83% of Germans viewed the U.S. as a reliable partner, up 11 percentage points from the year before.

Allison Haskins began her research last October under the auspices of the Atlantic Academy, a think tank founded and funded by the state of Rheinland-Pfalz. The project is also supported by the Alexander von Humboldt Foundation.

People can participate in Haskins’ research by answering five questions via an anonymous survey at https://forms.gle/sVLAN7XRWkJBJ5CG7. She’s looking for more feedback from Americans. 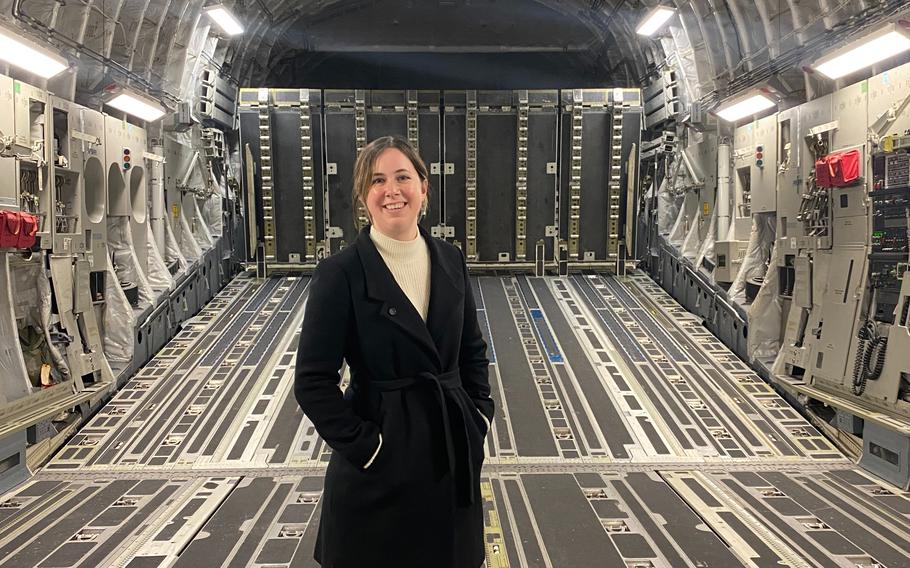 Allison Haskins in the cargo bay of a C-17 Globemaster III while visiting Ramstein Air Base, Germany, in October 2021. Under a project sponsored by the Atlantic Academy think tank in the state of Rheinland-Pfalz, Haskins examines community relations between Germans and Americans. (Allison Haskins)

In the Kaiserslautern area, which includes Ramstein and several Army installations, most major stores have English speakers, and Germans and Americans share many of the same spaces.

However, some say that the communities have intermingled much less since the 9/11 attacks, which resulted in restricted access to most U.S. bases worldwide.

The area includes Germans “who appreciate the base, what it brings economically, and then there’s a minority who are very against it,” Haskins said.

Germans she’s interviewed emphasize, though, that they don’t hate the Americans but are “very against the war machine, the military complex,” she said.

Haskins hopes her research will better inform how U.S.-German relations are shaped through the military and what larger influence it has on how people from both countries perceive each other.

To find out more about the project, go to https://www.atlantische-akademie.de/en/programm/kasernen.