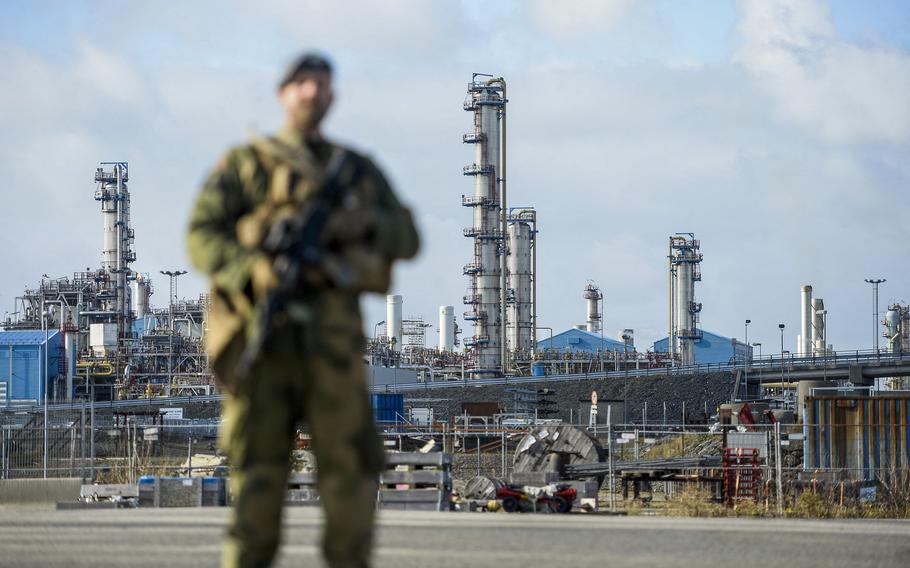 (Tribune News Service) — NATO allies are struggling to work out how to better safeguard undersea critical infrastructure after the Nord Stream pipelines blasts laid bare the difficulty of monitoring facilities and identifying any attackers.

The sheer scale and underwater depth of assets such as pipelines — or data cables that allow the internet to function — heighten the challenge for governments. With most systems owned by private companies, proving which government may have sponsored an attack is even more complex.

“We’ve had a theoretical concern that it could be vulnerable but until these Nord Stream explosions, we have not seen an incident like this on that infrastructure,” said Kristine Berzina, a senior fellow for security and defense policy at the German Marshall Fund in Washington, D.C. “Now this sets off lots of worries about what other kind of infrastructure can be targeted.”

Russia’s bellicose rhetoric and steps to throttle Europe’s energy supplies have sparked concern that Moscow might target crucial underwater infrastructure like the pipelines from Norway that supply more than a fifth of the continent’s natural gas, or some of the 400 undersea data cables that carry about 98% of international internet data and telephone traffic around the world.

The cause of the damage to the Nord Stream pipelines so far remains unknown. European Union leaders have widely condemned it as sabotage but only Poland has directly blamed Russia. President Vladimir Putin said last week the pipelines had been attacked by “Anglo-Saxons.”

Danish, Swedish and German officials are still investigating the causes, a process that can take weeks. Researchers have previously warned that Russia has both the military capabilities and knowledge of where undersea cables and infrastructure is located. Russian military ships have also often been sighted near cables or pipelines, for instance, when they’ve been laid down.

Allies of the North Atlantic Treaty Organization have rushed to deploy military vessels and planes to monitor the Baltic and North Seas to prevent another such attack. Norway has stepped up patrols of its energy facilities after an abnormally high number of drones were sighted. The Italian Navy is reinforcing protection of strategic trans-Mediterranean pipelines.

Norway’s security service, however, lacks tools to prevent sabotage against the country’s energy facilities while such risks have increased, public broadcaster NRK cited the agency’s Deputy Chief Hedvig Moe as saying. While the service can prevent and investigate terrorist threats using so-called invasive methods, such as wiretapping and data mining, it can’t use such means to prevent sabotage, Moe was quoted as saying.

At a meeting of NATO defense ministers in 2020, the military alliance produced a report underscoring the vulnerabilities related to undersea cables and the importance of protecting undersea infrastructure.

“It is important to understand that most of these cables are privately owned and it’s publicly known where they are,” NATO Secretary General Jens Stoltenberg said at the time. “And that makes them potentially vulnerable.”

Wojciech Lorenz, an analyst at the Polish Institute of International Affairs, said the Nord Stream pipeline damage displayed the typical hallmarks of hybrid warfare, combining plausible deniability and falling under the threshold of open conflict.

“Even if we don’t know who’s behind the attacks, Russia can use it for its own purposes,” Lorenz said, adding Moscow could exert pressure on some countries not to support sanctions as well as divert attention from Russia’s annexation of Ukrainian territories.

The Nord Stream damage also comes as the Ukrainian military continues to drive Russian forces out of large parts of its country, which Berzina said could be yet another factor that points the blame toward Russia as Moscow may seek to distract from its failures.

NATO’s response to last month’s explosions is likely to be somewhat limited, since Swedish and Danish officials have noted the pipeline damage took place in their economic zones, not directly in their territorial waters

Alliance members could instead take other action including sanctions or more military aid for Ukraine in the event that Russia is behind the attack, according to a European diplomat.

NATO’s reaction might look different if Russia strikes a facility in territorial waters of one of the allies, which would potentially trigger the collective defense provisions in Article 5 of its treaty, according to Berzina.

“We should be concerned this could be a test run for a future situation that would meet those criteria,” she said.