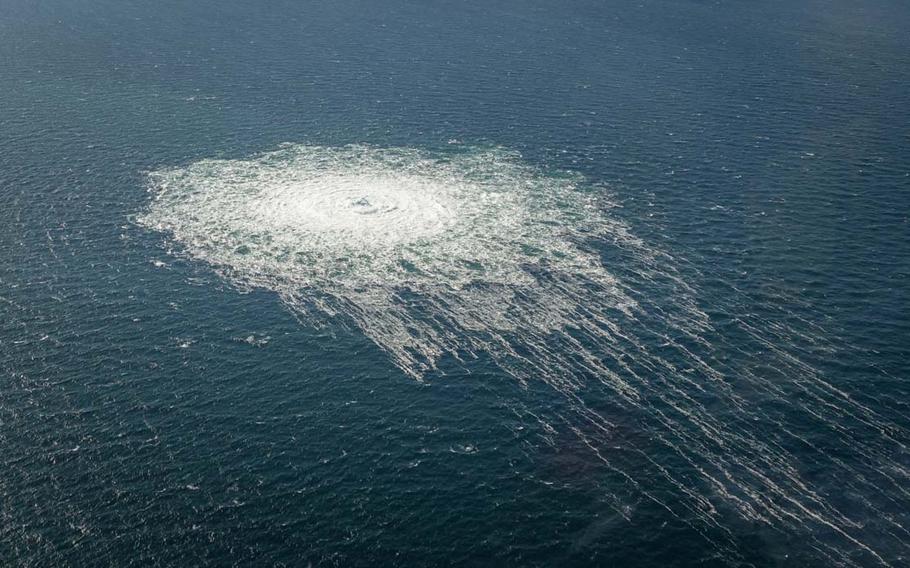 The U.S.-led NATO alliance said Thursday that all signs point to sabotage of the Nord Stream gas pipelines between Russia and Europe in the Baltic Sea after leaks were discovered this week in both of them.

The North Atlantic Council, the alliance’s highest decision-making body, said the leaks pose risks to shipping in the area and are causing substantial economic damage.

“We as allies have committed to prepare for, deter and defend against the coercive use of energy and other hybrid tactics by state and nonstate actors,” NATO said. “Any deliberate attack against allies’ critical infrastructure would be met with a united and determined response.”

NATO said all the available information indicates that the damage was caused by “deliberate, reckless and irresponsible acts of sabotage.”

NATO did not name Russia as a suspect, but questions about who was responsible have been swirling.

Russian vessels and submarines were operating in the vicinity of the pipelines in recent days, according to a Thursday report by CNN that cited unidentified European officials.

Meanwhile, the German news magazine Der Spiegel reported this week that Berlin was advised by the CIA in recent weeks that the Nord Stream pipelines could be attacked.

A fourth leak on the Nord Stream pipelines was reported off southern Sweden, the Swedish coast guard said Thursday, as cited in an Associated Press report. Two leaks were found on the Nord Stream 1 pipeline that recently stopped supplying gas, while the other two are on Nord Stream 2 that never started operating.

Although they were not running, both pipelines were filled with gas, which has escaped and bubbled to the surface.

Seismologists in Denmark, Norway and Finland recorded readings indicating explosions prior to the leaks being found, according to the AP report.

The primary owner of the lines is Gazprom, a state-controlled Russian energy company.

Moscow has denied involvement and blamed the U.S. instead.

Energy shortages in connection with Russia’s unprovoked war on Ukraine have sent prices soaring across Europe and raised the prospect of energy rationing in the winter months. The higher prices also are affecting tens of thousands of U.S. service members in Europe, many of whom live off-base and receive limited utilities stipends.

Concerns have been raised about whether Europeans will remain united in their support of Ukraine in the face of high energy costs and the economic damage stemming from the war.

If Russia is responsible for the sabotage, the motive might be to send a message to Europe about even higher costs to come because of its support for Ukraine.

The damage to the pipelines has already ratcheted up the already exorbitant price of gas on the market. European natural gas futures benchmarks Wednesday increased by 11% amid the uncertainty.

Faced with repeated military setbacks in Ukraine, Moscow could intensify its energy war with Europe as it seeks to weaken allied unity and backing of Ukraine in an attempt to get the upper hand.