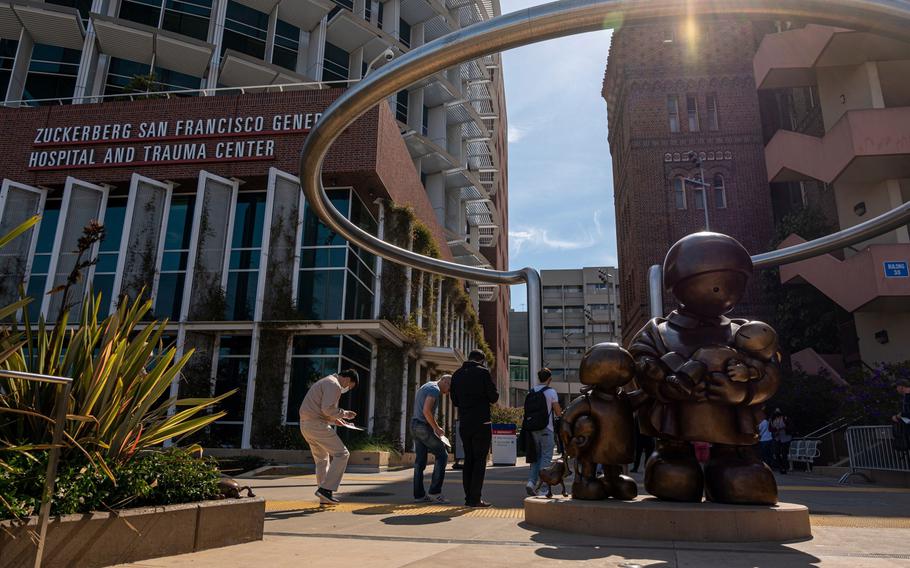 Global monkeypox cases declined for the first time in a month led by a drop in infections across Europe, even as concerns increased about a vaccine supply crunch.

New cases around the world fell 21% in the week ending Aug. 21 from the previous week, as dwindling caseloads in Europe offset a continued rise in the Americas, the World Health Organization said Thursday.

The WHO noted that 16 countries haven't reported new infections for more than three weeks, the maximum incubation period for the disease. The virus has spread to nearly 100 countries, with the global caseload topping 41,000.

"There are signs the outbreak is slowing in Europe where a combination of effective public health measures, behavior change and vaccination are helping to prevent transmission," WHO Director-General Tedros Adhanom Ghebreyesus said at an online briefing Thursday. "However, in Latin America in particular, insufficient awareness or public health measures are combining with a lack of access to vaccines to fan the flames of the outbreak."

The U.S. saw the heaviest increase in the past week and has reported a total of 14,049 cases as of Monday. With a moderating trend in Europe, most of the new infections are being reported in the Americas, primarily among men who have sex with men.

The steady climb in cases over the past few months has prompted countries to scramble for vaccines, and surging demand has strained production at Bavarian Nordic, the Danish producer of the only shot approved for the disease.

Bavarian Nordic has signed a deal with Grand River Aseptic Manufacturing to expand production in the U.S. Health authorities there, in the European Union and in the U.K. have called on clinics to administer shots at lower doses to stretch supplies. It has also agreed to support access to monkeypox vaccine in Latin America and the Caribbean region.

At least 18 million people, defined as men who have sex with men and who either take medication to prevent HIV or already live with an HIV infection, need to be vaccinated against monkeypox, according to an estimate by data analytics firm Airfinity. Given Bavarian Nordic's current manufacturing capacity, all in this group could be vaccinated with one dose by November, Airfinity said.