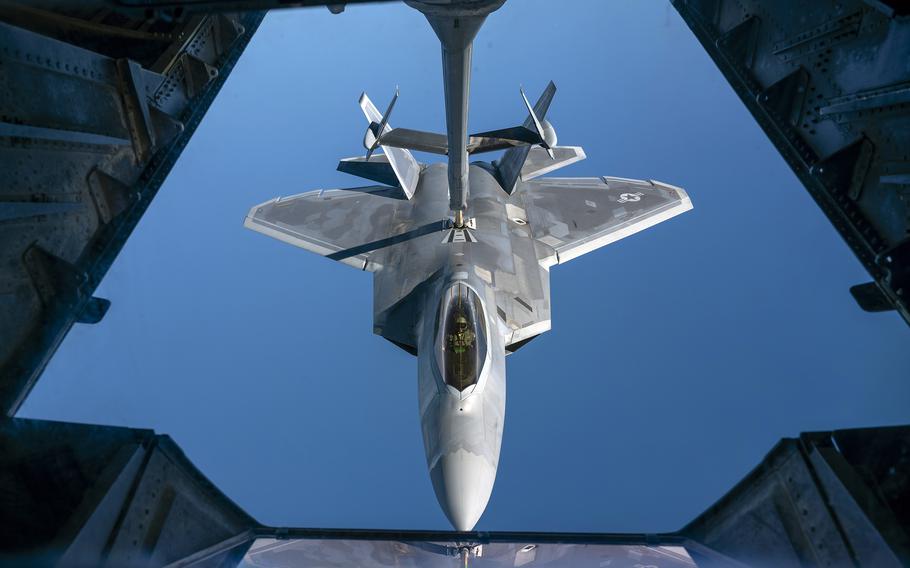 An Air Force F-22 Raptor with the 90th Fighter Squadron, Joint Base Elmendorf-Richardson, Alaska, receives fuel from a KC-10 Extender during refueling over the Gulf of Mexico in November 2021. Six Raptors from the squadron arrived at RAF Lakenheath, England,on July 26, 2022, on their way to Poland, as part of NATO operations. (Staff Sgt. Betty Chevalier)

Six Raptors from the Alaska-based 90th Expeditionary Fighter Squadron arrived Tuesday night at RAF Lakenheath in England, Air Force officials said Wednesday. They will continue on to the 32nd Tactical Air Base in Lask, Poland, according to a service statement on Tuesday, and will supplement the mission to deter Russian aggression on the alliance’s eastern flank.

Plans to bolster defenses in Europe came out of the recent NATO summit in Madrid, where leaders mapped out a new security strategy that accounts for the situation created by Russia’s unprovoked invasion of Ukraine.

Air shielding focuses on adding ground- and air-based missile defense systems to the alliance’s eastern borders, beyond what was deployed there following Russia’s Feb. 24 incursion into Ukraine.

The Raptor is considered the U.S. military’s first fifth-generation aircraft. It is capable of conducting both air-to-air and air-to-ground missions. 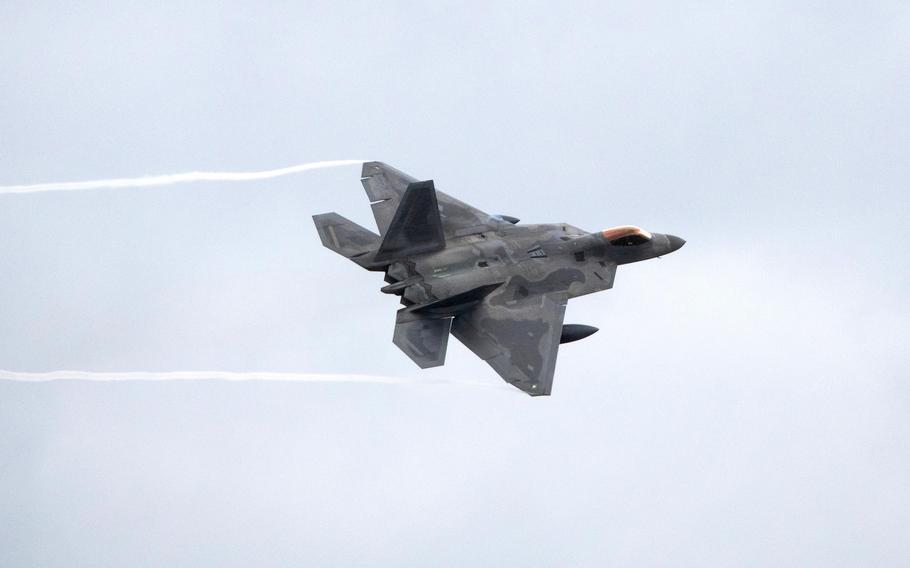 An Air Force F-22 Raptor assigned to the 3rd Wing trains above Joint Base Elmendorf-Richardson, Alaska, July 19, 2022. Six Raptors from the wing's 90th Fighter Squadron arrived at RAF Lakenheath, England, on July 26, on their way to Poland as part of NATO operations. (Patrick Sullivan/U.S. Air Force)