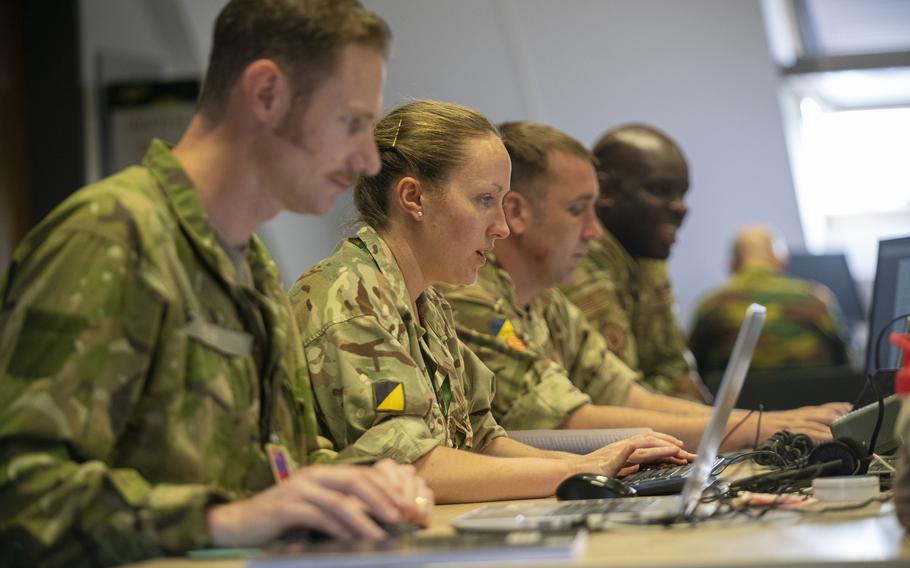 EUCOM Control Center Ukraine staffers from the United Kingdom and United States arrange weapons deliveries to Ukraine from an office at Patch Barracks in Stuttgart, Germany, on June 3, 2022. (Christina Judd/EUCOM)

STUTTGART, Germany — The push to get Western arms into the hands of Ukrainian troops begins here, on the fourth floor of an old Patch Barracks conference hall that has turned U.S. European Command into a nerve center.

Dozens of troops from 26 nations occupy the computer-filled room, where the U.S. and its partners are tasked with ensuring that everything from Stinger missiles and howitzers to drones and long range-artillery gets to secret rally locations.

After the handoffs, Ukrainian convoys, which are high-value targets for the Russians, make their way to the front. And so far, the Russians have been unable to stop them, U.S. military officials said Wednesday.

The reason is “a lack of air support superiority from the Russians,” said Rear Adm. R. Duke Heinz, EUCOM’s top logistician and head of a special task force coordinating efforts to get arms into Ukraine.

To date, more than 78,000 tons of weaponry have made their way to Ukraine via secret routes. The task force, known as the EUCOM Control Center Ukraine, has been at the center of it all.

Formed in March, the multinational cell operates 24 hours a day to stay on top of the latest calls for support coming from Ukraine.

For EUCOM and its partners, the effort to divvy up weapons bears an organizational resemblance to signing up for a wedding registry. 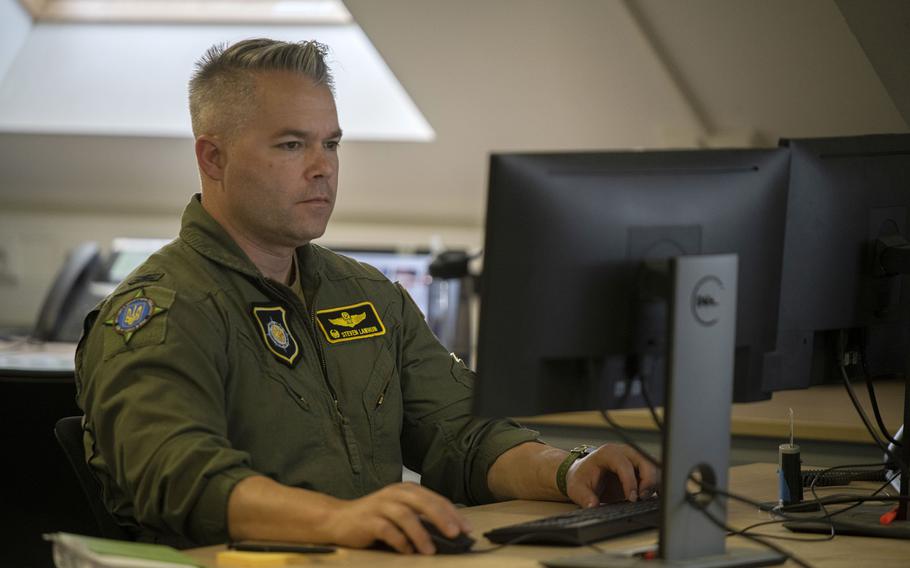 It all begins when a call comes in to the EUCOM center at Patch Barracks with a Ukrainian request. Personnel then determine which nations have the relevant resources.

In some cases, nations will mix and match. For example, on occasion, the British have provided howitzer systems while the Americans supplied the ammunition, officials said.

Once a nation has been matched with a weapons system for delivery and higher-level political decisions to send the weapons have been made, the U.S. and partner forces decide on routes for getting the gear into the hands of Ukraine troops.

Since standing up, the mission has moved in unpredictable directions as events have unfolded in Ukraine, Heinz told a group of reporters visiting EUCOM headquarters Wednesday.

In the beginning, the focus was on getting small arms, ammunition and anti-armor weapons into the country, he said.

Now, the U.S. is delivering more sophisticated systems, including howitzers and High Mobility Artillery Rocket Systems, weapons the White House previously hesitated to supply because of concerns that Russia would view them as escalatory.

“What we know today is very different from what we thought in March,” Heinz said. “I would be cautious to say we won’t do X, we won’t deliver X, to the Ukrainians. … Anything is on the table, frankly.” 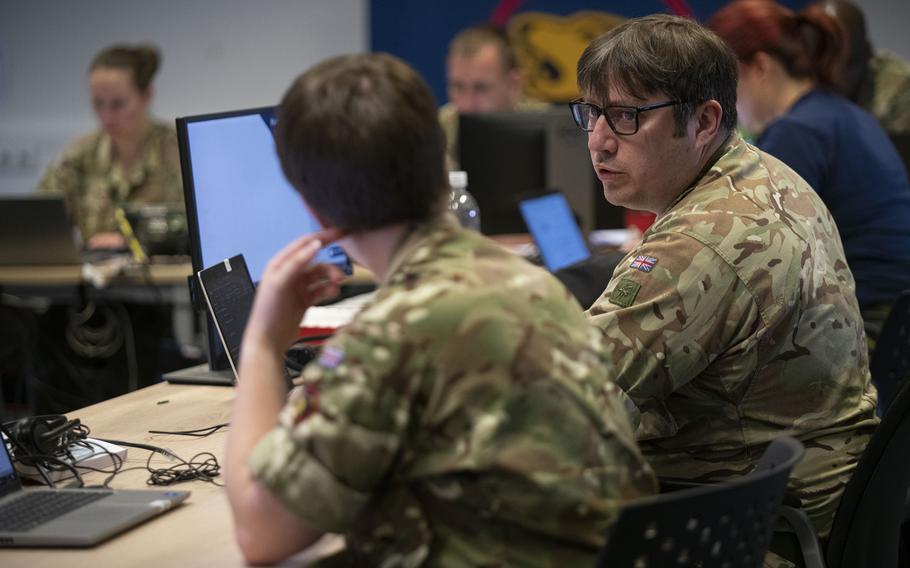 British personnel working at Patch Barracks in Stuttgart, Germany, on June 3, 2022, interact as part of a Ukrainian request for shipment of weapons from Western countries for use in the war against Russia. (Christina Judd/EUCOM)

While Heinz declined to identify the countries involved in the transfers, Poland has emerged as the main hub for allies lending support to Ukraine.

Poland also has been a focal point for American troops who have deployed in response to Russia’s attacks in Ukraine.

Soldiers have set up positions near the border with Ukraine to assist with managing the flow of weapons. In Jasionka, Poland, a newly established “maintenance cell” has been established that has the 405th Army Field Support Brigade assisting Ukrainians on keeping howitzers, HIMARS and Javelins up and running.

The EUCOM cell also coordinates efforts to train Ukrainian forces on the array of systems. On any given day, about 1,000 Ukraine troops are being trained somewhere in Europe, Heinz said.

Still, questions have emerged about what becomes of all the weapons and whether at least some of the hardware has been siphoned off on the black market.

Regarding tracking the exact destination of where the aid ends up, Ukraine hasn’t provided all the details. Understandably so, according to Heinz, given operational security concerns.

“If it was the U.K. or the U.S. executing this type of conflict, we wouldn’t be sharing that information with our allies and partners,” Heinz said. “We would try and be opaque about that.”

But Heinz said he is confident the weapons are going where they are intended, citing Ukraine’s effectiveness in putting the various systems to use on the battlefield against the Russians.