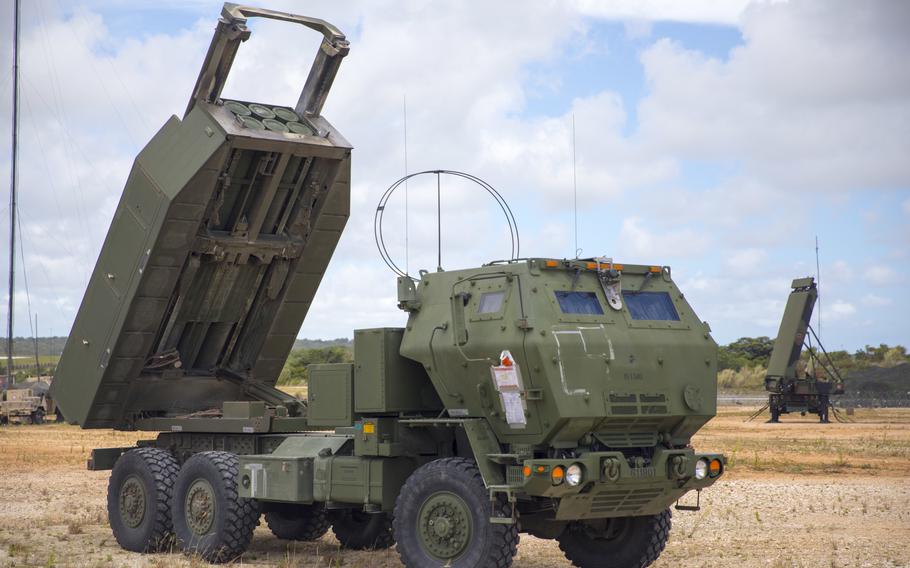 Russian Defense Minister Sergei Shoigu ordered part of his forces to focus on destroying Ukraine’s long-range missile and artillery systems during a visit to troops in occupied territory.

Shoigu “instructed the commander to prioritize the defeat of long-range rocket and artillery weapons of the enemy with high-precision weapons” during a meeting with the military’s Vostok group, the Russian Defense Ministry said in a statement Monday.

It wasn’t clear how much of a change this would represent since Russian troops have tried for months to destroy Ukrainian weapons in a “demilitarization” campaign that’s had mixed success as the U.S. and its European allies step up supplies of equipment to help the government in Kyiv.

Ukraine has received eight advanced U.S.-supplied HIMARS long-range artillery systems in recent weeks capable of striking Russian targets as far as 50 miles away. That has allowed it to hit logistics centers, supply lines and ammunition dumps deep behind the front lines and mostly from beyond the range of Russian artillery. The U.S. has promised to send Ukraine four more HIMARS, while the U.K. has also pledged to supply long-range missile systems.

Ukrainian military intelligence “constantly follows” the movement of Russian command posts and equipment in the occupied territories, Vadym Skibitskyi, a representative of the service, said in televised comments Monday. “The enemy evaluated the threat and started to relocate its storage to further away from the front line.”

Russia’s Defense Ministry claimed Sunday that it had destroyed a HIMARS launcher and transport-loading vehicle in the Donetsk region and struck a warehouse in Odesa containing Harpoon anti-ship weapons.

Ukrainian officials haven’t commented on those claims, which could not be independently verified. Ukraine sees Russian forces struggling to find safe places to store munitions in occupied areas as they increasingly lack transport to move them, Natalia Humeniuk, a spokeswoman for the military’s southern command said on TV.

Shoigu earlier ordered the Russian military in Ukraine to intensify actions “in all operational areas” during a visit to troops in the South and Center groups seeking to take control of Ukraine’s eastern Donbas region, according to the Defense Ministry.

Russia’s military has regrouped for a grinding campaign to try to occupy Ukraine’s eastern Luhansk and Donetsk regions after Ukrainian forces rebuffed its efforts to seize the capital, Kyiv, following President Vladimir Putin’s Feb. 24 invasion order. Five months into the war, Ukraine is moving to try to reclaim parts of the south of the country taken by Russian troops.