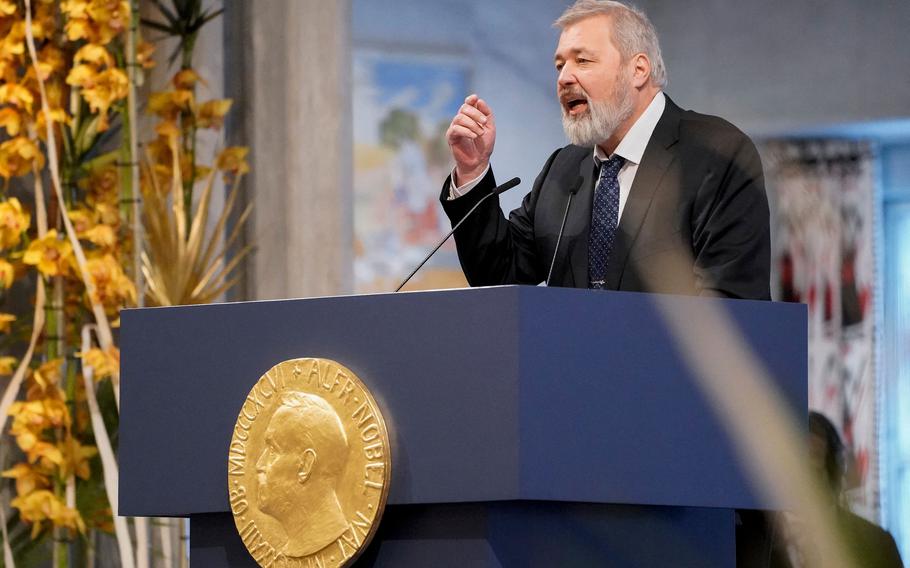 (Tribune News Service) — The Russian editor awarded a Nobel Peace Prize for championing freedom of speech is auctioning his medal to raise funds for Ukrainians who’ve been made into refugees by President Vladimir Putin’s war.

Dmitry Muratov, editor-in-chief of Novaya Gazeta, was awarded the Nobel together with the journalist Maria Ressa of the Philippines last year for their “courageous fight for freedom of expression.” He donated his approximately $500,000 prize money to charity and suspended publication of the newspaper in March after Russia passed legislation restricting reporting on the war, or what the Kremlin calls its “special military operation.”

The sale of his Nobel medal “has to become the beginning of a flash mob, an example to follow, so people auction their valuable possessions to help Ukrainian refugees,” Muratov said in a video released by Heritage Auctions, the New York auction house that is organizing the event.

Bidding, which concludes at 7 p.m. Eastern time on Monday, has already reached $550,000, and proceeds will benefit relief organization UNICEF’s response to aid Ukrainian children displaced by the war, according to its website.

Staff at Novaya Gazeta fully supported the decision as did the Nobel Committee, Muratov said. He co-founded the investigative newspaper in 1993 with backing from former Soviet leader Mikhail Gorbachev. Four of its journalists as well as a lawyer and rights activist who worked with them on investigations have been killed over the years.

In April, Muratov said an assailant attacked him by throwing red paint over him while on a train from Moscow.