Afghan evacuees remain at base in Kosovo for additional screening 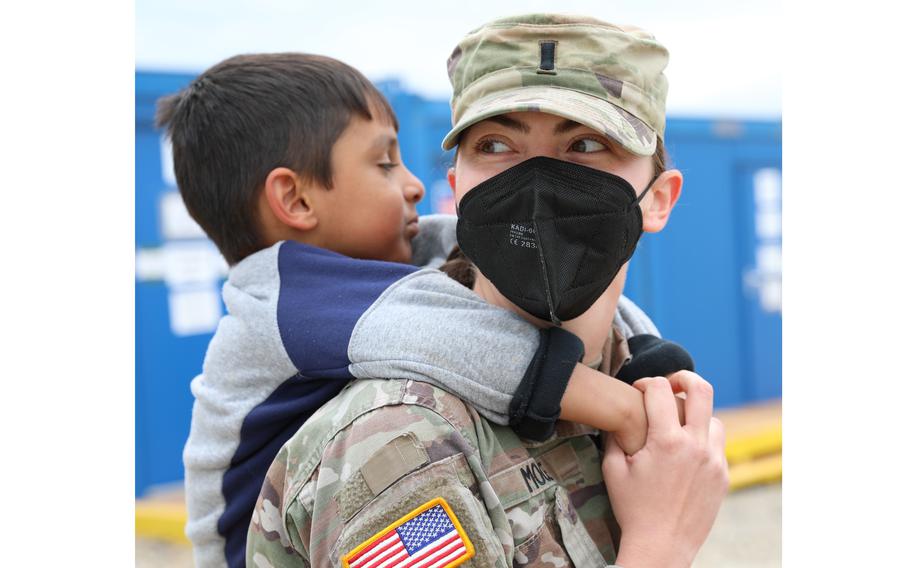 Several hundred Afghan evacuees, some of whom were flagged for security concerns, still reside at a NATO base in Kosovo where they are being processed by U.S. personnel, multiple government officials said this week.

Most of the approximately 200 evacuees at Camp Bondsteel in Kosovo are family members of someone going through additional processing, said a government source who was unauthorized to comment on the record but was familiar with the situation.

A senior Biden administration official acknowledged that some of those at Camp Bondsteel were flagged during vetting for security concerns.

“The fact that some people have been flagged by our counterterrorism, intelligence or law enforcement professionals for additional screening shows our system is working,” said the administration official, who was unauthorized to speak on the record.

U.S. politicians have expressed fears that some of the 120,000 people who were brought out of Afghanistan are security threats or connected to violent groups such as the Taliban or the Islamic State.

About 69,000 Afghan evacuees were transported to bases in Europe and the Middle East for security screening, with most then being flown to bases in the U.S., with a smaller number being moved to Kosovo.

“Some of those whose cases have needed additional processing have been moved to Camp Liya located at Camp Bondsteel in Kosovo,” said a State Department spokesperson, who was unauthorized to speak on the record. 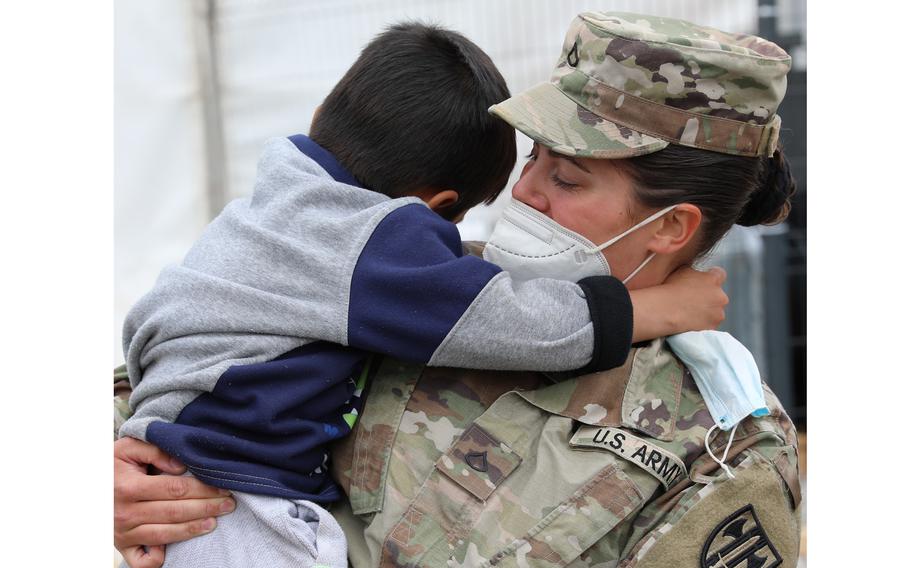 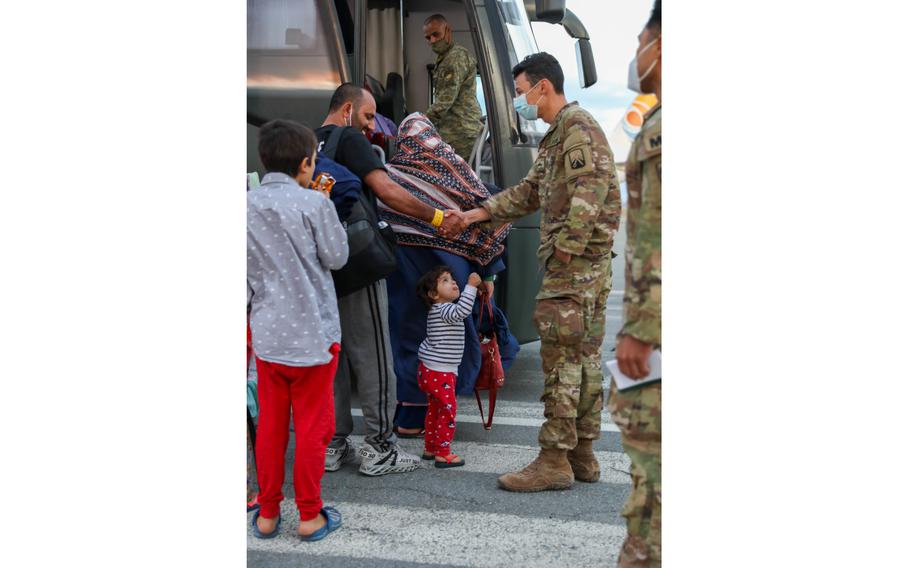 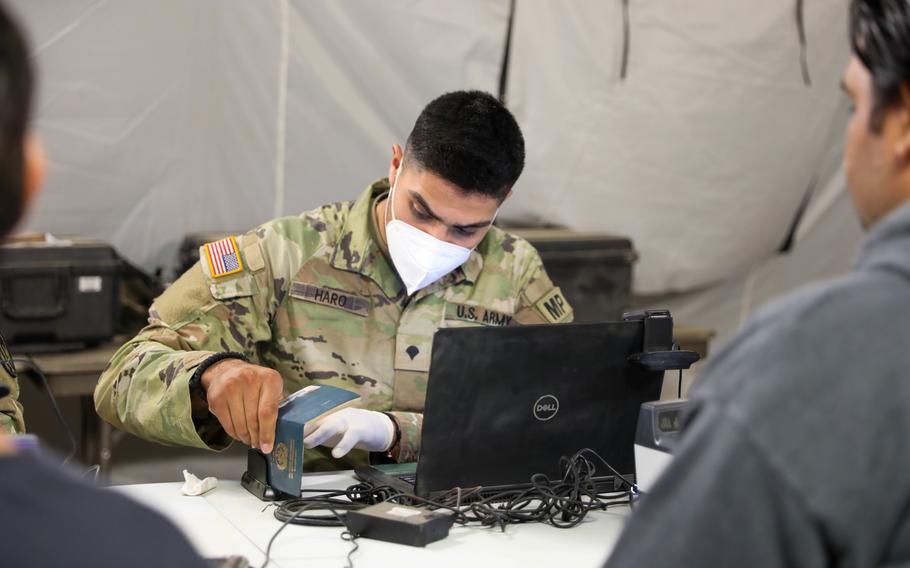 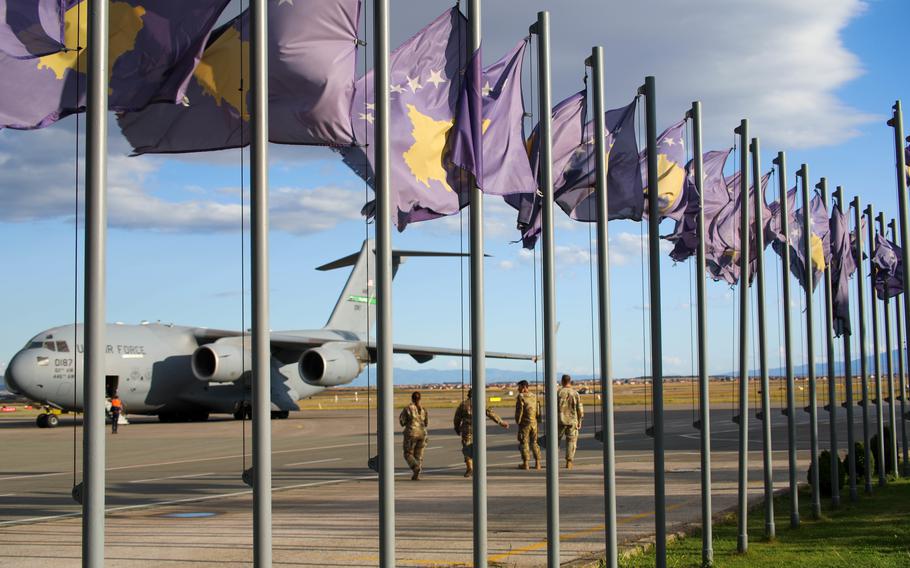 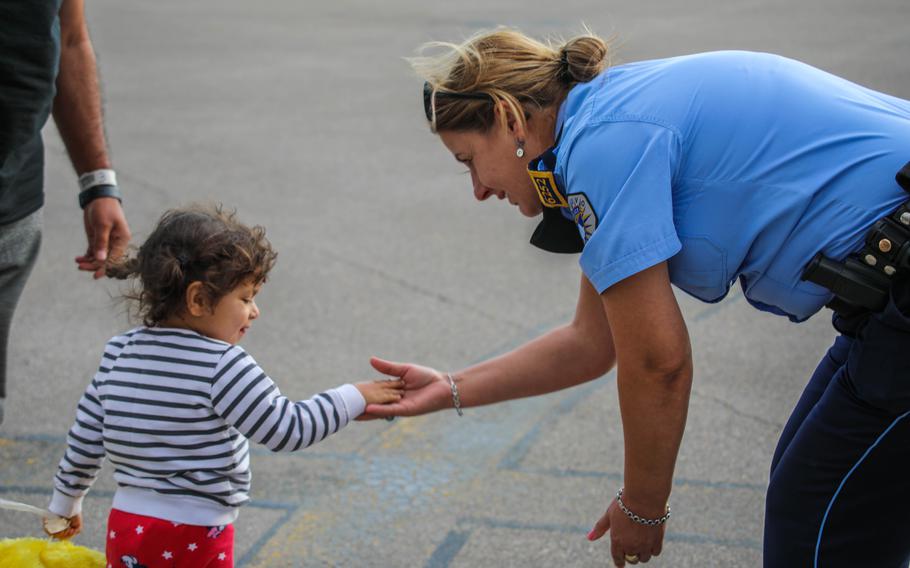 The 955-acre Camp Bondsteel, located in central Kosovo, houses around 1,000 troops from the U.S., Turkey, Poland and Latvia.

These troops are part of a long-running peace-keeping force in the country, which includes elements from 11 state National Guards, as well as Army Reserve and active-duty troops.

At the camp, government officials review their records and move evacuees toward “eventual admission to the United States or resettlement in a third country,” said the spokesperson.

The U.S. military deployed troops to Kosovo to work with the American Embassy in Pristina in an effort dubbed “Task Force Ever Vigilant,” an Army statement in September said. The effort led to a contract to support 1,200 long-term evacuees, a U.S. Army statement said Dec. 21.

Afghans continue to leave the base to head to America, said the spokesperson, who did not respond to a follow-up question about which countries are willing to accept those who are not brought to the U.S.

A spokesman for the military’s U.S. European Command deferred questions to the State Department.

Human rights groups in the region have raised concerns about the lack of transparency regarding U.S. processing of Afghans at Camp Bondsteel, with some expressing worry about the wellbeing and human rights of those at the base, the Belgrade, Serbia-based newspaper Balkan Insight reported.

Kosovo’s Ministry of Foreign Affairs did not respond to a request for comment.

Stars and Stripes reporter Slobodan Lekic contributed to this story.