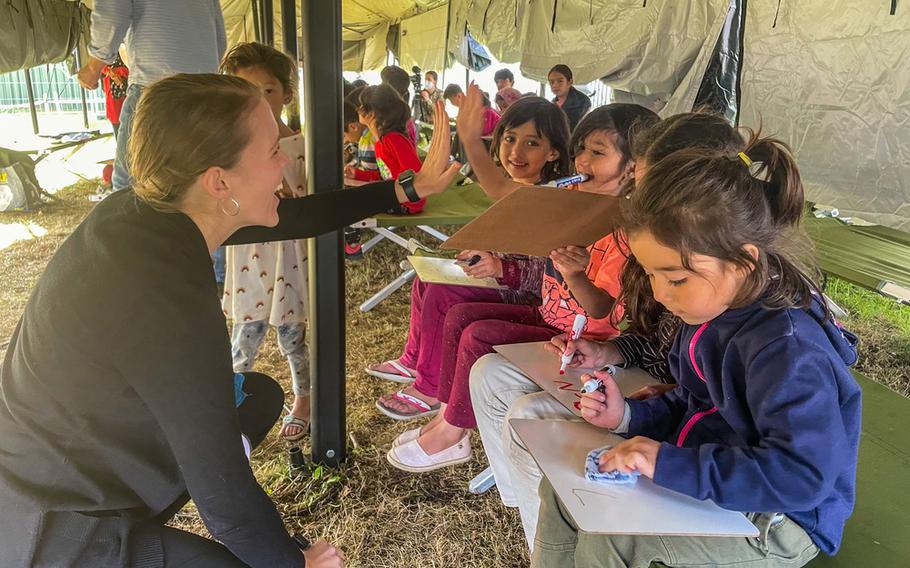 The Army’s lead logistics command in Europe did a good job of housing thousands of Afghan evacuees earlier this year at Rhine Ordnance Barracks, but the effort came at a significant cost to the Defense Department, according to a new Pentagon report.

The 21st Theater Sustainment Command needed $37.5 million in funding to support refugees for just over a month, according to the report, which was published Tuesday. It is based on the findings of a team from the inspector general’s office that visited Rhine Ordnance Barracks in September.

The report did not spell out the specific costs incurred at Rhine Ordnance Barracks. But a similar audit of Ramstein Air Base’s support mission found that from Aug. 18 to Sept. 14, more than $56 million was spent there to house and process nearly 30,000 evacuees.

Rhine Ordnance Barracks housed about 480 refugees on Aug. 25, a number that grew to more than 5,000 by Sept. 23 after Army leadership was tasked with supporting the huge influx of refugees at Ramstein.

The DOD team found that “with limited time to plan for the massive effort,” Rhine Ordnance Barracks personnel provided a safe environment for evacuees, service members and volunteers.

They also offered educational courses and culturally sensitive activities that made refugees’ stay “as enjoyable and useful as possible,” the report said.

The 21st TSC passed on lessons learned to other Army logistics commands. For example, U.S. personnel who worked in the camps were given pocket-size books containing helpful cultural tips and phrases to ease the language barrier.

They were also alerted to the possible danger posed by the matches included in Meal, Ready to Eat kits.

The IG found that Ramstein planned to subsequently spend an additional $50 million in continued efforts to pay for food, labor and other expenses, and Rhine Ordnance Barracks also expected to incur more costs after September, when the audit was conducted.

Rhine Ordnance Barracks avoided some of the initial challenges Ramstein faced, such as long queues for food, by quickly incorporating some of the lessons learned at Ramstein, the inspector general team found.

The 21st TSC developed and shared its own list of lessons learned. These included providing dental care, which turned out to be important because many evacuees had “unaddressed significant oral health conditions,” a letter attached to the report said.

Supplying tea “helped create calmer dispositions within one day,” the command also noted in its letter.

At both bases, the expenditures on refugee care were reimbursed with Overseas Humanitarian, Disaster, and Civic Aid funding.

DOD evacuated more than 120,000 people from Afghanistan in just 17 days as the last U.S. forces pulled out of Afghanistan, ending 20 years of American warfare there.