Russia returns some troops to base after training near Ukraine

(Tribune News Service) — The Russian Defense Ministry said more than 10,000 troops would return to their permanent bases in the Southern Military District after more than a month of training in the region, including in areas near the Ukraine border.

The exercises took place throughout the district, including in the Crimea and Rostov regions that border Ukraine, according to a statement posted Saturday on the ministry’s website.

Ukraine estimates 122,000 Russian troops are within 124 miles of their shared border, up from about 100,000 just weeks ago, as Western nations and officials in Kyiv say Russia continues to amass forces ahead of a potential attack.

A U.S. official, briefing reporters Thursday on condition of anonymity, said the U.S. also sees signs of a stepped up disinformation campaign from Russia, seeking to pin tensions on Kyiv. 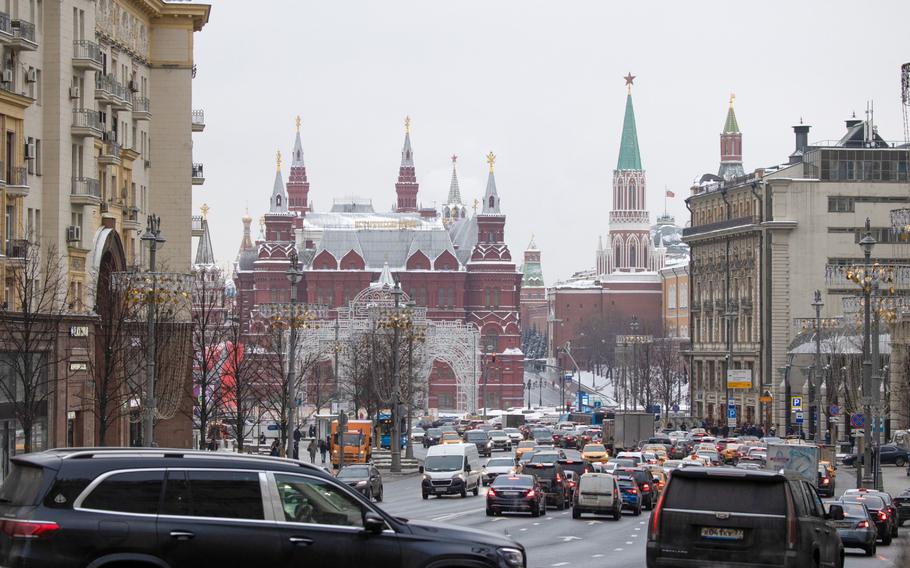 State Historical Museum and the Kremlin Tower on Red Square in Moscow on Dec. 8, 2021. (Andrey Rudakov/Bloomberg)