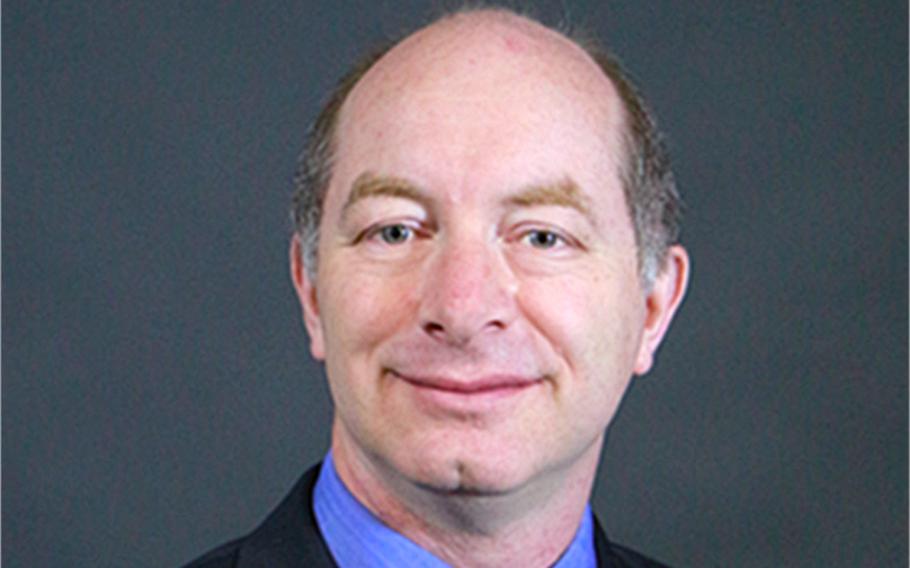 Editor’s note: Stars and Stripes recently spoke with Dmitry Gorenburg, an expert on Russian foreign policy and naval strategy, about tensions in Eastern Europe and what Russian President Vladimir Putin may be thinking when it comes to Ukraine, the Black Sea and geopolitical competition with the U.S.

The U.S. and NATO don’t have the upper hand when it comes to dissuading Russian President Vladmir Putin from taking military action against Ukraine, a Russia foreign policy and naval strategy expert says.

Mistakes such as the 2008 declaration that Georgia and Ukraine should become NATO members have limited options in responding to Russian actions in the Black Sea region, said Dmitry Gorenburg, a senior research scientist at the Arlington, Va.-based think tank CNA.

He said that vague promise has created the worst of both worlds, giving false hope to Ukraine while creating a perception of threat in Moscow. The West may be following a similar track now in providing various forms of military support to Ukraine, he said.

“There is clearly no appetite in NATO or in the Biden administration to actually use military force to defend Ukraine,” Gorenburg said. “As a result, we are left with a situation where the West provides Ukraine with rhetorical support, but everyone understands that Ukraine is likely to be on its own in the event of an actual Russian invasion.”

Economic sanctions, such as those suggested by President Joe Biden during a Tuesday call with Putin, also are likely to have little bite. That’s because Russia has strengthened itself in response to sanctions after it annexed Crimea in 2014, Gorenburg said.

But giving in to Putin’s demands, such as a guarantee that Ukraine will not become a NATO member, likely will only lead to additional demands, he said.

Here is the text of the Stars and Stripes interview with Gorenburg:

Question: Is there the possibility that Putin is enjoying the geopolitical game at the expense of the U.S. and NATO?

Answer: It is not a game for him. There are serious interests at stake for Russia, and the U.S. and NATO would be well-advised to take them into account. There is certainly a geopolitical game going on, but the emphasis is on the geopolitics, not the game. In other words, Putin is seriously concerned about the negative geopolitical consequences for Russia of Ukraine becoming a de facto NATO partner and is taking actions to prevent or counter that trajectory.

Q: What are the U.S. and NATO getting right when it comes to dealing with Putin?

A: It’s good that leaders are paying attention and engaging. I’m not in the camp of people who think that talking to Putin is bad because it gives him legitimacy. It’s critical to maintain channels of communication in order to avoid sleepwalking into an armed conflict.

Q: What do we not know about Putin’s mindset that is important to understand in context of the current situation with Ukraine?

A: Putin clearly does see Ukraine as a “fake nation” and Ukrainians as junior Russians. But that is not the main driving force of this crisis, which is much more focused on the geopolitical competition with the U.S. than directly with the role of Ukraine.

Q: Is increased NATO presence in the Black Sea an effective tool in addressing Putin’s actions?

A: It’s important to have occasional presence to highlight that the Black Sea is not a Russian lake, but unless NATO is willing to come to Ukraine’s assistance in a conflict, I don’t see the value of greater presence. I have no doubt that Putin would be willing to call that bluff should he make the decision to start a war with Ukraine.

Q: How important for Putin is regaining territory lost with the breakup of the Soviet Union?

A.: I don’t think adding back territory is a goal for Russia. The goal is the geopolitical balance with the U.S. and ensuring that the West takes Russia seriously as a major power. If there were to be a war in Ukraine, I would not expect Russia to annex additional territory. Instead, the goal would be to ensure Ukrainian neutrality in exchange for an end to hostilities and a Russian withdrawal from any occupied territories. This would be similar to the scenario in Georgia in 2008.

Q: How much of the Black Sea region does Putin want to control?

A: Putin sees the Black Sea as a critical access point for a potential NATO attack on Russian territory. It is also a critical channel for Russian naval assets to access the Mediterranean. So it is important for Russia to ensure that it has a military advantage in that area. The annexation of Crimea has largely achieved that, just by virtue of the peninsula’s geographic position and the amount of military force Russia can place there.