All Christmas markets in Bavaria called off amid COVID-19 spike 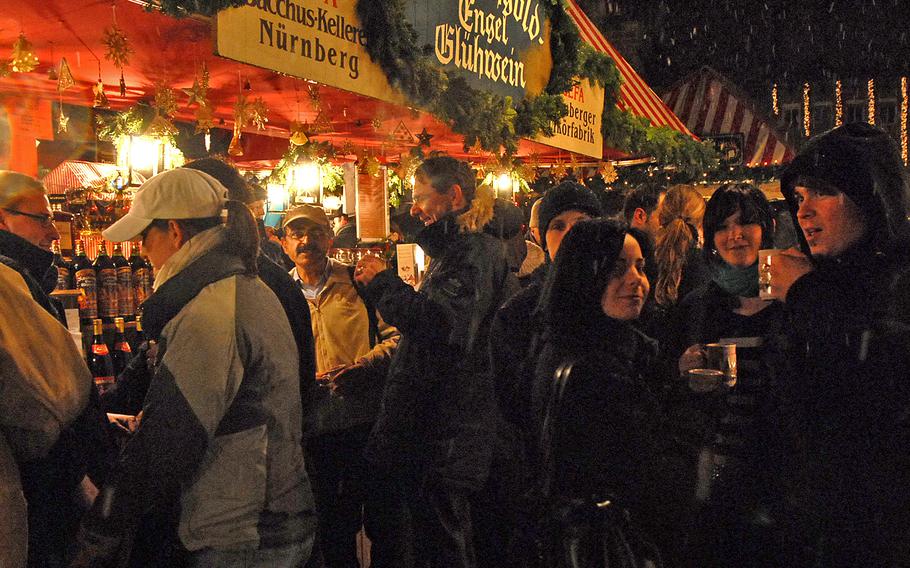 Buy Photo
Visitors to the Nuremberg Christmas market warm themselves with gluehwein on a cold, wet December evening. The German state of Bavaria announced Nov. 19, 2021, that it is canceling all Christmas markets this year. (Michael Abrams/Stars and Stripes)

The German state of Bavaria, home to thousands of U.S. troops, is canceling all Christmas markets statewide because of especially high COVID-19 infection rates, authorities there announced Friday.

In areas where the seven-day average infection rate is more than 1,000 per 100,000 people, such establishments as restaurants, bars, discoes, clubs, cultural facilities and sports venues also must close, the state government said.

Currently eight districts are at that level. The new measures go into effect Wednesday.

In parts of Bavaria where U.S. troops are based, mainly around the towns of Grafenwoehr and Ansbach, rates remain below the level that triggers closure for bars and restaurants. 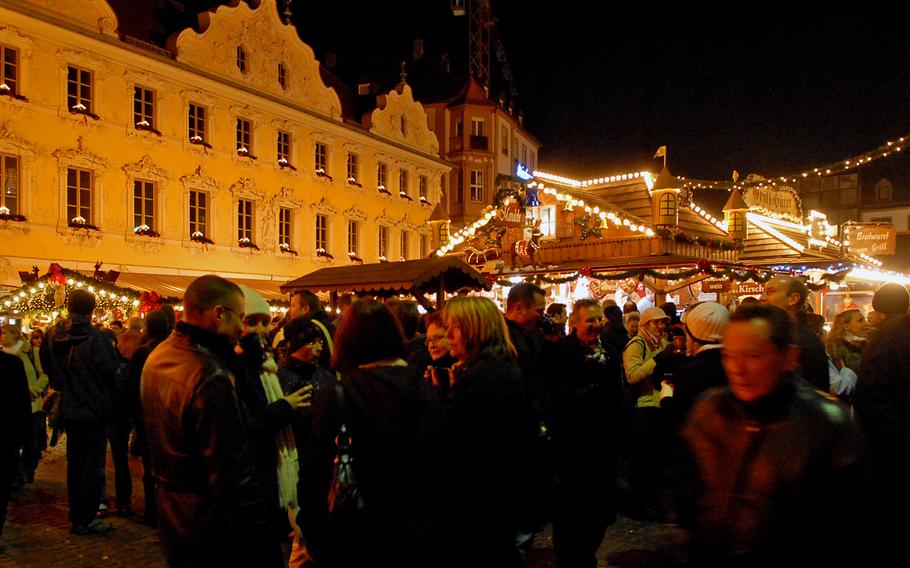 Buy Photo
Wuerzburg's ornate Falkenhaus makes a wonderful backdrop for the city's annual Christmas market. Bavaria announced Nov. 19, 2021, that it is canceling all Christmas markets in the state. (Michael Abrams/Stars and Stripes) 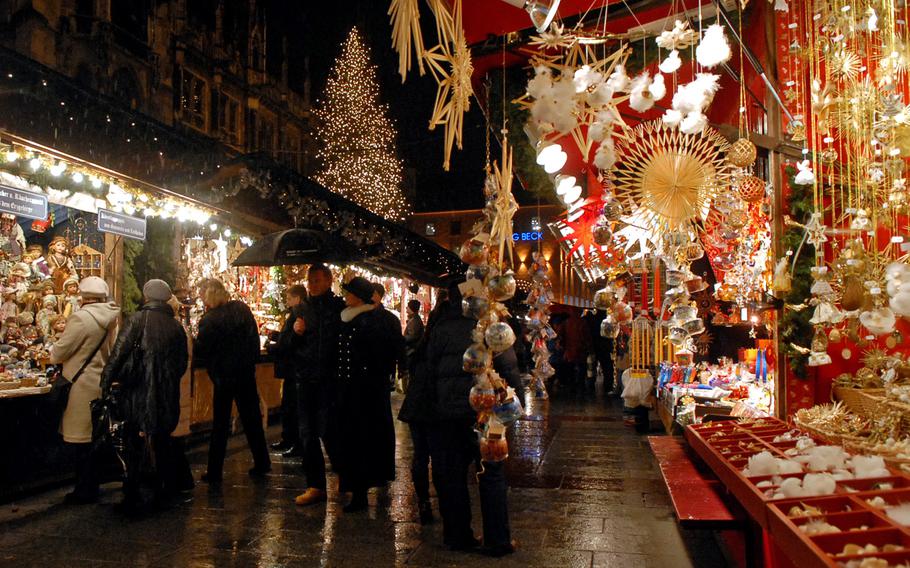 Buy Photo
Visitors brave Munich’s wet, cold December weather to wander around the Christmas market on the Marienplatz. Earlier this month, the city canceled the market, and on Nov. 19, 2021, the state of Bavaria announced that all Christmas markets are canceled. (Michael Abrams/Stars and Stripes)

In Bavaria and some other parts of Germany, there are more restrictions now for unvaccinated people. The so-called 2G rule, which allows access to places such as restaurants and bars only to those who have been vaccinated or have recovered from COVID-19, is also in force in Baden-Wuerttemberg and Rheinland-Pfalz, other states that host U.S. forces.

For now, no decision has been made to close all Christmas markets in Rheinland-Pfalz, Baden-Wuerttemberg or Hessen.